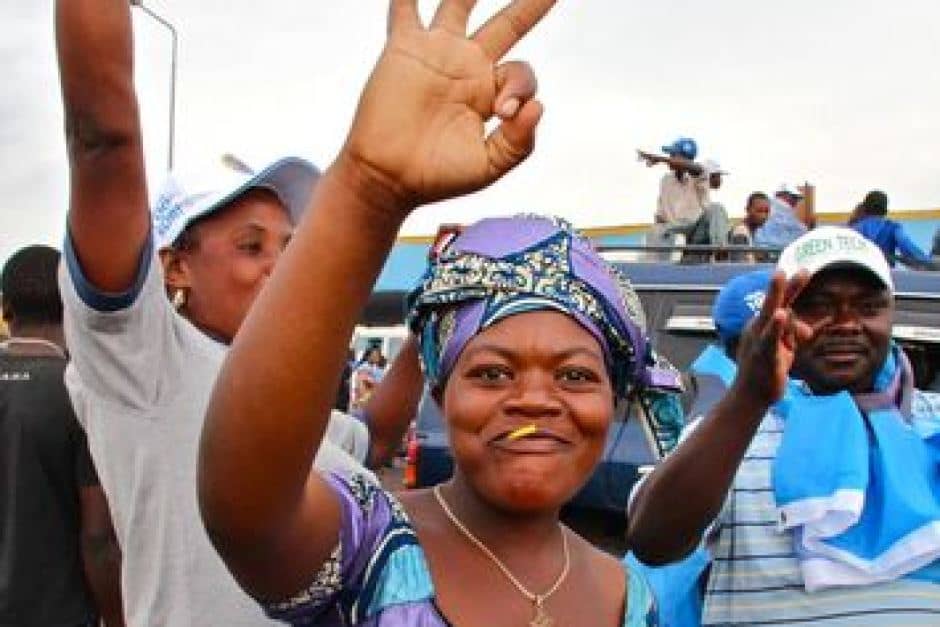 A delegation of the Presidential Majority, composed of eleven people since Sunday March 6 in Bunia, capital of Ituri.

Sources from the Provincial authorities indicate that the delegation, led by Secretary General Assistant of the MP, Joseph Kokonyange, is to reorganize the political family of the head of state, three weeks before the election of governors and vice -gouverneurs new provinces.

CENI has fixed the elections to 26 March.

Immediately arrival, inform the sources, the delegation paid a brief visit to the provincial assembly of Ituri and the administrative building of the former district recently renovated seat of the Office of the Special Commissioner of Ituri. 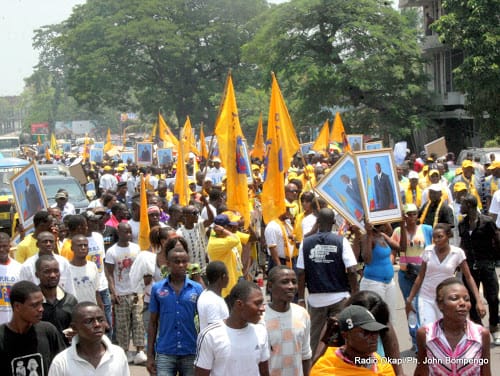 Activists of the People’s Party for Reconstruction and Democracy (PPRD), at the signing of the Charter of the Presidential Majority in Kinshasa

The same Sunday, the MP’s executives met with MLAs of Ituri and nothing has filtered this meeting.

The delegation plans to leave Bunia on Monday to Isiro, capital of Haut-Uélé for the same period, say several sources.

These cadres of MP conduct the visit, a week after the CENI published the list of candidates for the election of governors and vice-governors of the twenty-one new provinces.

The G7 and the dynamics of the opposition asking the population to support them in their common struggle for the elections within the constitutional deadline.

These two platforms of the opposition made the call, Saturday, February 27, during a press conference in Kinshasa.
On the occasion, they reaffirmed their unit until the actual victory of their common struggle.
The moderator of the dynamics of the Opposition, Joseph Olengankoy Mukundji, explains the meaning of this fight:
“The dynamics of the opposition and the G7 have demonstrated to the whole world that at no time they will be divided until they will lead and channel the aspirations of people including respect for the constitution, rights rights, democracy and elections “. A (re) read: DRC: Opposition calls for the respect of the presidential term
He called on the Congolese people to trust the G7 and the dynamics of the opposition.
Opposition activity prevented in Kisangani
The national police prevented the same Friday, the official release of the ceremony of the dynamics for the unity of the opposition and the G7, Kisangani (Tshopo).
The police were deployed at the French Alliance of Kisangani, where the ceremony was to take place. The perimeter was closed. The order to ban the demonstration came from the Mayor of the city.
The vice president of the MLC / Federation Tshopo Maembo Paulin, described the behavior of violation of public freedom, guaranteed by the Constitution of the Republic.
“We are very surprised to see a demonstration which took place in a private place because the French Alliance’s room is a private place and it’s part of the facilities of the Embassy of France. It is an inviolable place according to the laws diplomatic and today our members are out and the police prevented them from entering the hall on the ground that we have not asked permission, “if he complained.
Paulin Maembo also accuses the mayor of the city of Kisangani for violating the constitution prohibited the holding of this event.
For his part, the Deputy Mayor of the city of Kisangani, Tabora Ramazani said the organizers have not officially written to inform the competent authorities of holding this activity.