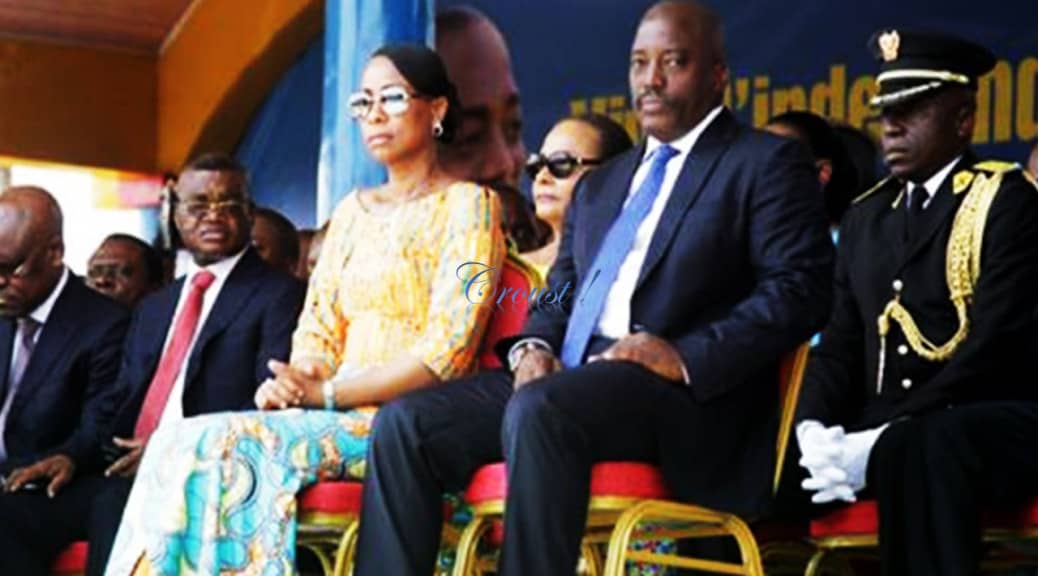 The Citizen Front was launched Friday, July 15th with a campaign to popularisee Articles 69, 70, 73 and 220 of the Constitution in the city of Lubumbashi (Haut Katanga). According to Timothy Mbuya, spokesman of the platform that brings together opposition leaders and members of civil society, this campaign will be conducted in several public places in the city. 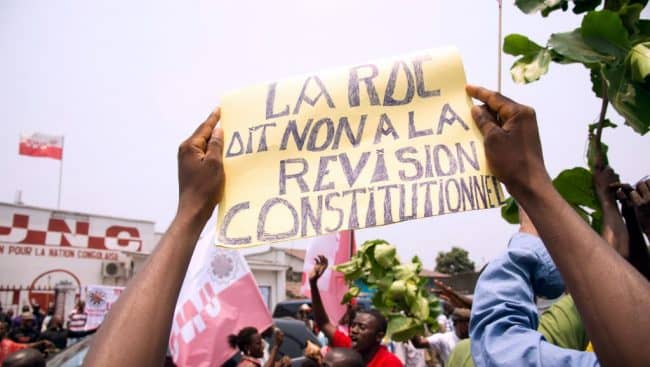 He stated that the aim of the campaign is to explain the merits of the respect of the constitution in the DRC.

Citizen Front launched Friday, July 15th a campaign to popularize Articles 69, 70, 73 and 220 of the Constitution in the city of Lubumbashi (Haut Katanga).

According to Timothy Mbuya, spokesman of the platform that brings together opposition leaders and members of civil society, this campaign will be conducted in several public places in the city.

He stated that the aim of the campaign is to explain the merits of the respect of the constitution in the DRC.

Timothy Mbuya explains that Articles 69, 70, 73 and 220 of the constitution will be translated into the languages spoken in the province and then printed on paper.

“We will then set up sensitizers groups that will spend several environments including schools, churches, markets, public places to distribute these papers,” he says.

“The people must not only know these various legal provisions but also ownership of the electoral process. The election process does not belong to politicians but to the population, “says the spokesperson of the citizen Front.

Article 69 of the Constitution:

“The President of the Republic is the Head of State. He represents the nation and is the symbol of national unity.

It ensures compliance with the constitution.

It provides, by his arbitration, the regular functioning of public authorities and institutions and the continuity of the State. He is the guarantor of national independence, territorial integrity, national sovereignty and respect for international treaties and agreements. “

“The president is elected by direct universal suffrage for a term of 5 years, renewable once.

At the end of his term, the President remains in office until the effective installation of the newly elected President. “

“The ballot for the election of the President of the Republic shall be convened by the Independent National Electoral Commission ninety days before the expiration of the mandate of the president. “

Is expressly prohibited any constitutional revision the object or the effect of reducing the rights and freedoms or reduce the powers of the provinces and decentralized territorial entities. “

Leaders of the Congolese opposition and members of civil society and citizens’ movements, meeting within the new coalition “Citizen Front 2016”, demanding the publication of a consensual electoral calendar later than January 31 2016. They also claim the start updating the electoral register no later than 10 February 2016.

Met on Saturday 19 December in Kinshasa, members of the Citizen Front in 2016 said they wanted to organize the elections within the constitutional deadlines.

Jonas Tshiombela, coordinator of the New Civil Society and member of the Citizen Front in 2016, there are no major obstacles that would prevent the publication of the electoral calendar. He believes that everything is a matter of political will.

“We must integrate almost 10% of our voting-age community. We must have a new law on identifying whether to integrate the Congolese abroad. And if, by February all this is set up, it is likely that we come within the constitutional deadline by organizing the elections without a lot of pitfalls, “he says.

Jonas Tshiombela however rejects the idea of a dialogue to discuss these issues.

“This is an artificial crisis that solutions already at some institutions. What blocks the institutions, for example, to raise funds? Are we going to find this dialogue? “If he asks.

The head of state Joseph Kabila announced the convening of a dialogue to discuss particular election financing and the electoral register. But several opposition parties reject this dialogue, believing that the solution to these problems can be found through the institutions of the Republic.

A (re) read: DRC: Joseph Kabila announced the convening of the national political dialogue

The initiators of the citizen in 2016 Front coalition define them as a gathering of citizens who gathers the Congolese diaspora, civil society members of the organizations, religious groups, political organizations and opposition politicians who advocate strict compliance with the constitution.

For this group, Joseph Kabila, in power since 2001 and whose last term ends in 2016, “no longer hide his deliberate intention to overthrow the constitutional regime to stay” at the head of the country beyond the end of his term.