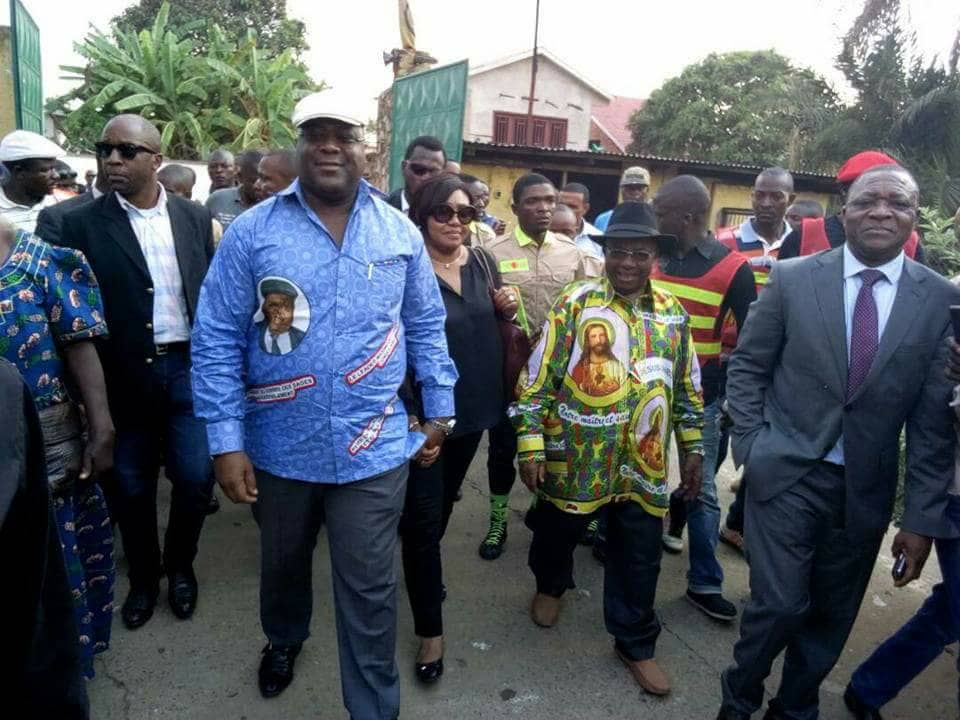 Finally, the position of the Congolese Opposition is there. The electoral calendar, as published on November 5, is neither consensual nor realistic. For the Congolese opposition, according to a statement signed by Pierre Lumbi Okongo, the President of the Council of Wise Gathering, this calendar violates both the Constitution, the New Year’s Eve Agreement and the electoral law. On the analysis, this calendar, in the opinion of the Opposition, would simply be for external consumption. Moreover, the Opposition states that it is, in addition, fraudulent and deceptive. So, for the Opposition, this schedule is unacceptable because of several weaknesses listed in this release. The Opposition reiterates, however, its attachment to the electoral process as well as to democratic alternation. Hence, the political restraint measures that are the subject of the New Year’s Eve Agreement, should be implemented to facilitate the holding of elections by 30 June 2018 at the latest. Opposition poses as a preliminary, the reconfiguration of the electoral center, the elaboration of an election budget with a disbursement plan with precise and clear headings. The current President Kabila, whose departure she is demanding at the end of December 2017, must not interfere or be involved in this electoral process. In this edition, it is necessary to read, below, the essence of what the Opposition thinks about this calendar which it rejects, in block. DECLARATION OF THE POLITICAL FORCES OF THE OPPOSITION ON THE ELECTORAL CALENDAR PUBLISHED BY THE CENI ON NOVEMBER 5, 2017

The political forces of the Congolese opposition met this Monday, November 6, 2017, to review the electoral calendar published by the CENI this November 5, 2017 and publish the following statement:

The calendar presented by the CENI violates both the Constitution of the Republic, the Agreement of 31 December 2016 and the Electoral Law. It is not consensual and is fraudulent and deceitful.

Violations of the Constitution
While Article 73 of the Constitution provides that the poll for the President of the Republic is convened by the CENI 90 days before the expiry of the term of the President-in-office, the CENI gives itself the freedom to convene the electorate on 23 June 2018 for a vote to be held on December 23, 2018, ie 6 months after instead of 3 months.

Violation of the Agreement of 31 December 2017
While in the Agreement the stakeholders agreed in clauses IV.2 and IV.3, to give priority to the presidential, national and provincial legislative elections, thereby removing the local and municipal elections to the responsibility of the CENI as well the election-based government, the CENI has returned to the initial position of the presidential majority and presents a so-called global schedule, the logical consequence sought is the overload of the electoral budget and the tasks to be performed to organise the first sequence of elections.

In view of the illegitimacy of the institutions, following the non-organisation of the presidential election in December 2016, a comprehensive and inclusive political agreement was reached on 31 December 2016 in which stakeholders agreed on the organisation, in a single sequence, no later than December 31, 2017, presidential, national and provincial legislative elections.

By situating the holding of the presidential election on 23 December 2018 with the transfer of power on 12 January 2019, the CENI arrogates to itself the prerogatives of the sovereign people and unilaterally and abusively prolongs the mandate of Joseph Kabila. The fact that the Agreement recognise in point IV.2. The possibility for the CNSA, the Government and the CENI to assess the time required for the completion of the electoral cycle can not justify such an outrage.
It is therefore anomalous that the completion time of the process is equal to or even greater than the 12 months agreed in the Agreement for the holding of the polls.

Non-consensual nature of the calendar
While points IV.2 and 3 of the political agreement insist on an inclusive and consensual approach, we note that in the process of drawing up its decried calendar, the CENI did not consult all the political and social forces of the country and especially those of the opposition.

This calendar actually reflects the diktat of Joseph Kabila’s political family at the CENI.

In addition, answering a question from the press, the president of the CENI said that the equipment for the semi-electronic voting, already ordered, is on the way. This is a violation of the Election Act which excludes electronic voting for the current cycle.

In addition, this opaque order comes in violation of the law on public procurement

The fraudulent and deceptive nature of the electoral calendar

The fact of not including in this calendar the date of the actual start of the identification and enlistment of voters started since August 2017 in the Kasaïen space, casts doubts on the sincerity of the said calendar and reinforces its fraudulent nature.

Thus, the published calendar is at November 3, 2017 the beginning of the finalization of the identification and enrollment of voters in the last registration center.

Similarly, we must note in particular:

– the adoption of the electoral law in 15 days by the two chambers of parliament while its appendix relating to the distribution of seats is returned in April 2018 with a provision of 32 days,

– the audit of the updated electoral register which will be done before the enlistment of the Congolese of the foreigner sent back elsewhere on July 1, 2018 until September 28, 2018, after the closing of the operations of identification of the voters.

In addition, it is necessary to note the use of a vague terminology that does not allow the legibility of the electoral operations and their content.

Moreover, it appears that the CENI has deliberately and unnecessarily lengthened deadlines. Moreover, after declaring 504 incompressible days, the CENI was led to revise its chronogram to 306 days. This shows that it is possible to compress the delay more.

Finally, the CENI has only mentioned the constraints that only apply to third parties whereas, as the organizer of the elections, it is responsible for the conduct and the successful completion of the electoral process.

The opposition emphasizes that it is imperative that the other conditions agreed in the Agreement be fully realized to organize democratic, transparent and credible elections.

– reinvigorating the CENI for greater independence, impartiality, transparency and credibility;

– a sincere budget, accompanied by a plan for the disbursement of election funds scrupulously respected by the government;

Ultimately, this calendar is intended for external consumption and the manipulation of national opinion in view of the imperative departure of Mr. Joseph KABILA as of December 31, 2017.

The published calendar confirms once again that with the current CENI and Joseph Kabila at the head of the Congolese state, we can not hope the rapid organisation of elections for the alternation of power in the DRC required by the Congolese people.

This is why opposition leaders call on all Congolese to be vigilant and mobilise to release the electoral process by 31 December 2017 on the basis of article 64 of the Constitution.

In any event, for the opposition, it is still possible to organise the elections no later than June 30, 2018.

President of the Council of Elders