The UNC and allies met Marcel Utembi, president of the National Episcopal Conference of Congo -CENCO-, Friday, August 12, 2016. With forty political parties, UNC and allies delivered its economy CENCO ideas. After said maintenance Kamerhe, national president of the Union for the Congolese Nation entrusted the key message for media professionals. 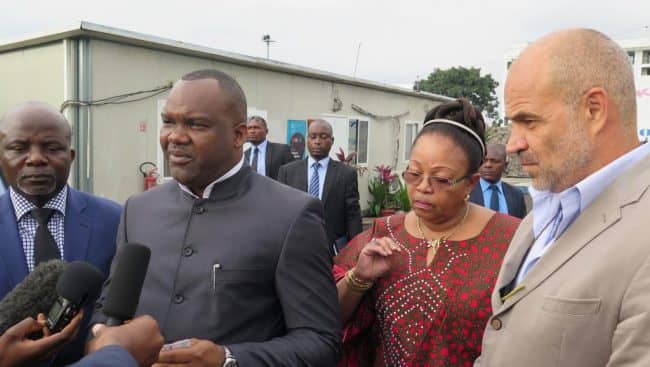 He outlined three major options that can help address the problem of organizing elections in the DRC. The first allows to go to the elections this year would like the Independent National Electoral Commission darkens with the current file. The last two, as envisaged by the Committee of Experts of the OIF and the UN, go beyond 2016, therefore, the constitutional deadline.

The UN recommends a partial revision of the electoral register. And would require almost eight months. The other, who preaches a total revision, expected to last 10 months at most. This is the dialogue that these things need to be studied, noted the former Speaker of the Lower House.

” We have to find the solution and tell the Congolese people, here’s the real election date. Here is the date of the transfer of power. It will not matter for us to get a new mandate to President Kabila ”, proclaims aloud, Kamerhe. And to pursue the goal of the dialogue is to get an election calendar, according to which way the political class as a whole goes up a consensus. “In dialogue, we will publish the date of the presidential election. It is a consensus to save the Congolese people to potential crises looming on the horizon, “he advised.

The UNC member of the Rally

“I’m a  Rally where my secretary general is sat, Jean Bertrand Ewanga, Genval” said Kamerhe. He, in fact, wielded virtually all claims of this mega-political platform after dating Genval.

He did, only in its own way. The UNC and allies will not go into dialogue without conditions. Hers join those of other particularly on the issue of release of political prisoners and detainees or opinion, and the issue of the release of closed media because considered too close to the opposition. With that, Vital Kamerhe handed the CENCO a list of 38 politicians or opinion leaders currently under detention and he requests a release. On that list, there is also registered 6 TV channels. For Kamerhe, ” Dialogue can not be done without the easing of the political climate. ”

Although having espoused the cause of Genval, the president of the UNC believes that the challenge of the facilitator appointed by the African Union is not going in the direction of getting things. It would take two to three months to have a new facilitator and therefore, the problem will not be solved. Do wear, he noted, it is a gift to the regime. The more things hang or, better, are those for business.

Vital Kamerhe wants the dialogue to take place in the shortest possible time, for the best interests of the country. But he acknowledges that options to raise will not, not, satisfy everyone. However, it would require that the worst is avoided to the Congolese people.

Misconception of the Opposition

The current electoral crisis would not occur if the Opposition, since January 2015, continued to put pressure on both the Independent National Electoral Commission that the Government, for to be published, in full, the timing of electoral contests planned 2016. This, in the eyes of Vital Kamerhe, has been one of the errors of the Congolese political opposition.