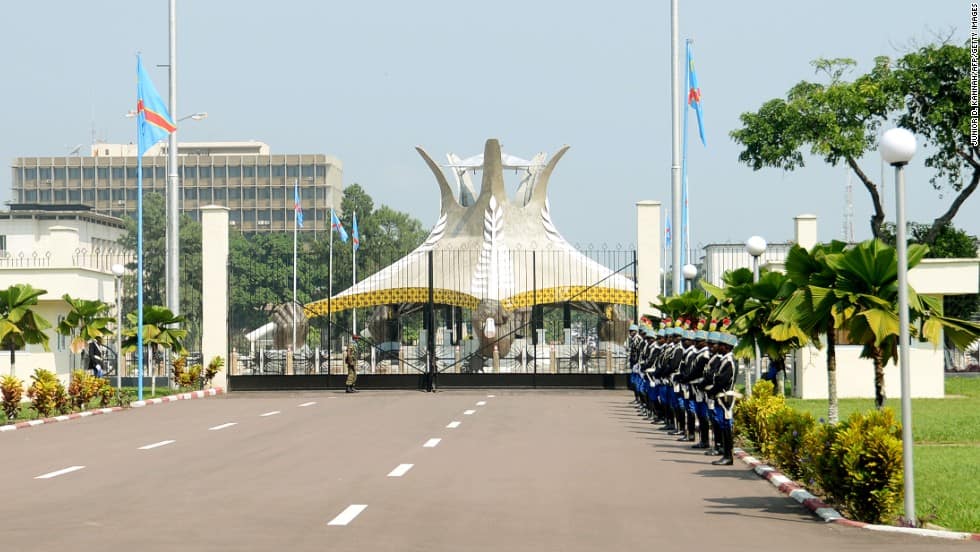 The President of the Democratic Republic of Congo, Joseph Kabila Kabange spent nearly two hours in the facilities of the Independent National Electoral Commission (CENI),the  issue to inquire enough progress preparations for elections in general and ensure that the electoral roll revision exercise specify indeed. A one-on-one with members of the Bureau and the Plenary Assembly of the INEC in the hall of the headquarters Press. Then, a series of visits of technical and operational entities of the election management institution. And, as internal, INEC is activated with the selection of a supplier of voter registration kits, the President of the Republic took the opportunity to visit the facilities of different eligible bidders for the pilot test selection.

This is his first descent to CENI since the establishment of the new Electoral Commission in 2011. The President of the Republic, Joseph Kabila Kabange, was received this Friday, May 6, 2016 at the entrance of the seat Chairman of INEC, Cornelius NANGAA YOBELUO, Chairman of INEC with his side, Vice President Norbert Basengezi KATINTIMA. A visit to the surprise of experts and election officials to task.

First, in fact, the process of choosing the enlistments kits supplier is at the stage of pilot testing. Test to the signing of the supply contract to deliver registration kits to INEC for the registration of some 42 million voters in the DRC and in the Congolese Diaspora. On this occasion, the Chairman of the Independent National Electoral Commission (INEC), Mr. Cornelius NANGAA YOBELUO presented to the attention of the highest authority in the country, the state of preparations for the elections with the backdrop, the operation awaited revision of the Congolese electoral register. This working session that lasted 35 minutes allowed members of the CENI also present major challenges facing the electoral process: logistics, financial and temporal particular.

Guided tours in the technical installations of the CENI

The President of the Republic, guarantor of the proper functioning of the institutions of the Republic wanted to feel the finger at the real internal realities of the Congolese electoral machine. Visit to National Processing Centre (NTC) to discover the state of central servers that host internal electoral data. Then visit of equipment incurred by the two shortlisted bidders are expected to present all their technological solutions to convince the CENI their technical, financial and material to produce quality enrollment kits, in a timely and efficient performance.

This step, which lasted nearly an hour allowed the Head of State, in the presence of all members of the CENI present the country to realize the electoral technologies proposed for the initiation of the great operation revision of the electoral register. Opportunity for President Joseph Kabila Kabange personally attend some demonstrations delivery of specimens of the new voter card to be produced soon in favor of the electoral roll revision process.

The Pilot test of registration kits voters in Kinshasa Mbanza-Ngungu

In its communication to the national and international press assembled at the Chairman of INEC, Cornelius NANGAA YOBELUO, hailed the passage of the President of the Republic which clearly demonstrates its concern for the successful organization of the elections in the Democratic Republic Congo. Very particularly, to surprise her presence today at the headquarters of INEC to personally test the enrollment kits “INEC has received a surprise visit from the President of the Republic, Head of State who has gone to Headquarters for inquire about the status of preparations for the elections. It was an opportunity for the INEC to present what is done to date but also the problems faced INEC to evolve in this process. The Head of State has listened to our concerns and pledged his support as guarantor of the proper functioning of the institutions so that we achieve this purpose.

Happy coincidence, this visit comes as we prepare tomorrow to launch the pilot test for recruiting providers of enlistments kits, voter cards and generators. We took advantage of his stay in our facilities to test equipment from two suppliers who remained smooth. This allowed it delivers the first cards “specimen” for the pilot operation.

This operation continues tomorrow as follows: tomorrow May 7 we continue laboratory testing in the Headquarters of INEC, on Monday, we will continue the same operation at the National Pedagogic University (UPN) where we are going enroll on an experimental basis for two days, volunteers who will point to test the equipment.

After two days, we will go to Gombe Matadi in rural areas, where we will also do two days. To this end, for transparency in this process which is conducted by INEC with the support and technical assistance BCECO, so we ask that stakeholders participate in the transparent recruitment process. Civil society, political actors: Majority and Opposition as all volunteers who want to participate and see the normal course of that process to be transparent, we invite the citizens in this exercise.