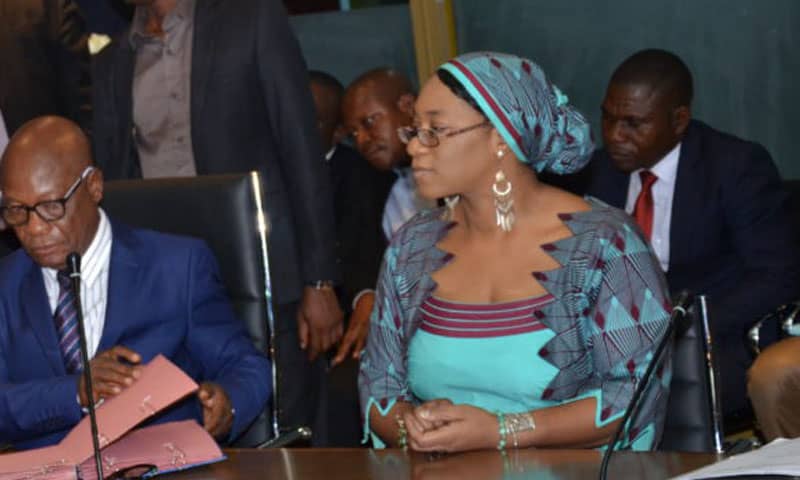 The Forces of the Future of the late, Arthur Zahidi Ngoma fervently support the idea of ​​an addendum, to amend the Accord of 31 December 2016, proposed “The Progressives”. The National President of the Federation of the Future Forces of the city-province of Kinshasa, Ms. Solange Ngoma Akupendae, co-founder of this new platform, is engaged with her comrades in the materialisation of this conception advocated by this new political group that they now conceive of being the favourable framework for the implementation of two previous agreements concluded respectively at the AU City and the Kinshasa Inter-Kinshasa Center. Ms. Solange Ngoma Akupendae and the Forces of the Future, forerunner of the Agreement of October 18, 2016, are therefore an integral part of this political current of which the Hon. Samy Badibanga is the main coordinator, in which they will have to deal with all the issues related to the process. election in DRC Congo, and democracy.

The Federation of the Kinshasa City-Province of the Forces of the Future, through its federal president, Mr. Nicolas KUSISU NSEMI, strongly supports the new platform of the political opposition, Les Progresses, composed of signatories of the Agreements of October 18 2016 and non signatories of the Agreement of December 31, 2016. Indeed, the Federation encourages the co-founders of the Platform of the political opposition to strongly seek the holding of elections within a reasonable time. The Federation of the Forces of the Future congratulates its National President, Ms. Solange NGOMA AKUPENDAE, as well as: The Honourable Pierre Anatole Matusila, National President of the ABAKO; the Honorable Fidel TINGOMBAY, National President of the Convention for Renewal and Progress, as well as the great political figures, in this case, the Honorable Patrick MAYOMBE and Hon. Samy BADIBANGA NTITA, Honorary Prime Minister, Senior Coordinator of progressive. The ideals conveyed by this Political Platform, namely, the rapid conclusion of an addendum to the agreement of 31 December 2016 which will deal with the following issues:

– The adoption of a consensual and realistic and un taxed calendar, – The adoption of a detailed budget with a disbursement plan, – The identification of resources, – The reintroduction of institutions as part of the agreement in Parliament in particular, – The reinforcement of the measures of political relaxation which must be made enforceable, – The consequences to be fired in case of non-compliance with the Agreement, correspond to those often advanced by the Forces du Futur. We will remember that our political party Forces du Futur was among the forerunners of the dialogue of October 18, 2016. Its initiator, ZAHIDI Arthur NGOMA, former Vice-President of the Republic, insisted on the holding of talks in order to concretize the objectives below:

– The recasting of the electoral register, – The restructuring of the Independent National Electoral Commission, CENI, – The financing of the elections, – The security of the elections, – The taking into account of all the objective technical difficulties related to the organisation of these elections and this, to develop a binding global consensual calendar. Of these two known dialogues, the objectives have not been achieved, hence the current political crisis. We, the Forces of the Future, are calling for the speedy amendment of the New Year’s Eve Agreement, taking into account the issues mentioned above.

The Federal President Forces of the Future City / Province of Kinshasa