The Secretary General of the Liberation Movement of Congo -MLC- was responding to the invitation of the CENCO. After his interview with Archbishop Marcel Utembi, President of the National Episcopal Conference of Congo, He assured the press on the position of the party of Jean-Pierre Bemba are in dialogue and other issues of the day. “We are not concerned by the Dialogue. We want a technical dialogue with the CENI to organize presidential elections within the constitutional deadline “, said Eve Bazaiba. The MLC, she added, said good luck to the tenants of the thesis of political dialogue. But we have them in the eye, because for this party, the Constitution must, absolutely, be respected. 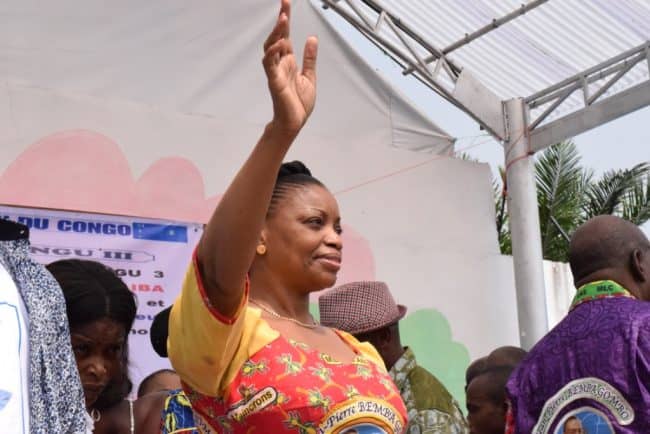 The Independent National Electoral Commission stated clearly untenable now, the organization of elections in 2016. The revision of the electoral register launched on 31 July, the Nord-Ubangi District, is one of the essential prerequisites for the organization of good elections this support institution for democracy. The reported failure of the electoral process is at the root of the political crisis in the making. This, one of the major reasons for holding a dialogue in which the political class could reach consensus on thorny issues. The MLC has not read such things.

The current electoral crisis is considered artificial by Eve Bazaiba. For the MLC requires that the current mandate be “internalized”, since it is the last, given the sacrosanct principle of the Constitution of the Democratic Republic of Congo. “With political will to save the nation, everything can be settled and it is possible to hold the elections on time,” she argued. The solution for the electoral process would be, not the political dialogue. But, rather, a technical dialogue with the CENI. Notably, at the tripartite Opposition-Majority-CENI. The Congo Liberation Movement fears that political dialogue in the pipeline so the constitutional framework, in its options to unblock the electoral process. However, it is imperative to remain within the constitutional framework, according Bazaiba Eve. ” We are not for a political dialogue that would derogate from that prescribed by the Constitution regarding the presidential term, ” she insists. However, the MLC does not show anti dialogue. Only, according to him, the party remains alert. If this forum, although stubborn currently several challenges, applicable and its solutions go beyond what the Constitution says, MLC brandished the threat of an obstacle preventing.

The electoral register is not as bad as some say. This was said by Cornelius Nangaa, current president of the Independent National Electoral Commission, that there is little, under Malumalu, had worked its reliability. So for the MLC, the country can go to elections with the latter file. This is the best option. Nangaa had, himself, submitted to Parliament as one of the avenues to explore to hold elections this year, during a meeting with non-state actors.

The party of Jean-Pierre Bemba, through its Secretary General, ensures that it is not with a single budget year that we organise the elections. In every budget, there are provisions for the elections. Hence, elections within the MLC believes. It is still possible that elections be held within the period. Especially presidential and most constitutionally binding, says Eve Bazaiba.

The Constitution of the Democratic Republic of Congo provides for measures to ensure that electoral contests take place even in a crisis. Hence, the party of the Opposition insists on respect for the law of laws. ” The Chairman remains in place until the installation of the newly elected President and not to his election ”, says Eve Bazaiba.