The Congolese national MPs and Senators have gone back to the Chamber. they were there for the opening of the ordinary session.

The solemn ceremonies  took place as usual, with speeches by the Presidents of both Houses of Parliament. Minaku Aubin, President of the Lower House, spoke of a highly political session. This, he added, is involved in a particular context of the inclusive national political dialogue, which is slow, unfortunately, to fall into place. 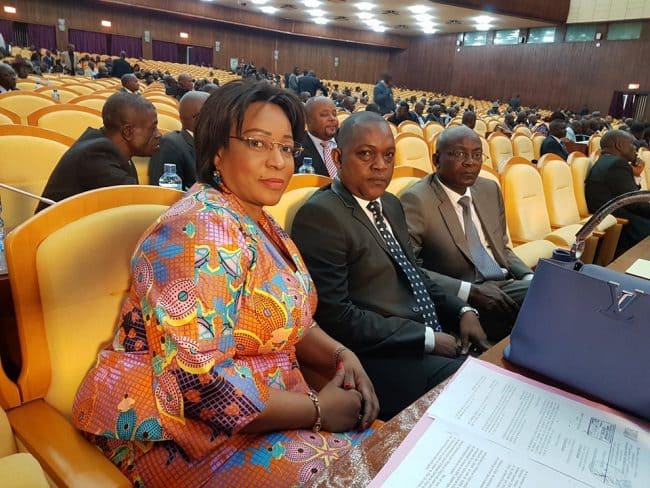 Certainly, following positions at odds expressed by the Congolese political actors. There is also the organization of elections, on which also hover much uncertainty. Parliamentary control, the MP Clement Kanku wanted seriously to promote good political, social and security. In the upper house, Leon Kengo wa Dondo dwelt on the tenth anniversary of the Constitution, which must be respected by all. Moreover, many materials will be listed on the agenda to be discussed, then cast in the form of laws, to give the Republic of the instruments for proper operation.

It is precisely at this level that the African Commission for the Supervision of Elections (CASE) wanted to make its voice heard on the occasion of the opening of Parliament. Goal, sound the alarm, so that parliamentarians agree promptness in the review and adoption of key laws in the electoral process. What are these laws? The CASE is clear in his statement. This is the law on the organization of presidential, legislative, provincial, urban, municipal and local, passed in 2015.

It requires the Independent National Electoral Commission (INEC) to conduct defining the number of eligible seats constituency, the organization of administrative census for good statistical control of actual numbers of the Congolese population. There is also the Law on the identification and registration of voters passed in 2004, in that it offers no opportunity for the Congolese living abroad to register. Finally, the CASE recommends parliamentarians to book an extreme emergency treatment.

What action will be reserved for these recommendations? Probably a plea. This is because the scene set, the arguments in support and all mounting scenarios give undoubtedly believe that the elections, especially the presidential election, will be returned indefinitely. For the revision of the electoral roll, the INEC is given a period of 16 months to complete its operations. In the political class takes shape a discourse on the referendum. There the quarrel perspective on the duplication of the political parties, the reconfiguration of Parliamentary Groups that may draw debates in length, to the benefit of the essential. No!

The CASE expects an extreme emergency treatment on essential legislation, that organise elections.