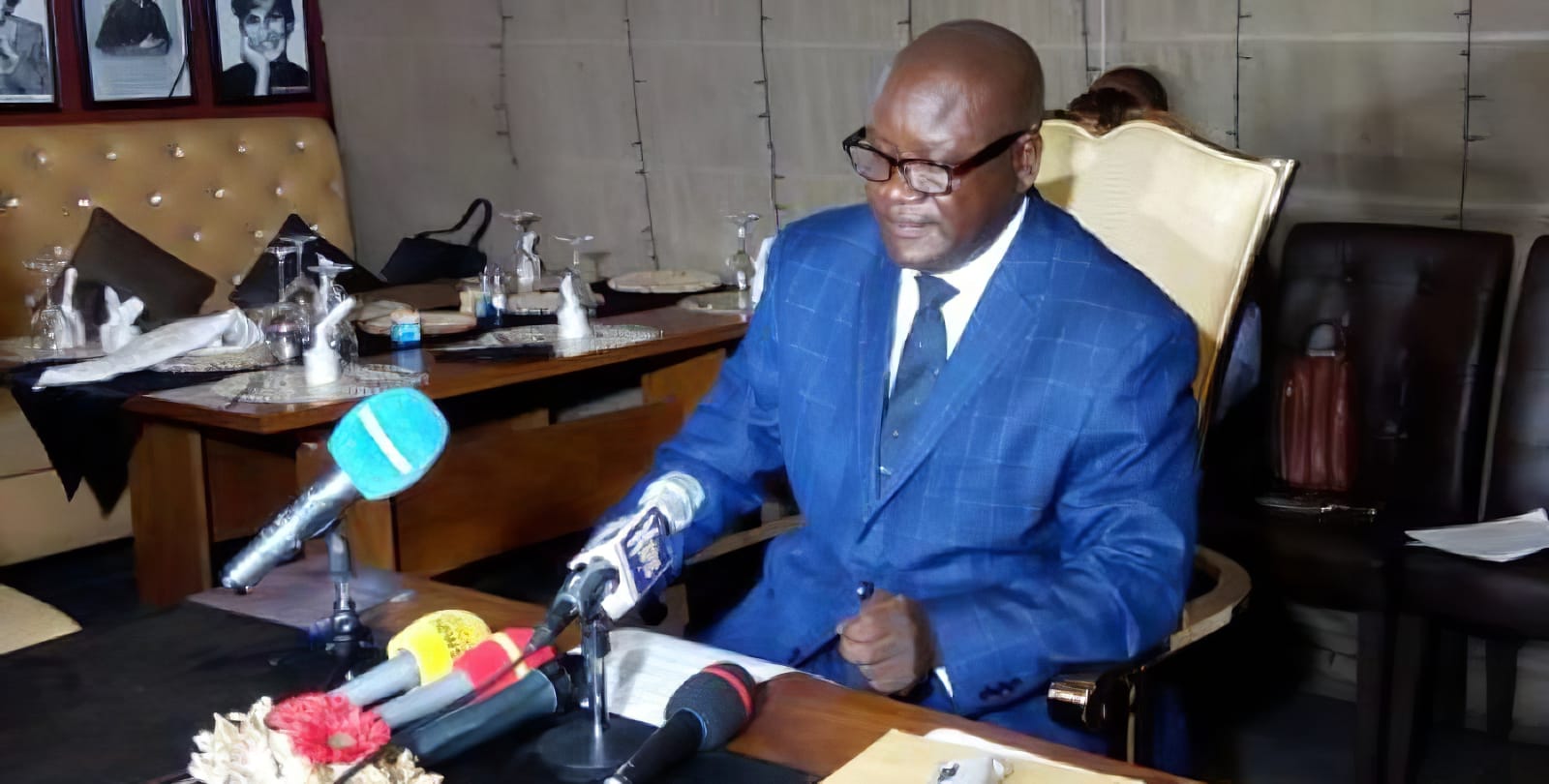 Fayulu must respect the law. He must stop his delaying tactics. Because, no one is above the law. Félix Tshisekedi is the only elected President proclaimed by the CENI. To disregard it is to disregard the laws which established it. To insult him is to insult the laws of the land and his people. Everyone owes him respect for his rank. Let the politicians stop dividing the people for their selfish interests. They must ban tribalism, but above all, seek to consolidate peace for the emergence and good governance of this country that has suffered so much “. These statements come from Monsignor Pierre Honoré KAZADI NGUBE -NGUBE, during his press briefing on Wednesday, May 15, 2019, in Kinshasa. The former presidential candidate has also seized the opportunity to express the position of his political platform, the Republican Centrist Front, “FCR”, which has just embarked on the “Legitimate Republican Opposition” with a view to take out the RD. Congo of the quagmire in which the political actors have depressed it for more than half of a century. As leader of this movement, he put a particular emphasis on the crisis of legitimacy that, according to the legitimate Republican Opposition, is a result of the irresponsibility of the Congolese political class called “opposition”. However, it meant the major axes of the mission of the Republican Opposition Legitimate whose actions are republican, that is to say, in favor of the population.

PRESENTATION OF THE LEGITIMATE REPUBLICAN OPPOSITION

The Democratic Republic of the Congo suffers, its population still suffers because of the partisan interests of the Political Actors, also because of the unconsciousness of some and the incompetence of others.

For the common Congolese mortals, who subjected to political manipulations of all kinds, all the Presidents who had to lead this country were illegitimate and bad. According to him, no organised election in the country has yielded reliable results. That is to say, no President of the Republic was actually elected. Those who are elected are those who self-proclaim themselves “elected President”. Is not this an insult to the Congolese people?

But everyone is talking about democracy in the DRC. They say that Congolese are free. They make public demonstrations, they insult leaders, they do groupings in the name of democracy. They even call our country the Democratic Republic of Congo. What confusion, what unconscious dear Congolese intellectuals!

For our part, we are convinced of two things: first, that the four “Presidents of the Republic” that God had given to this country were up to their tasks, they were all good, but misunderstood and poorly supervised. And especially fought by their brothers under the instigation of institutions or forces foreign to the country and struggling to defend the interests of Congolese; secondly, democracy exists in the Congo. It is this democracy that is being fought to prevent the country from developing.

Every country in the world has problems. No country has been able to solve all its problems. Why this relentlessness on our country, the DRC? There are even compatriots who have never managed to solve the problems of their families, but who have a disproportionate claim to solve only the problems of all Congolese, and they are acclaimed. What nonsense, Congolese people! Do you not know that these people are enemies of the people? Their plan is to perpetuate the political crisis in our country. Do not listen to them. Let us reassure ourselves that the problems of the Congolese will be solved by all the Congolese, and the Congolese alone, in cohesion, concord and unity.

Can we understand that after fifty-eight years of independence, the United Congolese are unable to hold credible elections? Are the Congolese unable to do what needs to be done to develop their country? What divides Congolese?

These are, among other things, the fundamental questions to which we must all respond, without being cold.

Speaking of the crisis of legitimacy, we affirm that it is maintained on two levels. The first level is that of the international community as a whole, including African countries that find pleasure in the destabilisation of the Congo. The second level, that of the Congolese political class, the major part of which is composed of valets, traitors, corrupt in the service of neocolonialism. It is the latter who are responsible for the bloody unrest, assassinations, rebellions and wars that facilitate the looting of the resources of our country, the DRC.

Regarding the second level, the greatest responsibility lies in the Congolese political class known as the “opposition”. Because this opposition, in its formation, in its mode of operation and in its action, it does not contribute in any way to the peace and the development of the country. She sails by sight, she does not have the vision of the State. His only vision is the unbridled search for power, on the back of the bruised population. This form of opposition is irresponsible, the DRC does not need it. Because, it can not assure the peace, the political stability, nor the development of the country.

It is for this reason that the “FRONT OF CENTRISTS REPUBLICANS” has just constituted “REPUBLICAN OPPOSITION LEGITIMATE” in order to get the DRC out of the quagmire where political actors have pressed it for more than half a century.

I quote: “We are committed to building a modern, peaceful, democratic and caring state for every citizen. A state or institution will play its role in the separation of powers. A State that will guarantee the happiness of all “.

This quote, in its content, expresses all that the Congolese are looking for. If the current President of the Republic manages to realize this vision, the people will support him. Nobody will succeed in debunking it. But if he does not succeed in realising his promises or his project, he will unravel himself.

It is on the basis of the “Central theme of the investiture speech” of the President of the Republic, His Excellency Antoine Félix Tshisekedi Tshilombo and the priorities defined in his speech program that “the legitimate Republican Opposition” that we have the privilege of direct, judge and focus its action and its Strategies to push the DRC forward, to the plans of Democracy, Human Rights and Good Governance, as presented in the “Presentation Document of the Legitimate Republican Opposition “to be distributed to both.

Leader of the “Legitimate Republican Opposition”