The terrorists of the March 23 Movement (M23) carried out deadly attacks in the localities of Muhimbira, Rwanguba and Langira in Rutshuru territory in North Kivu, on the night of Monday to Tuesday, August 16.
A security source who confirmed this Tuesday morning, specifies that the shots first sounded on the Shwera hill before the bombardments affected the aforementioned villages where significant human and material damage is reported among civilians. 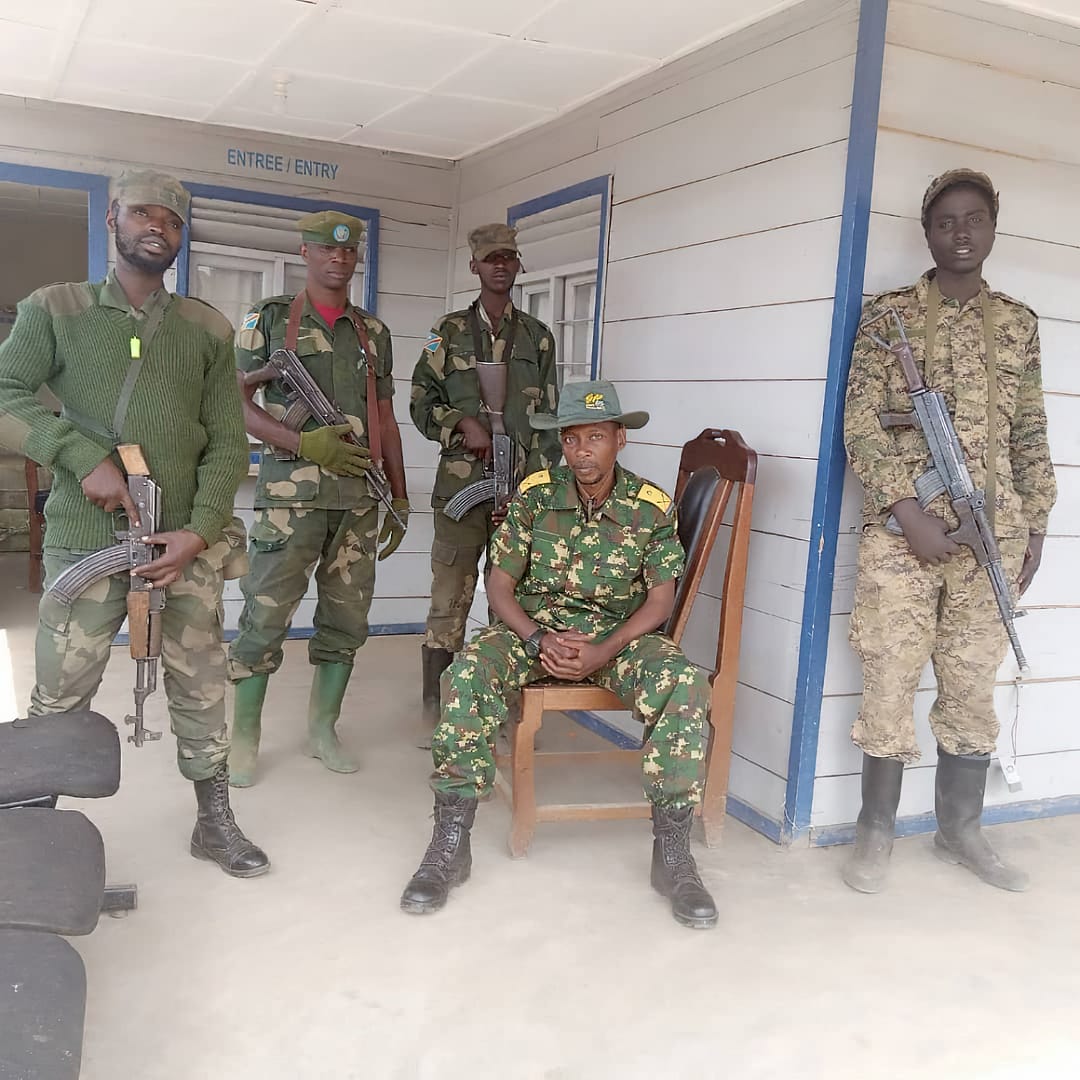 “The enemy fired on three positions from 2 am, but the FARDC did not respond. It was at 6 a.m. that we responded with mortar fire. A mortar shell exploded near Rwanguba and caused the death of several civilians ,” an anonymous military source confirmed.

Another source within the Congolese army also confirmed that it is the M23 terrorists who are the authors of these attacks and bombardments, also underlines that there has been no progress on either side but the civilians move massively and in panic.

As a reminder, the M23 terrorists are increasingly active in Rutshuru territory, and are supported by both the Rwandan and Ugandan regimes. It just makes no sense to blame only Rwanda and leave out Uganda. It’s well known that the M23 terrorists, were trained and armed by the Ugandan regime before being sent back to DR Congo. Later Rwanda took over the terrorist outfit with the promise of assisting them to capture great North Kivu.

At the moment, the M23 terrorist outfit has been occupying Bunagana, on the border between the DRC and Uganda, for more than two months. Regional attempts to dislodge them from this important trading centre have so far been unsuccessful.

Exactly two months have passed since the M23/RDF terrorists seized the strategic border town of Bunagana (North Kivu).
Bunagana is an important centre of cross-border trade between the Democratic Republic of Congo and Uganda, also close to Rwanda.

The Kigali regime is accused of being behind the main revival of terrorism in DR Congo. But as always, the Rwandan criminal regime has rejected these accusations despite various evidence that overwhelms the Rwanda criminals. On the one hand, they are uniforms of the Rwanda defense force (RDF) which were recovered on the battlefield in Kibumba, and on the other hand, thugs of the same murderous army were arrested by the FARDC on Congolese soil. What the criminals have forgotten, is the evidence of over 156 hours of audio recordings from different battles being commanded by RDF. The objective of the RDF/M23 was a mission to attack Rumangabo military barracks and Goma. To this date, the objective of capturing Goma by the terrorists is still on the table.

Faced with the total absence of State authority at the border post, the M23 terrorists dictate their law there through terror, intimidation, torture and threats of all kinds.

Residents describe subhuman conditions in which civilians have been subjected for 2 months now.

The Bunagana border town was deserted by most of its occupants who found refuge in Uganda and in villages still under the control of the Congolese authorities, a question of being sheltered from the horrors of the M23 terrorism. However, the criminality of M23 terrorists, has forced Congolese to abandon their living environment and livelihood.

In Bunagana, on the other hand, many Congolese and Ugandan migrants who live there, are collaborators of the terrorists. Some are also among those who crossed the Ugandan border after the M23 defeat in 2012 and 2013 and returned after the recapture of Bunagana.

Thus, the Congolese who stayed behind are those who find it difficult to survive elsewhere. However, there’s an endless flow of new recruits from Uganda and Rwanda.

In general, People in Bunagana lead a very difficult life. They live like slaves and forth class citizens. They’re not free to do anything. As soon as they suspect you of doing something, they confiscate everything you have. But there aren’t many people in Bunagana anymore. Most who remained there are collaborators of the terrorists.

In several other localities under the control of the enemy, such as Tchengerero, Kinyamahura, Kabindi, Gisiza and Basare  civilians complain of harassment, the looting of shops and pharmacies, food crops from gardens, etc.

For several weeks, in parts of the Jomba group, the M23 terrorists have been forcing people there to exploit natural resources which are later transported to Uganda. What’s even bizarre, is the use of Uganda currency in areas occupied by the terrorists. Sources also confirmed the presence of Uganda mineral dealers in the area.

After a meeting held last Monday, they asked the people who fled to return. Then, they demanded that each citizen pay 20,000 Ugandan shillings (about US$6) for the construction of the house of the leader of the group, Mr. Mwambucha, who had left Bunagana after the fall of the M23 in 2012. They forced the population to pay 5 thousand shillings (2500 fcs) at the border for any package of 15 kgs. In the Jomba group, they extract gold there. Those who accidentally pass through the occupied areas are directly obliged to dig for them without complaining of fatigue. The population lives like in the days of slave trade.

On Monday, June 13, 2022, after intense fighting, the terrorists managed to force the Congolese loyalist forces to retreat to the surrounding localities “to avoid a bloodbath among civilians”. But, 2 months later, Bunagana is still in enemy hands despite the assurance of the Congolese authorities to regain control.

“The withdrawal of the FARDC to Bunagana is purely tactical so as not to cause casualties on the civilian side as was the wish of the Rwandans. However, we reassure the population that the FARDC are in the area and contain the enemy. We will immediately put these Rwandans and their sons out of the national territory” , promised, on June 14, 2022, Lieutenant Colonel N’Djike Kaiko Guillaume, military spokesperson in the region.

On the ground, 2 months later, the Congolese army has still not attempted any factual operation to reconquer the town. These days, Kinshasa plays diplomacy, hoping to obtain the withdrawal of the terrorists by peaceful means.

Then, on July 6, 2022, Félix Tshisekedi and Criminal Paul Kagame met during another summit in Angola under the aegis of President Joao Lourenço. At the end of this tripartite, it was decided a process of de-escalation between Kigali and Kinshasa through a desire to normalise diplomatic relations between the 2 countries as well as the immediate cessation of hostilities and the immediate and unconditional withdrawal of the M23 terrorists.

On Tuesday, August 9, the Congolese government also took advantage of the visit to the country by Antony Blinken, US Secretary of State for Foreign Affairs to talk about the issue. Then, nothing, so that until today, things are struggling to move forward; the M23 terrorists still controls Bunagana and tensions are still perceptible between Kigali and Kinshasa.

The local population is patiently waiting for the reaction of the Congolese government to rescue them from the M23/RDF criminality.

The culture of Congolese governments always turning to Rwanda and Uganda to solve their security issues is the biggest betrayal of Congolese. We all know that the massacres in Beni and Ituri of Congolese civilians have hallmarks of the Uganda modus operandi. Relying on Uganda and Rwanda for intelligence gathering is a big mistake. The Congolese government needs to build a formidable intelligence service to understand and fight its external enemies. Otherwise, we shall continue to see a vicious cycle of Rwanda and Uganda terrorism on Congolese soil.