The Rwandan criminal regime has continued to supply its terrorist outfit of M23 with weapons, intelligence, troops, medicine , propaganda and diplomatic space. In short, the M23 terrorists are members of the notorious Rwandan Defence forces(RDF); that are responsible for murdering, plundering and raping Congolese. The Rwandan regime is the main financer and trainer of M23 terrorists.

The Rwandan invading army hiding behind the M23 terrorists, are currently occupying two localities in the Rutshuru territory in North Kivu. 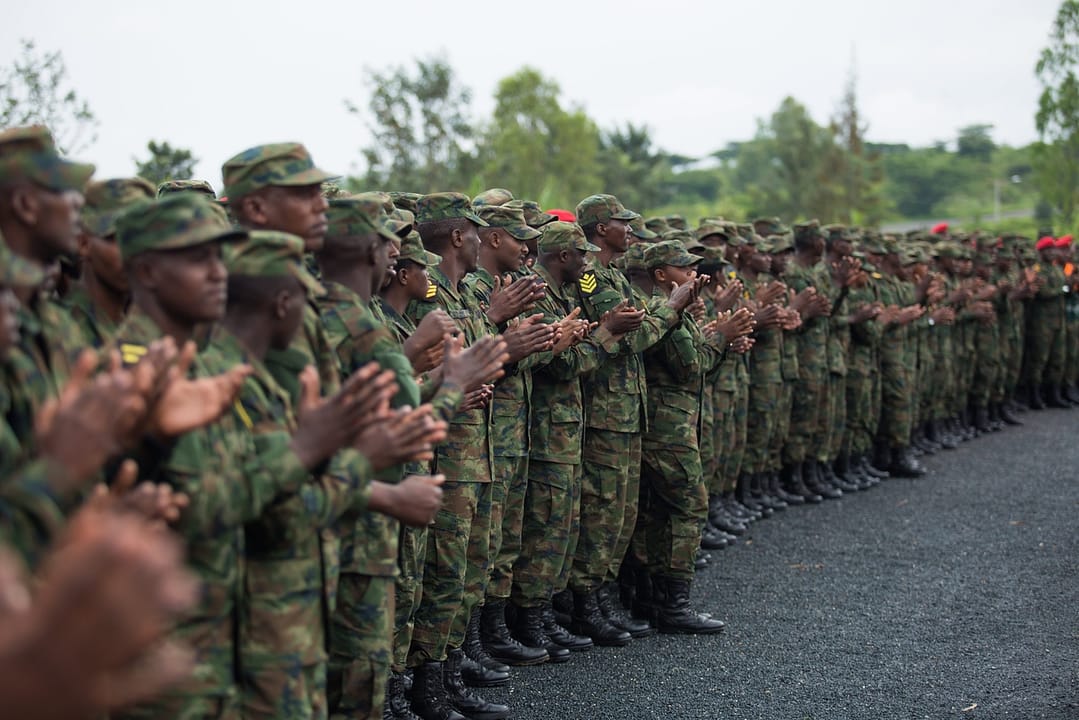 A few days ago, the Rwandan regime deployed 500 soldiers on Congolese soil to support M23 terrorists. The Armed Forces of the Democratic Republic of Congo(FARDC) has images of drone which proves that the Rwandan army occupies the hills of Tchanzu and Runyonyi, two strategic bases of the M23 terrorists. This was communicated by Brigade General Sylvain Ekenge, spokesperson for the military governor of North Kivu on Friday evening.

A few weeks ago, two Rwandan soldiers were arrested in the Democratic Republic of Congo after the attack on the locality of Kibumba, in Nyiragongo territory. The attack displaced more than 72,000 civilians . So far, the criminal and war mongering regime of Rwanda has denied any involvement in various M23 terrorist attacks. The Rwandan murderous thugs are hiding behind the terrorists and calling them rebels that should be negotiated with.

The M23 terrorists intentionally attacked the Monusco in Muhati, not far from Bikenge, in the Jomba group in Rutshuru territory.

To hide its presence on the Congolese territory alongside the M23 terrorists. The Rwanda criminal regime has deployed in the vicinity of Tchanzu 500 special forces, all dressed in a new green-outfit and wearing helmets. Worse still, the M23 terrorists, supported by Rwanda, their natural mentor, intentionally attacked the Monusco in Muhati, not far from Bikenge, in the Jomba group in Rutshuru territory. However, the strength of Monusco is in full control of its mission in accordance with the mandate of the United Nations Security Council. During the attack, three Tanzanian peacekeepers were injured, including one seriously. The latter was evacuated for appropriate care.

This comes after so many other incidents, especially against Monusco helicopter which was shot down by M23 terrorists, that cost the life of eight peacekeepers. By attacking United Nations peacekeepers, the M23 is a terrorist outfit that should be destroyed.

With this new threat, the FARDC calls on the Congolese population to be vigilant and to denounce the presence of any foreign terrorists on Congolese soil.