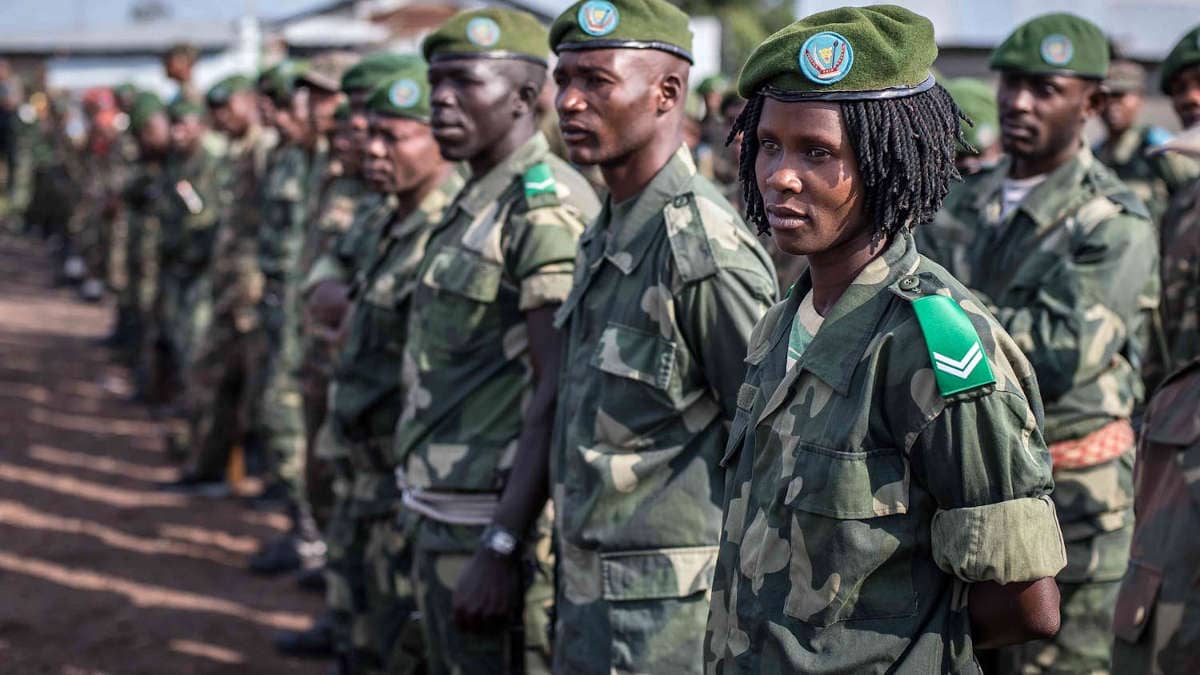 Asema Telema Muana Mapinga (TMM) announced a march a few days ago to say no to the social inequalities that men in uniform, like the military and the police, continue to endure in preparation for the effective improvement of their living conditions and their dependents. It was in this stride that the General Staff of the Armed Forces of the Democratic Republic of Congo was quick to warn all Congolese soldiers whose families could participate in the said march. 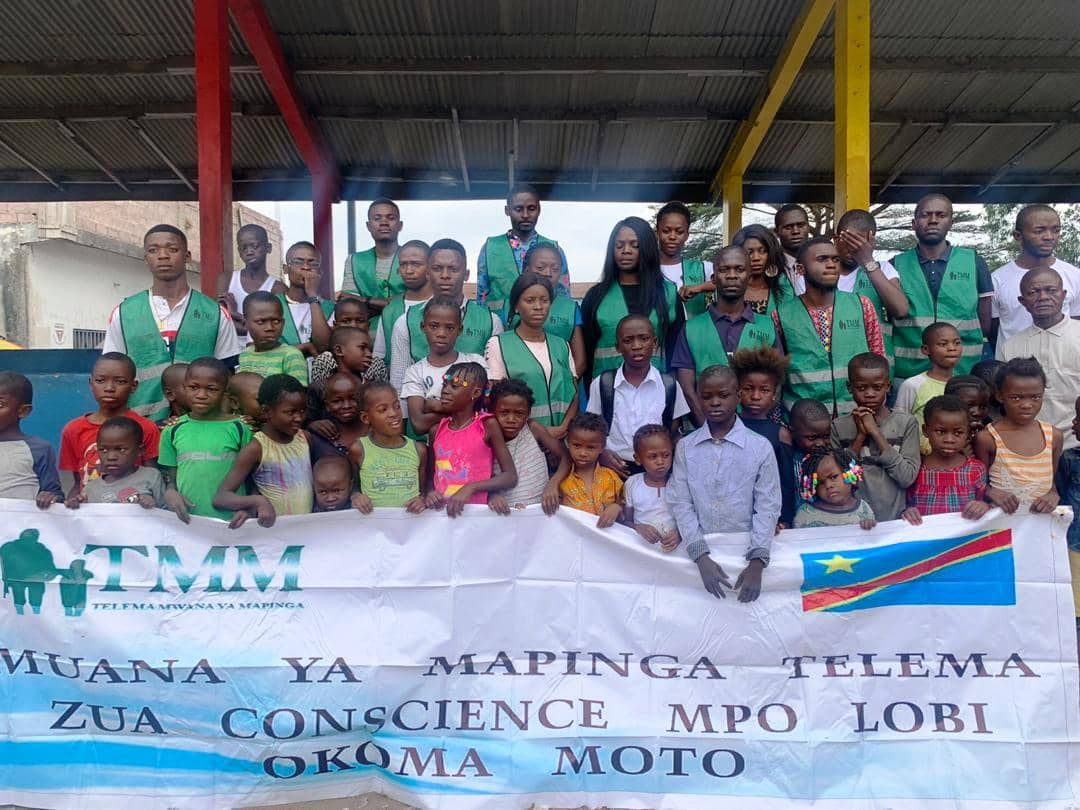 In a statement published on the evening of Friday, January 10, 2020, the General Staff of the Armed Forces of the Democratic Republic of Congo urged military families to avoid any manipulation of associations or pressure groups whose objective is to defile the he image of the Congolese army which, since the dawn of time, has been apolitical and cannot in any day be affiliated to any union in DR. Congo. Hence, the General Staff warned any soldier whose family will be identified in this march that the FARDC General Staff described as illegal and organized by non-members, would be chased from the military camp and would appear before the competent services. Putting it straight, the General Staff reminded all soldiers of the primary mission of the army, is that of protecting and defending independence as well as national integrity.The same press release specifies that the reform of the Forces Armée Démocratique République du Congo (FARDC) has been included among its priorities, the improvement of the social and professional conditions of soldiers and their families. As a result, this General Staff has made it clear that the Government of the Republic is already working to respond positively.

Other records, as part of large-scale operations, according to military sources, the military spokesman in the Beni region, Major Mark Hazukay, informed Saturday January 11, 2020 during the FARDC offensives, 40 rebel elements were neutralized for the conquest of the triangle of death in Beni territory. Among these 40 elements are 5 ADF leaders. However, he said that 30 FARDC soldiers were killed by the ADF and 70 wounded during these offensives. “Our army (FARDC) lost 30 of its elements with 70 wounded and some lost individual weapons. We also killed 40 ADF rebels, “said Major Mark Hazukay from Sokola 1 operational area 1 operational area. Also, he said, the FARDC killed 9 Mayi-Mayi militiamen who were trying to attack the forces loyalists to disorient them in order to allow the ADF to make movements from East to West. In addition, the Congolese army invited the Mai-Mai militiamen to leave the bush.

The Armed Forces of the Democratic Republic of Congo “FARDC” neutralized 8 elements of the armed group CODECO (Cooperative for the Development of Congo) and recovered 2 weapons in several localities of the Mahagi territory notably in Katanga, Djogo and Tchoro during the offensives carried out against these militiamen, from Wednesday 15 to Saturday 18 January 2020.

According to Lieutenant Jules Ngongo, spokesman for the FARDC operational sector in Ituri, the army was alerted to the presence of these outlaws in the localities mentioned above, which is why it took action.

“We were in pursuit of these outlaws whose presence was reported in several localities of the territory of Mahagi where they were wandering. This is how under the command of General Chiviri Amuli we went into action and we struck at Katanga, Djogo and other localities, “he said.

In addition, he indicates that two FARDC soldiers died during these offensives.

However, Lieutenant Jules Ngongo announces that the army will continue to hunt down these militiamen and at the same time calls on them to lay down their arms.

It should be noted that new clashes between the army and the CODECO armed group have been reported since the morning of this Sunday, January 19, 2020 in the Amée region in Mahagi territory.

The elements of the armed group CODECO (Cooperative for the Development of the Congo) killed 7 people and set fire to several houses on Saturday January 18, 2020 during an incursion into the Ngopka village in the chiefdom of the Bahema-North in the territory of Djugu, province of l Ituri.

This news was confirmed Charité Banza, president of the civil society of said chiefdom.

“There was an incursion of CODECO militiamen based in Lidjo village in the Masumbuko group, Walendu-Tatsi sector. They went straight to Ngokpa village where they massacred several civilians who had just returned to this locality after months past at the Drodro IDP site, “he said.

In the process, he informed that there are no soldiers in the region and this attack caused a massive displacement of the population.

He therefore invites non-governmental organizations “NGOs” to come to the aid of these many displaced people and calls on the army to continue “relentlessly” tracking down these militiamen who do not want to lay down their arms.

It should be noted that during the week from Monday 13 to Saturday 19 January 2020, several houses were burnt down in different villages in Djugu territory by these CODECO militiamen.

The inhabitants of the square were again ordered to empty the space by the elements of the Police on the instruction of the Tribunal de Grandes Instances (TGI-Butembo) which is counting on a land dispute between the Mboko and Ngikiro families. Both claim ownership of this land.

During the demolition of the houses, an altercation between the evicted and the police was invited. The security forces have on occasion used tear gas as well as warning shots.

Katsuva Matata Bienfait, spokesperson for the inhabitants of Rughenda (victims of eviction, editor’s note) puts forward a provisional assessment of 18 wounded alongside 45 demolished houses. He adds that a large sum of money was looted by “the police”.

The same Saturday, these evacuees expressed their desolation to the mayor of Butembo. Some protesters including women were half naked. The urban authority claimed that it was not aware of the position taken by the judicial authorities in this land dispute.

However, he asked the latter to return to their homes and promised to speed up inquiries, in particular to acquire the veracity and authenticity of the documents which authorized their eviction.