A meeting of the political bureau of the Current of the renovating Democrats (CDER) was held on Saturday January 11, 2020 by its National President, Jean-Lucien Bussa. There was talk of effectively reviving the party’s activities. Aware of the many challenges that arise in the daily life of the Congolese citizen, and very concerned about the political and security situation in the DRC, the CDER, in its statement, suggested reforms on questions of institutional order and governance. Members of the political bureau did not fail to address the question relating to the interim of the national president, in accordance with the law, but also the situation at the University of Kinshasa. 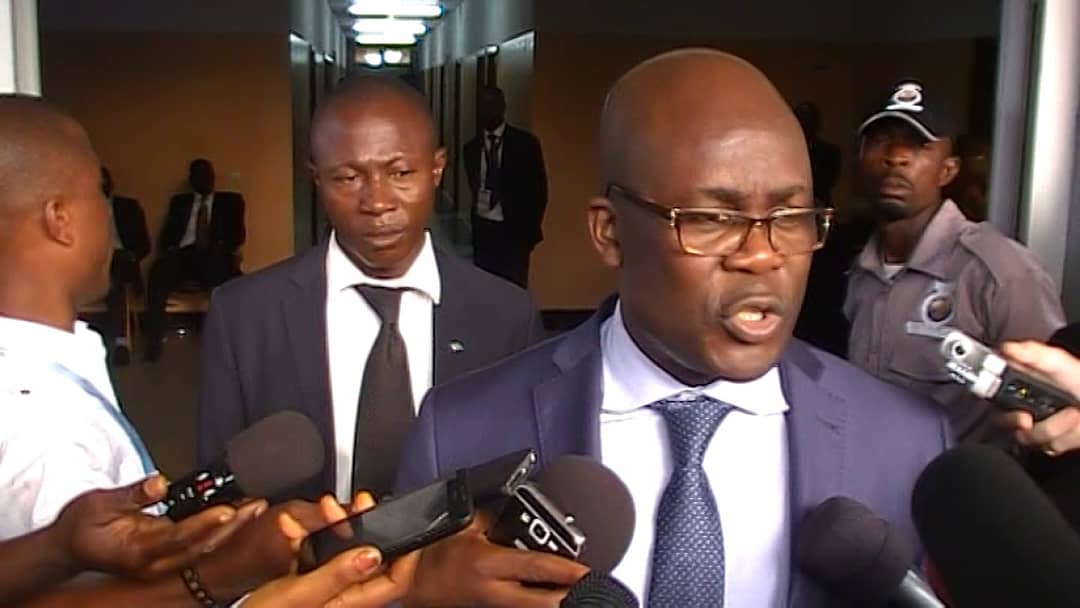 Evaluating the course of his party during the electoral period, Jean-Lucien Bussa acknowledged that the Courant of the renovating democrats (CDER) entered the political scene at a very difficult time, notably that of the worrying question of eligibility. And, starting from this painful experience, the national president of the CDER suggested that the real challenge for them was, in fact, “to exist”.

Having actively participated in the fight for alternation, Jean-Lucien Bussa asked the militants of his party to become, therefore, stronger than before in order to stay the course always upwards for the next five years.

Also, he said, the fundamentals of the party’s vision would be to do everything so that its position emerges in government and in their political platform which is the Common Front for Congo (FCC).

On the sidelines of this meeting which marks the political return of the party, a declaration containing some relevant questions relating to reforms in the Congolese political system was read.

Regarding the political and security situation, the CDER paid a vibrant tribute to the architects of democratic change in the DRC, namely: the Head of State, Félix-Antoine Tshisekedi and his predecessor, Joseph Kabila, Moral Authority of the FCC. This, before inviting the Congolese people and the international community to ensure the consolidation of this FCC-CACH coalition, in order to maintain peace and unity in the country.

Satisfied with the Head of State’s determination to eradicate all the negative forces that are sowing desolation in the eastern part of the country, the CDER invites all the Congolese to show their support for the FARDC for the efforts made, and to preserve the integrity and security in the DRC in general. Convinced, however, that no part of the Democratic Republic of the Congo will be ceded, the CDER would like, on occasion, to eradicate this theory of balkanization from the minds of every Congolese.

As for reform issues, the Courant of the renovating democrats affirms the need for these on the political level as well as good governance in DR Congo. In particular, the question of presidential election by direct universal suffrage and by majority of the votes cast, the election of governors and vice-governors by direct universal suffrage, the application of the eligibility threshold at the level of the constituency and not at the national level, the abolition of the payment of the deposit for candidates at all levels and also the reform of the CENI in order to make the next elections in the Democratic Republic of Congo credible and transparent. The CDER also suggests the dissolution of the National Council for monitoring the New Year’s Eve agreement, the mission of which has expired by the establishment of new public institutions, as well as the irrevocability of Congolese nationality, whatever the case.

With regard to governance, it was recommended that good governance practices be implemented on the basis of radical change in the system and increased efficiency of the institutions.

Another thing, the CDER takes note of the measures taken by the government of the Republic with regard to the various acts carried out by the students of Unnikin and other non-partisans. He calls on real students to calm down because the country needs their knowledge for its construction and development.

It should be noted that at the end of this meeting, an announcement was made on the exchange of vows ceremony which will take place in the days that follow. Knowing, moreover, that the National President of the CDER, Jean-Lucien Bussa should give way, for an interim mandate to another party executive, in accordance with the law.