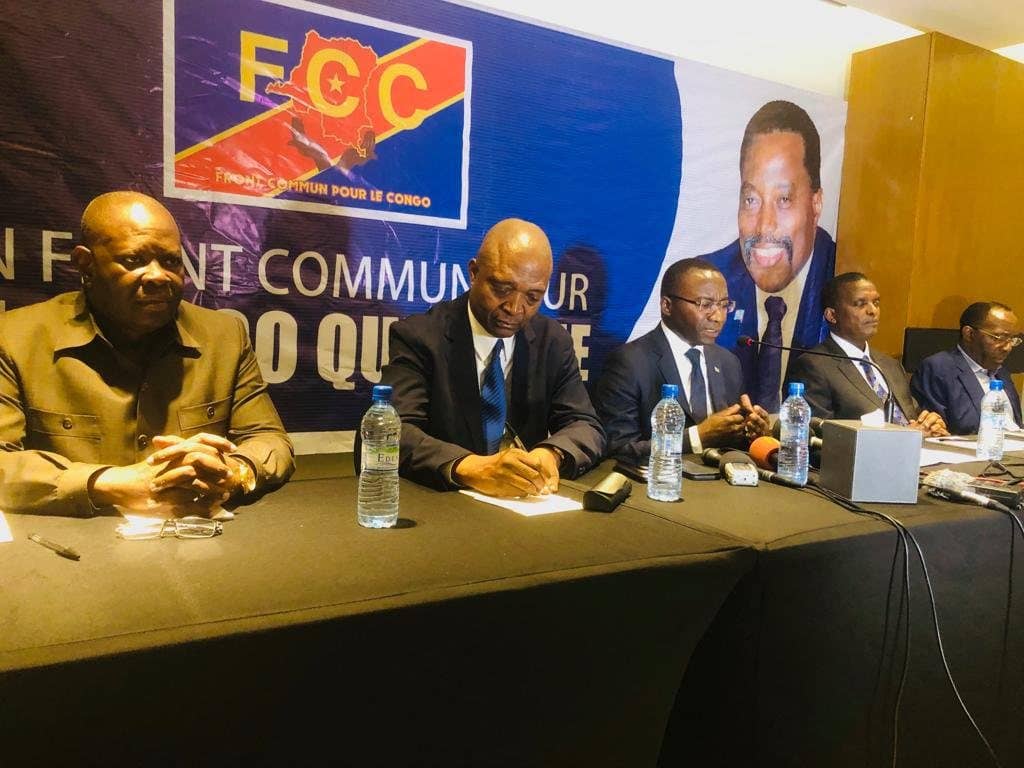 The Common Front for the Congo(FCC), the political platform dear to Joseph Kabila, is trying to recover from its wounds of the presidential election defeat of December 2018, and set out on new bases. During the meeting to return the foundations of Mbuela Lodge held this Monday, December 23, 2019 in Kingakati, Nehemiah Mwilanya, Coordinator of the FCC, notably revealed the late choice of the dolphin and the mismanagement of the funds allocated to the campaign as causes of the candidate Emmanuel Shadary’s failure to run for the highest office. The meeting was chaired by former Head of State Joseph Kabila.

Nehemiah Mwilanya also noted the poor record of communication, the postponement of the date of elections from December 23 to 30, 2018, the treatment of FCC members unfairly, the disregard of the proposals made by the campaign cells of the candidate, as well as the doubt on the organisation of the elections and on the reliability of the voting machine. Remarks that the FCC executives should have agreed to, of course, improve in view of the next deadlines.

During the restitution meeting, the FCC also said it agreed with the orderly continuation of free basic education, the improvement of school infrastructure and the promotion of health for all. 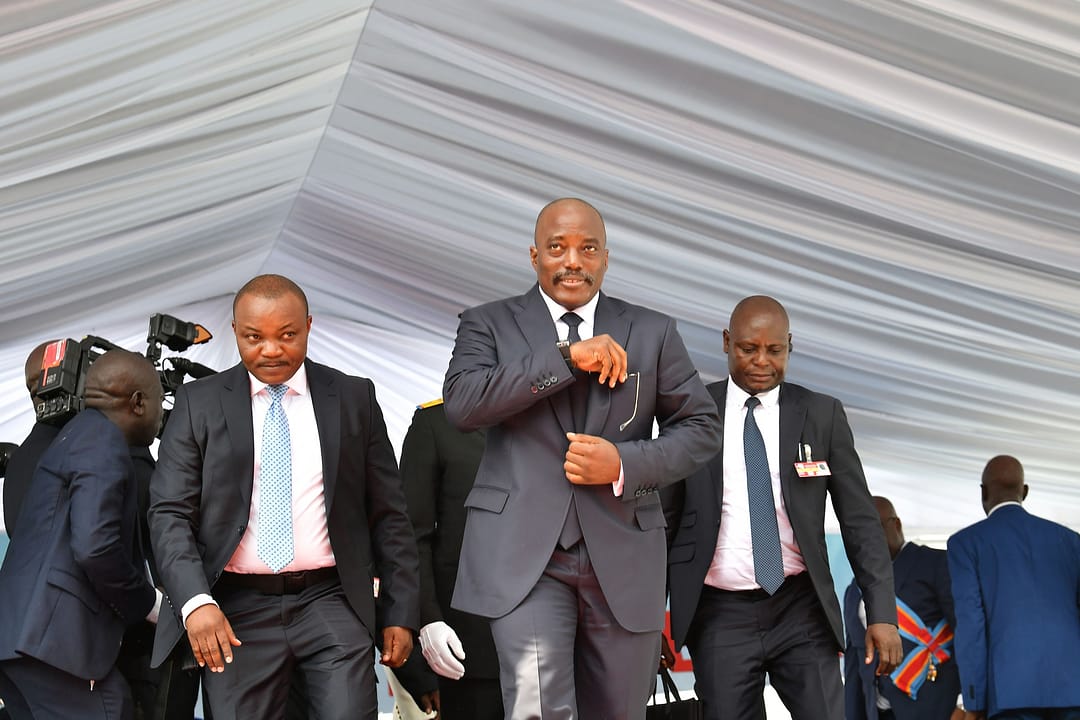 In addition, Joseph Kabila reaffirmed the imperative to save the ruling FCC-CACH coalition which has not shown a very beautiful face in recent months.

This was announced by Nehemiah Mwilanya, coordinator of the FCC, at the end of this meeting chaired by the former President of the Republic. ‘’ He congratulated the participants on the FCC political retreat, he praised the results of these meetings, the cohesion and discipline within the platform. Without discipline, where would we be? He reaffirmed the imperative to keep this coalition bluntly ‘’, he argued.

The Common Front for the Congo is also committed to fight against the attempts to Balkanize the country, preserve the system of a democratic state, rationalise the system of political parties, and pursue
judicial reforms and modernisation of public administration.

The FCC also recommended the revision of the electoral law in order to adapt it to current reforms for the reduction of political parties. He said he was equally determined to continue the debate on the electoral threshold and called for reforms to the voting system.

Participants in the FCC political retreat, which took place in Kongo Central last November, welcomed the existence of the FCC-CACH coalition seen as a necessity for the stability of the country.

According to Nehemiah Mwilanya, the recommendations made after the Mbuela Lodge meeting will serve as benchmarks for the FCC’s prospects.

The FCC political retreat took place from November 25 to 28, 2019 at Kongo Central. The evaluation of the platform’s activities since its creation in 2018 and governance are the two points addressed by the participants.

The senior executives of the common front political grouping for the Congo “FCC” met Monday December 23, 2019 in Kingakati before their moral authority, Joseph Kabila Kabange for the restitution of the works and assizes, held recently at Mbwela Lodge from November 26 to 28, 2019 .

Here are the 14 recommendations presented to Joseph Kabila, the moral authority of the FCC:

1. Do not give in to pure economics and assume choices geared to the needs of the population;

2. Structure the Common Front for the Congo in order to ensure its efficient functioning;

3. Establish a commission to trace the funds and materials made available to the FCC presidential candidate;

4. Work to get closer to the religious world, especially the Catholic Church;

5. Identify credible communicators as well as the persons well specified to descend into the electoral districts;

6. Discuss and perfect the participatory process and the timing of the nomination of the candidate president of the Republic;

8. Request forgiveness from the moral authority and the presidential candidate Emmanuel Ramazani Shadary for failing to achieve the goal of winning the 2018 presidential election;

9. Open the debate on the electoral cycle and the probability of the organisation of combined or separate polls;

14. Take initiatives to revive diplomatic contacts with partners in the DRC.