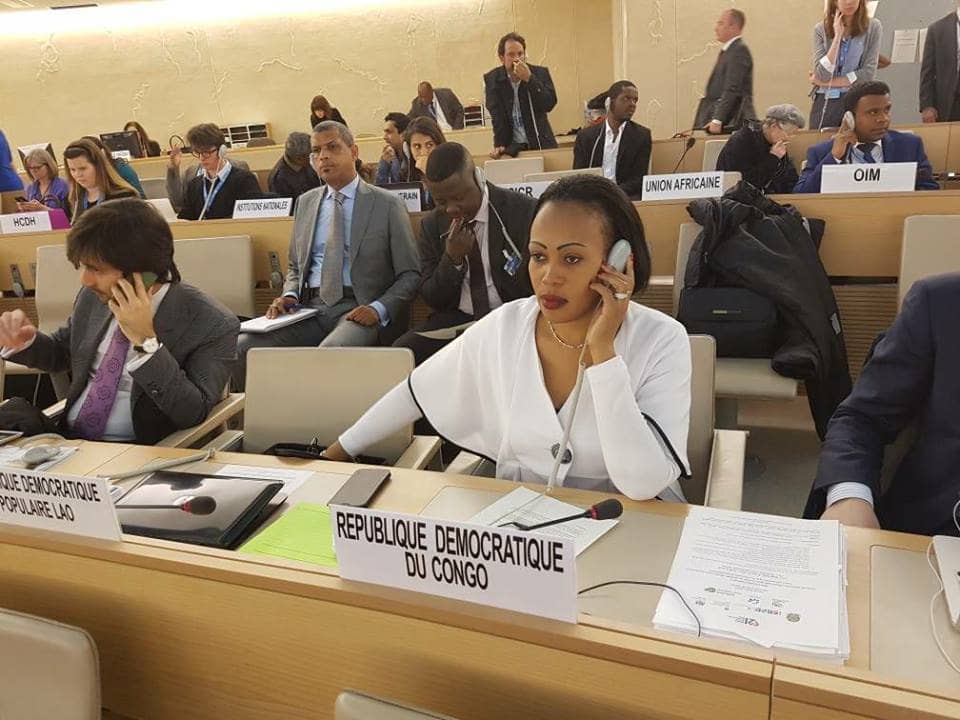 n New York, he headed a large delegation consisting essentially of members of her cabinet as well as the Ambassador of Congo DRC in Geneva, Switzerland, Marie-Ange Mushobekwa, Minister of Human Rights, takes part today in the annual elections to fill the 47 seats of the Human Rights Council on Monday, 16 October 2017, in the margins of the 34th ordinary session of the General Assembly of the United Nations. 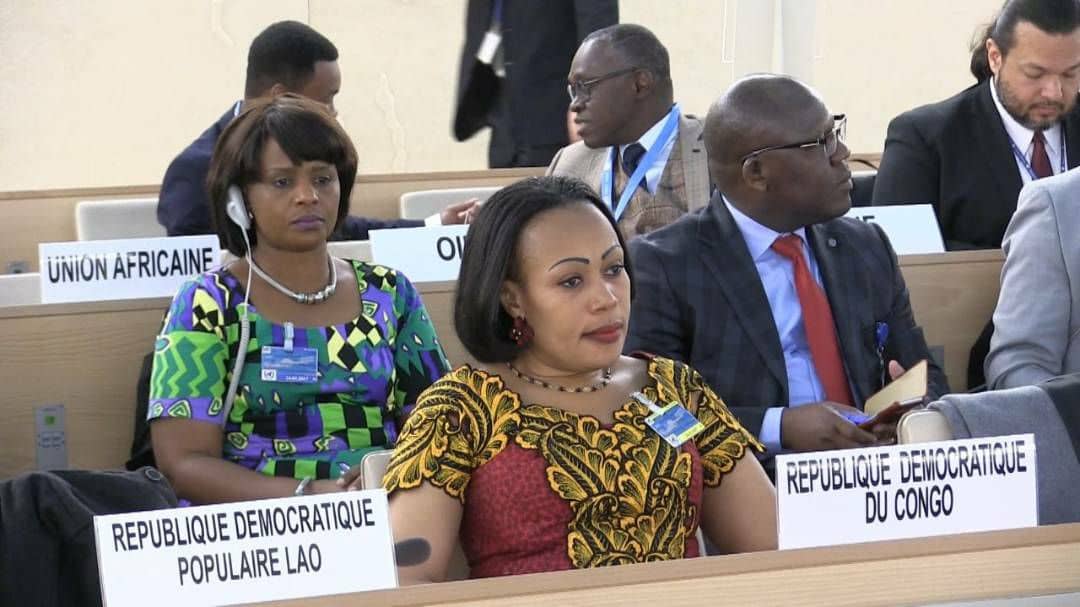 Normally, Congo DRC, Angola, Senegal and Nigeria are on the “closed slate” to fill the four positions reserved for the African group in the UN Human Rights Council. Which logically guarantees a seat for each, even if everything will ultimately depend on the deliberations of the Member States.

Already, the Congolese Minister of Human Rights believes that given the Geo-strategic position of Congo DRC, with its nine neighbouring countries in the heart of Africa, its size in terms of area and number of inhabitants, deserves to sit on the Human Rights Council.

In her plea, as she had already launched, from Geneva, as soon as she took office, Marie-Ange Mushobekwa spoke of progress made in her field.

In this respect, she has carried out numerous work assignments to convince and rake broad. The campaign is, of course, discreet but intense. Several times she was in Geneva where she had to face reports, including those of the United Nations High Commissioner for Human Rights. Reports to which it has had to oppose official Congo DRC positions. Congo, rejecting each time, arguments used, as a bloc.

Even today, in New York, where she arrived more than a week ago, Marie-Ange Mushobekwa who does not intend to cross her arms, returns to the charge. This time, the stakes are high. For, in his opinion, the candidacy of his country, Congo DRC, has undeniable assets. She said that she had contacts with most African countries and those of Latin America and the Caribbean who had been favourable to the election of Congo DRC.

Recently President Joseph Kabila Kabange, during his recent visit to New York on the sidelines of the 72nd Ordinary Session of the UN General Assembly, had to speak with the President Alpha Conde on the same file. The latter, she said, had also promised the African Union’s support for the candidature of Congo DRC . Many other western European countries, far from it, have been sensitise to this end.

Mushobekwa also recalls that Congo DRC has been withdrawn, for example, from the blacklist of countries specialising in the recruitment of child soldiers.

Further progress has been made in the fight against impunity and in the organisation of fair trials against perpetrators of serious human violations in Grand Kasai and elsewhere in other provinces.

For her, indeed, the admission of Congo DRC to this important structure of the UN would make the voice of Africa better understood.

This is because if Member States do not let themselves be carried away by abusive campaigns by certain organisations determined to tarnish the image of Congo DRC , to encourage all efforts still under way to respect and protect human rights.

The reason for the creation of the Human Rights Council at the United Nations was to resolve the issue of the promotion and protection of human rights in all States of the world. The Congo DRC, unless we desperately seek something else, is still not hell, answers Marie-Ange Mushobekwa, to the Ngos and countries hostile to the approach of his country.