The organisation Journaliste en danger (JED) expresses its deep concern after the vandalism of Voix de Mikeno community radio station by the M23 terrorists who forcefully occupied the town of Bunagana, near Goma, the provincial capital of North- Kivu, Monday June 13th.
On Tuesday, June 14, 2022, JED spoke of important materials carried away by the foreign occupiers, thus reducing Mikeno radio to silence.

It was around 5:00 p.m. on Monday, June 13, 2022 when M23 terrorists and the Rwandan army raided the facilities of Radio Communautaire la Voix de Mikeno.
Its director André BYAMUNGU, confirmed that following this attack, all the broadcasting equipment was taken away, in particular the transmitter, the mixer and the microphones.
And as if that were not enough, the M23 terrorists and the Rwandan army destroyed the entire studio and broke the tables of the Mikeno community radio.
It does not make sense for the terrorists of the M23 and the Rwandan army to attack the media and human rights defenders in general, to the point of depriving the population of information. 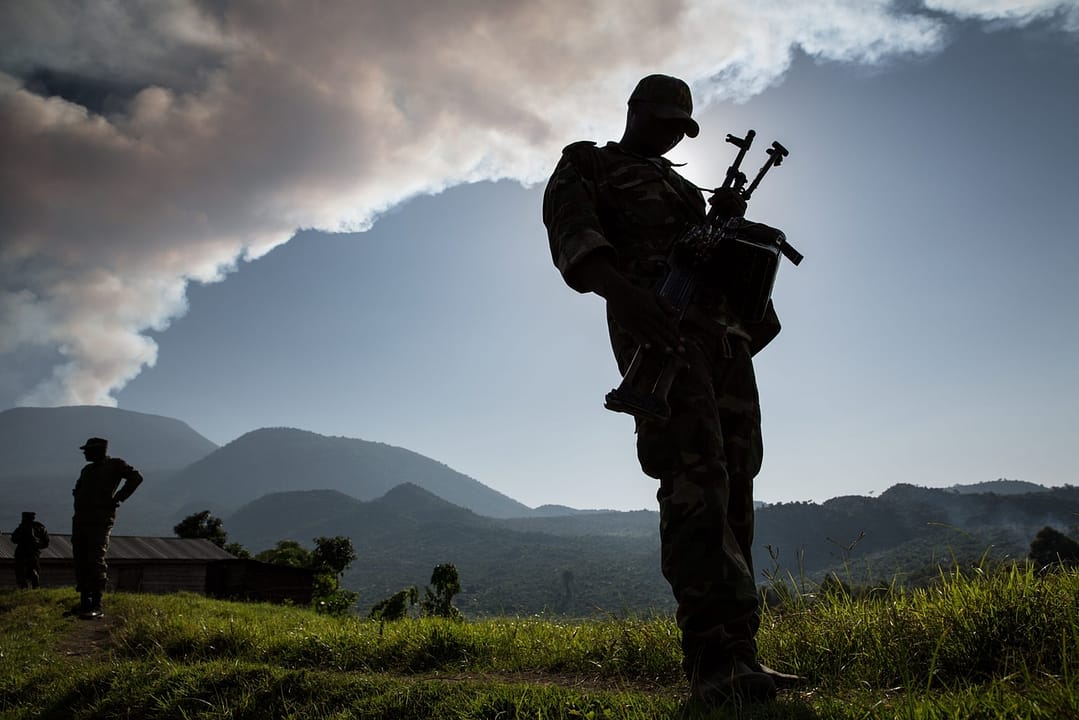 All the high and low frequency equipment was taken away during the occupation of Bunagana  by the terrorists and their Rwandan partners in terrorism.

The director of Mikeno community radio, fears that his press organ will be unable to relaunch its activities even after the departure of the armed group.

“I became mute and wouldn’t know where to start if the calm returned, because they vandalised the radio station, took away the transmitter, the mixer, the microphones. They also destroyed the studio acoustics before leaving the studio tables broken. For now, only the portable Dictaphones have been saved by our colleagues and us,” said André Byamungu.

In addition, radio personnel have found refuge in Uganda and other towns bordering Bunagana.

Since the capture of Bunagana, the response of the Congolese army has been slow. In a message published on Tuesday, June 14, Kaiko Guillaume, military spokesperson in the area, said that the withdrawal of the Armed Forces of the Democratic Republic of Congo was tactical to avoid loss of human life on the part of civilians.

Since Monday, June 13, the strategic border town of Bunagana (North Kivu) is still in the hands of the M23 terrorists and their allies whom the Congolese side clearly declares to be Rwandan soldiers.
After intense fighting around this centre of cross-border trade, troops of the Armed Forces of the Democratic Republic of the Congo decided, on the same Monday, to move towards Uganda or else to remain in the vicinity, outside the town.

The Congolese army justifies its position by the concern to spare civilians who were already exposed by clashes between loyalist forces and terrorists. Lieutenant Colonel N’Djike Kaiko Guillaume, military spokesperson in the region, reassured about the tactic.

“The withdrawal of the Armed Forces of the Democratic Republic of Congo from Bunagana is purely tactical, so as not to cause casualties on the civilian side, as was the wish of Rwandese. However, we reassure the population that the FARDC are in the zone and contain the enemy. We will immediately put these Rwandese and their sons out of the national territory”, he said.

On the same Monday, June 13, the military authorities of North Kivu had already spoken out against the invasion of the Democratic Republic of Congo by Rwanda. Unequivocally, the governor’s spokesman promised that everything will be done by the army to keep the homeland intact.

“The Rwandan army has this time and in the open, decided to violate the intangibility of our border and the integrity of our territory by occupying the border town of Bunagana. The FARDC will draw all the necessary consequences and will defend the homeland. “ , he promised.

A day before, on Sunday June 12, the same spokesman for the governor had already warned that the objective pursued by Rwanda was to occupy Bunagana in order to asphixify the city of Goma.

The day after the capture of the town by the enemy, there is an apparent calm although mixed with fear and uncertainty, according to sources on site. But thousands of civilians fled the place, going as far as crossing the Ugandan border.

In the province of North Kivu, the news is still about the various attacks perpetrated by the M23 terrorists that occupies Bunagana, an important commercial centre of the DRC located on the border with Uganda.

This Wednesday, an angry demonstration was organised to denounce the aggression of the DRC by Rwanda and Uganda, two countries accused of being behind the attack last Monday in Bunagana.

When receiving the memorandum from the demonstrators at the provincial governorate, Brigadier General Sylvain Ekenge, spokesperson for the military governor of North Kivu, reaffirmed the FARDC’s determination to safeguard the integrity of the national territory. He also warned the Republic of Rwanda, whose involvement in the aggression against the DRC has been proven.

“We are going to do everything and do everything possible to drive these criminals, these terrorists with their supporters out of the national territory. Rwanda does not scare us, it does not scare us. We will fight them and if they want war, they will have war. For now, we thank you for your actions,” General Sylvain Ekenge told thousands of protesters.

This Wednesday, the demonstration initiated by civil society and citizen movements saw the participation of other social strata including motorcycle taxi riders and traders. The demonstrators arrived at the small and large DRC-Rwanda barrier to express their displeasure with Rwanda’s support for the M23.