Its been a while since I posted any art on this web site, but that is about to change. The next revolution of Congolese art  has begun-this new art is going to be very deep(sick) and hopefully it will inspire many Congolese and Africans. We should not allow the mainstream media and their imperialistic puppets to intimidate us, by telling us how Congo Art should look like! 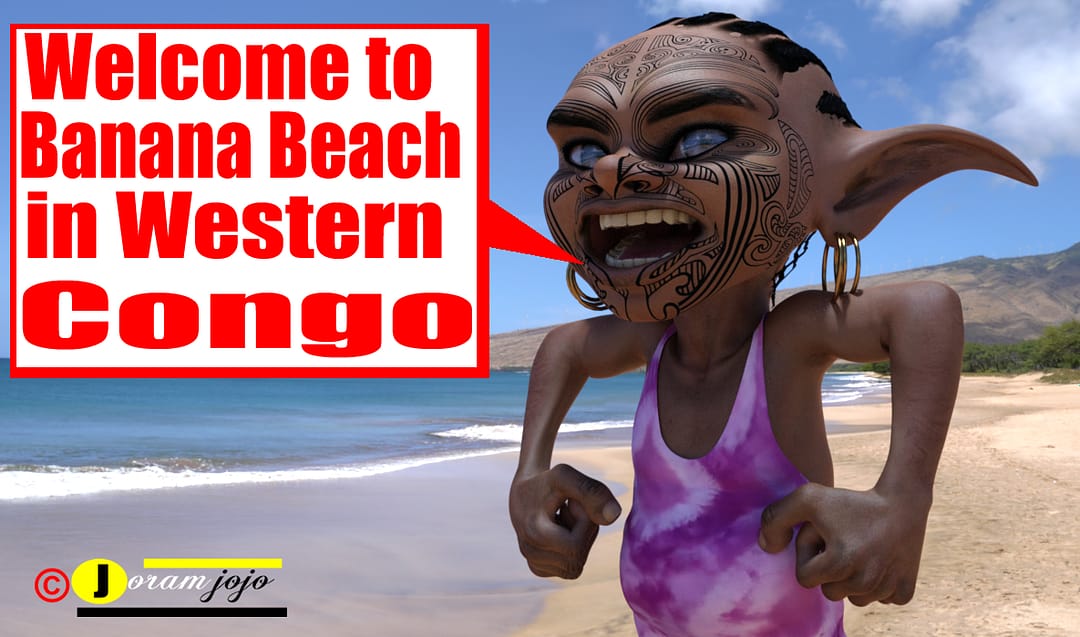 Its true, Banana beach does exists in western Congo, and it will future a lot in this chapter of art

These two activists will also future a lot, as they have something to tell the world..visual story telling is what this Congolese art is all about.

The scene has been set and the two activists will be officially launched in an animation film..

Its been six months since President Joseph Kabila officially ended as a constitutional president of Congo RDC, but he still squats in the Congolese State house. Because of his selfish actions, many people have lost their lives and made refugees….

The problem with Congo RDC today, is that everyone wants to be the president but lacks the patriotism towards their country. We want Congolese leaders to stop being selfish and start thinking of the nation.

The instability in Congo is mainly fuelled by the notorious regimes of Uganda and Rwanda. As long as those two western puppets are still around, Congo will continue to bleed. However, today most Congolese have woken up apart from a few politicians that still do business with the two criminal regimes.

The world knows that a genocide took place in Congo and the perpetrators are known, but justice has been too slow because of imperialism interests.

A united political project will lead to a better country with inclusive politics, and not always the same greedy politicians.

The culture of corruption has contributed to the destruction of Congo institutions and their development.

Not even fire will be able to burn the truth of what happened in Congo. The death of 6 Million people is not something that the Congolese people can easily forget,

This New Revolution of art has just begun….let us tell our own story without the fear of imperialistic forces and their puppets.