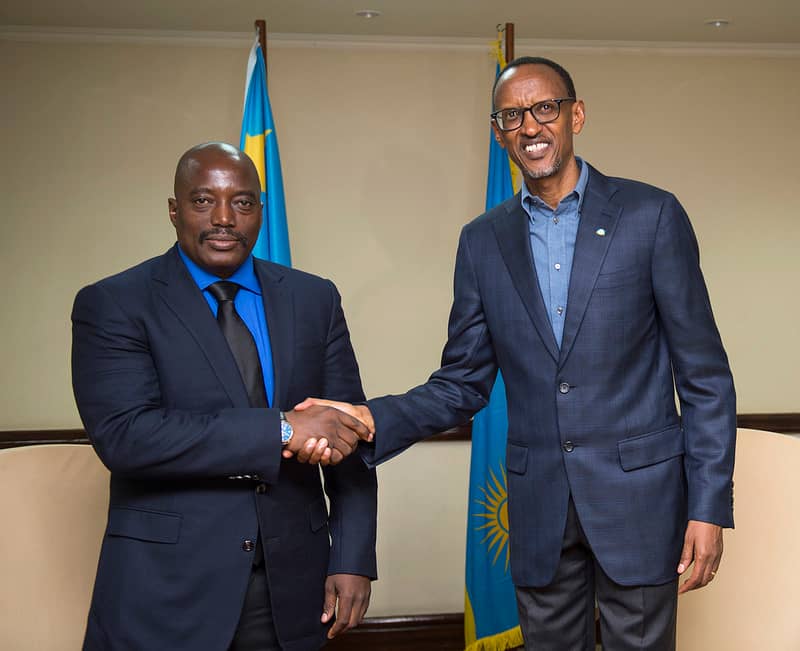 Thus, for not having ensured the holding of presidential elections within the constitutional deadline and, in addition, for obstructing perfectly informed decision this election, Joseph Kabila has committed perjury and intentionally violated the Constitution of the Republic . He will therefore be guilty, with the active complicity of the authorities of the CENI, high treason as defined by Article 165 of the Constitution. 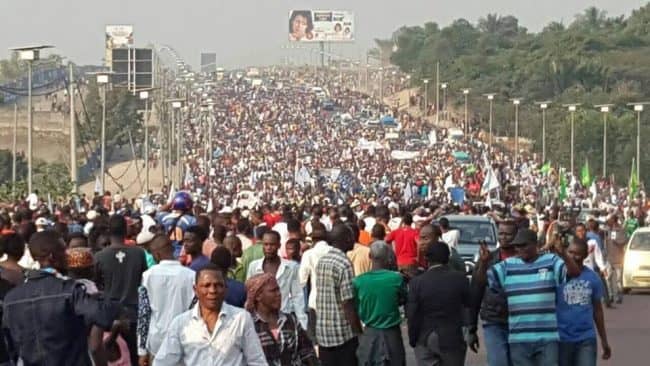 Tuesday, July 19, the G7 has invited you to a press conference to report the opinion of the meeting that its delegation had on July 14, with the facilitator at the request of the latter.
On this occasion, the G7 called, in terms of one little clearer, the attention of the Congolese people and the international community about the real motives of the very late and general voter registration that INEC would launch the August 1 current, from the province of North Ubangi.
The facts and statements we are seeing since the beginning of this August from the leaders of INEC and President Kabila, give again due to the G7 whose accuracy analysis and the relevance of the remarks are never been denied.
Indeed, the reality of the enrollment of current voters in North Ubangi and the statements of officials of INEC themselves attest unequivocally that this operation is the establishment of a new electoral register which spreads until June, 2017.
Thus, the INEC has ignored all the recommendations of national and international experts to carry rather than revising the overhaul of the electoral roll to hold presidential and legislative elections within the constitutional time as has ceased to require the overwhelming majority of the Congolese people.
The logical and predictable consequence of this obstinacy of INEC is the slip of the organization within the presidential election beyond the prescribed of the Constitution, which led to the intentional breach of it.
The explanation for this attitude of the Central Election DRC would it not have to look through two strong recent announcements?
The first, made Thursday, August 4 current President Kabila, on foreign soil. Indeed, during a joint press conference with his Ugandan counterpart Yoweri Museveni in Kasese District, Joseph Kabila said in English that once the file is available, then the electoral calendar will be published “, which means, in other words, that the electoral calendar will be published until after the establishment of the electoral register in June 2017.
The second announcement came from Mr. Cornelius Nanga, Chairman of INEC.
As to relay and support Joseph Kabila, President of the CENI was not embarrassed stated during a workshop “presentation and demonstration of the electoral kit to civil society leaders” held on Monday, 8 August at the Red lounge of the Ministry of Foreign Affairs, that the revision of the electoral roll will end probably in September 2017 “.
The G7 denounces the fact that instead to challenge INEC and ask him to publish the electoral calendar in the constitutional deadline, whether the President of the Republic himself, guarantor of the regular functioning of public authorities, which replaces CENI and unilaterally decreed the date of publication of the electoral calendar in violation of Article 211 of the Constitution.
Everything is clear now. The will of President Kabila and his INEC, the electoral timetable not be released until September, 2017.
The ballot for the election of the new President of the Republic will not, therefore, convened three months before the end of the mandate of the Head of State in office, on 19 December, as required by Article 73 of the Constitution. The slip of the electoral calendar is already running.
Thus, for not having ensured the holding of presidential elections within the constitutional deadline and, in addition, for obstructing perfectly informed decision this election, Joseph Kabila has committed perjury and intentionally violated the Constitution of the Republic . He will therefore be guilty, with the active complicity of the authorities of the CENI, high treason as defined by Article 165 of the Constitution.
In due course, the Rally of political and social forces acquired change, must take all necessary measures to bring Joseph Kabila and his accomplices of INEC before the Constitutional Court.
Meanwhile, the G7 considers that announcing, one after another, the postponement of presidential and legislative elections beyond the limits prescribed by the Constitution, Joseph Kabila and President of CENI launched a serious challenge Congolese people and, especially, political and social forces acquired to change.
That is why, ladies and gentlemen of the press, I inform you that given the seriousness of the situation, the G7 wrote yesterday Wednesday, August 10, 2016, the President of the Council of Elders of the Rally of political and social forces gained change a letter to propose peaceful actions to take, without delay, to compel INEC to convene the ballot for the presidential election on 19 September and published the electoral calendar.

Ladies and gentlemen of the media,

I can not conclude this paper without a word on the famous dialogue currently in the headlines in the DRC.
In this regard, the position of the G7 did not change. It fits in line with that defined in the Rally of social and political forces acquired acquired change, notably that:

The G7 endorsed the resolution of the UN Security Council whose Rally demands the full implementation under the moderation of the broader international facilitation;
No prospect of a solution to the crisis artificially created by President Kabila to remain in the state orders, has a chance to succeed without genuine policy easing on the part of those who govern our country.
In this context, the G7 requires the end of judicial harassment against its candidate for the Presidency of the Republic, Mr. Katumbi victimised unfair trials and without foundation, and he will return to his country as a free man to participate in the political dialogue. The G7 also urges the unconditional dissolution duplicate its member parties mounted power for laminating.

For the G7, refusing to relax the political situation, President Kabila remains second block to democracy after the electoral process. It shows bad faith and determination to persevere in his Machiavellian strategy of delegitimization of republican institutions and rotting in order to justify a constitutional coup.

The G7 wishes to express its disapproval of disguised expulsion of the head of Human Rights Watch, Mrs Ida Sawyer. This fact is part of a process seeking to cover a screed lead the serious violations of human rights and to continue to suppress in camera opponents in the Democratic Republic of Congo.

The time has therefore action to block all these blockages. Mobilize all our energies to free democracy and the electoral process.
The G7 launched an appeal to all those who campaign for a truly democratic Congo and to respect our Constitution, to align our initiatives and act in synergy in the field.
The best interests of the Congolese people and the future of our country we want to control the radiant.