Géopolis Hebdo (GH): Honourable Samy Badibanga, you are the current Chairman of the parliamentary group “UDPS and Allies” to the chamber base of the Congolese Parliament, you just participate in the work of the opening ceremony of the Preparatory Committee of National Dialogue the Beatrice hotel, Kinshasa -Gombe, while your party and the political group to which it belongs, the Gathering, the boycott. The latter, with the support of their allies, even organized the recent day ghost town in the capital. How do you justify your presence at this stage of the process? 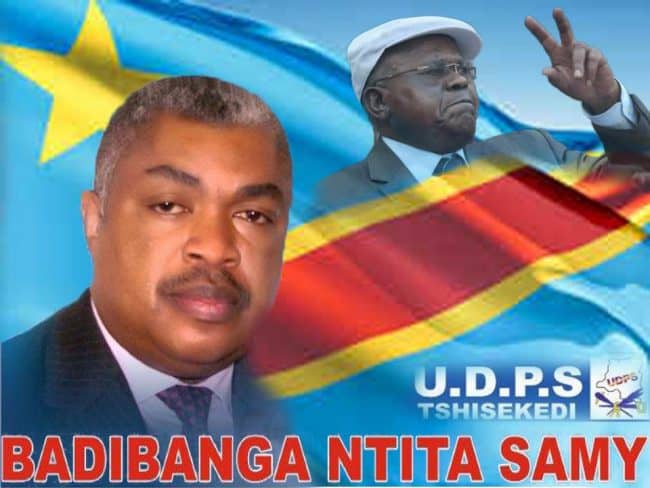 Samy Badibanga (SB): this morning I was at the opening of the Preparatory Committee of the National Dialogue as Head of Delegation of the institutional opposition. The latter includes in it the national MPs and senators.

Here in what context I found myself. I have always said and I respect him, respect for the Constitution requires respect for institutions. There is an adage that says, “I like making things happen and when they fail, I’ll get them so they arrive.”

Second thing we have in this process following the 2277 UN Resolution and nothing else. And so, we will uphold the Constitution but, however, I should point out that I remain in solidarity with all the friends of the Opposition.

And I remain a member of the Union for Democracy and Social Progress (UDPS) but you know as well as I that Article 101 of the Constitution says that the mandate of Deputy is not imperative or any imperative mandate is null.

It is in this context that I showed up today. We will ask all the requirements of the Opposition on the table to get inside what until now we could not get out. So this is our struggle that we now carry within.

GH: Honorable, the opinion request, about your relationship with Félix Tshisekedi, if the distance is total, it is a break because we constantly see you together? You in the National Assembly and outside it, is that it is a strategy or a difference in perception?

SB: I would not talk to you our strategy but after that, you can remember that I am unconditional friendship. But in politics, I assume my convictions. I have been in Parliament, I am Chairman of the parliamentary group UDPS and allies, not as far as we do not see you or with Félix Tshisekedi, we are still together. We continue to discuss politics together and you are aware of many of the things we continue to do together.

As this will be respected, there is no reason why we no longer see us together.

GH: You’re not afraid of being absorbed into a dynamic where you will not have the strength to change things inside because we are afraid that tomorrow, you slam the door of dialogue, which would be even when your hand a bit irresponsible?

SB: not irresponsible, I would not say that. It’s part of the game. If you see, this is quite normal.

If we see from inside that things are not going in the direction of what we are asking is to say, in transparency, in accordance with the Constitution and the constitutional deadline for elections soon, if we can not get all this we will slam the door. There is no gene that.

GH: the disqualification of the Facilitator of the Inter-Congolese Dialogue, Mr Edem Kodjo, is at the heart of this complication. What is your opinion ?

SB: I prefer to be beyond people. I prefer to stay on the principles. The African Union has sent a facilitator, the international community supports us.

In fact, we made this request and have responded positively to this request for help to us also to find solutions together.

Can we find solutions to these reasons or not?

GH: but the bias is an internal reason to any person. It is not outside of himself on the facts alleged against him?

SB: Is there evidence that this bias?

First element. Second element, let it even being biased, can we surround him or not?

And the third element, what will its role in the debate?

I speak to you, it is I who launched the movement from my parliamentary group and all friends of the Opposition, and finally in the street, the movement was recovered.

GH: Is it true that in politics, the Dialogue will definitely lead to a transition such as we are currently seeing. But does it not he scare you?

SB: No. Hear; it disappoints me because what we want is respect for the Constitution and the constitutional deadline. But if by the force of circumstances, power has put us in that situation, we are responsible, it will establish the responsibilities, the consequences and then see reality in the face.

GH: Are you optimistic about the continuation of the debate because this dead city still take place?

SB: I remain optimistic for the Congo. I see things beyond people like I told you earlier. I think we all have a sense of responsibility quite high to see the general interest rather than, I would say, interest news.