he High Representative and Special Envoy of the Head of State, Kitenge Yesu, who died on May 31, was buried this Thursday, June 3, 2021 in Kinshasa.

The Patriarch, the Dean, the High Representative, the shaded ceremony of the President of the Republic, the schoolmaster has completed his race on the land of men. 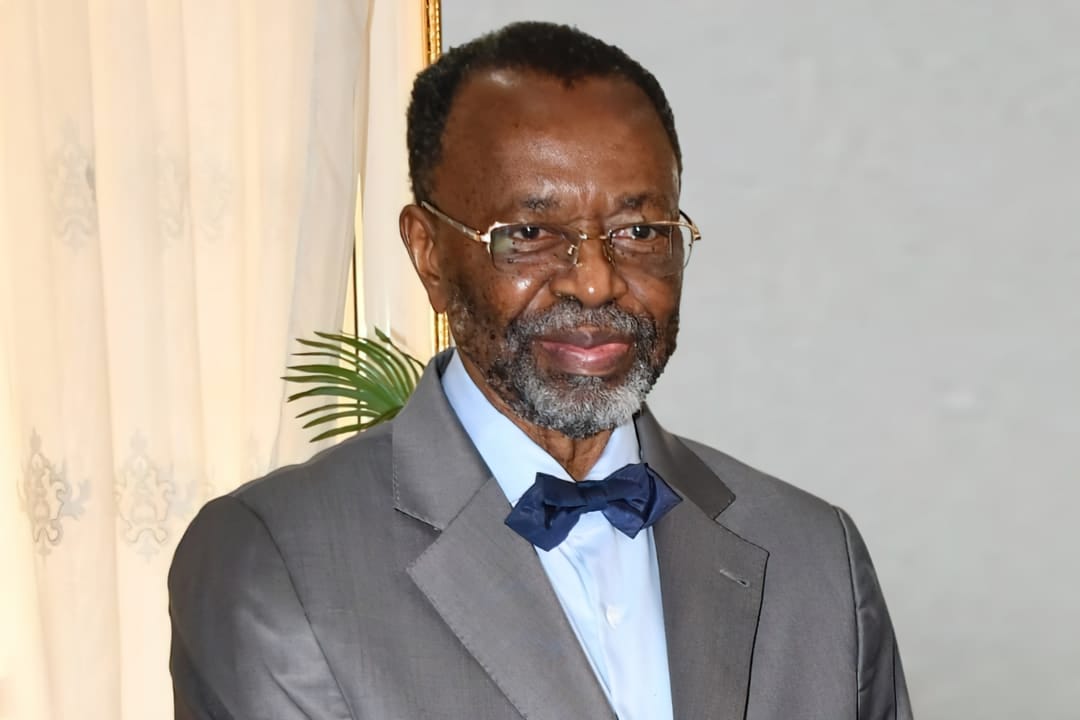 The library has caught fire. KITENGE YESU, the strategist always seated on the right hand of Fatshi as soon as his accession to the Supreme Judiciary, will now rest for eternity in his last home to the necropolis between land and heaven in the eastern part of the capital Kinshasa.

As one might expect, the President of the Republic, Head of State, Félix Antoine Tshisekedi, as well as his charming wife, the first lady Denise Nyakerru Tshisekedi, have stained, before the ground of this great Pioneer of the Transubstantiation of the Common Front for Congo to the Sacred Union of the Nation, to bow to its mortal remains exposed to the morgue of the Cinquantenaire hospital in the morning of Thursday, June 3, 2021.

All the personalities of the country, the President of the Lower House of Parliament, Christophe Mboso to Prime Minister Sama Lukonde via the Senate Speaker, the Honorable Bahati Lukwebo, all made the trip to pay their respect and tributes to Kitenge Yesu, died Monday, May 31st in Kinshasa.
The emotion that struck more than one on the first day of June following the disappearance of energy. The High Representative of the Head of State, has experienced a diédenated alteration when the members of families, friends and Knowledge gathered yesterday, Thursday, June 3, at the Cinquantenaire hospital around the ardent chapel of their father, grandfather, great-grandfather who will not have his eyes to see them, nor his ears to listen to them. François Muamba, one of his acolytes, very disgusted, has, in his funeral oration, lamented the departure of a father, a model, a companion who leaves, weapon in his hand. “We consider you a body in your way of leading the committee set up during consultations initiated by the President of the Republic. You have been for us a father, a brother, a friend and especially a model of commitment and a source of inspiration. You lived as a good man. You have left us, such is the will of God, but the strong team will continue the work of the head of state, “he said.

Kitenge Yesu was a Nationalist

For his part, Laurent Batmona, dismayed by the death of his moral authority within the framework of the political forces allied to the UDPS (FPAU), rented the merit of Kitenge Yesu, this man to the cutting language which put an end to any relationship with his family. “We have just lost a valiant and an extraordinary strategist,” he said, before unveiled the experience of Kitenge Yesu, he who has experienced great politicians in the history that many have studied only. ‘at school. “The great man we regret the disappearance, started politics at the age of 17. He met Che Guevara, Fidel Castro, Nasser and Mao Tse Toung, “he said, and to continue:” With nationalism, he is the initiator of the sacred union of the nation and we will continue this work.  Mr. President of the Republic, his advice and opinions have been much appreciated by your as a person. So, you have just lost a dad and a high advisor. He has left a vacuum with the allied political forces of the UDPS.

The ceremony was marked by the presence of several officials, who came to pay a last tribute to the illustrious disappeared. The presidential couple bowed to the coffin of the deceased and laid a wreath.

A delegation from Together, Change the Congo (ECCO) representing President Adam Bombole was led by its Secretary General, Chris Ileo Yoka.

It should be noted that the late Representative and Special Envoy of the President of the Félix Tshisekedi Republic died at the age of 76. In the past, he assumed the functions of Minister of Foreign Trade in the Government of the Honorary President of the Senate, Leon Kengo Wa Dondo, under the reign of the Lord of Zaire, Mobutu Sese Seko.

A library is gone. Generous man, fine strategist, intellectual with attentive ear. My condolences to his biological and political family. May the land of our ancestors be light to him. Farewell Kitenge Yesu