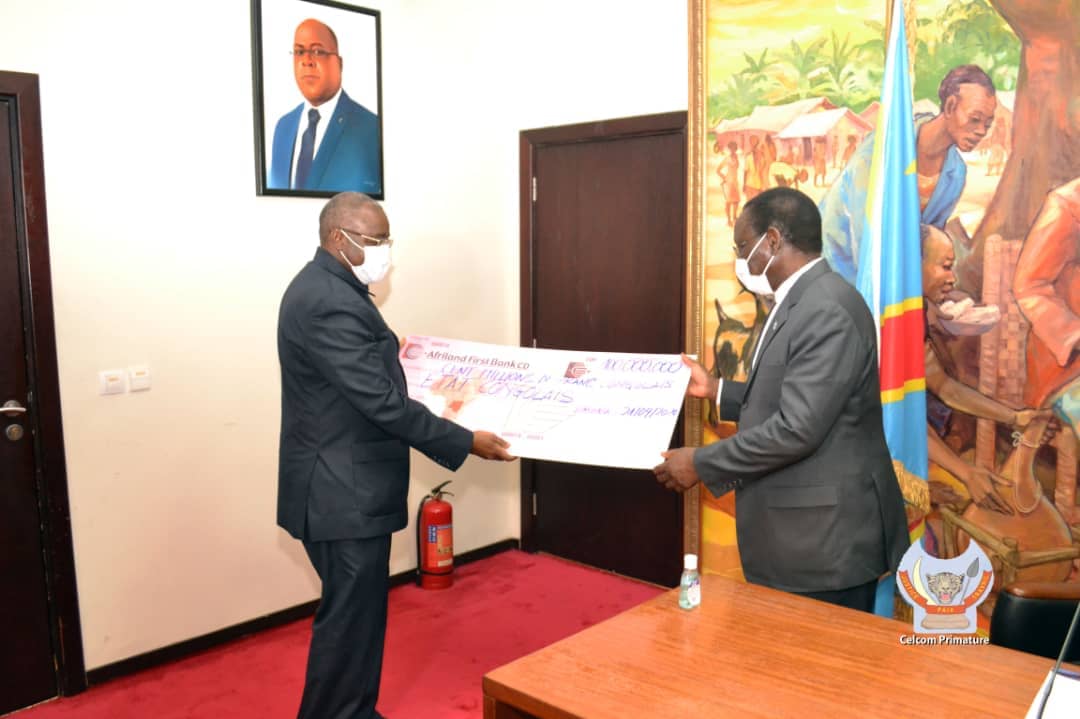 Economic operators working on the Congolese soil are increasingly manifesting themselves in a great surge of national solidarity in the fight against the covid-19 pandemic in the DRC. This Tuesday, April 21, 2020, a delegation from Afriland First Bank, led by its Managing Director Souaibou Abary, brought the contribution of their bank to the Prime Minister, Ilunga Ilunkamba, who received them, to participate in the fight led by the Congolese Government against the coronavirus.

This is a cash contribution of one hundred million Congolese francs, paid to the solidarity fund for the fight against the coronavirus and an endowment of 50,000 protective masks. It was in the presence of the Minister of Public Health Eteni Longondo and the Coordinator of the secretariat of the response to the pandemic of the Covid-19, Doctor Jean-Jacques Muyembe, to whom the Prime Minister immediately handed over the contribution of Afriland First Bank .

This is the second contribution of a bank to the solidarity fund, after that of United Bank of Africa, on March 31. Represented by the Chairman of the Board of Directors, Mr. Bernard Mavambu Zoya and the Managing Director, Mr. Patrick Kabisi, this banking institution had contributed 150,000 thousand US dollars. Aid mainly intended for the purchase of medical supplies and appropriate logistical support. 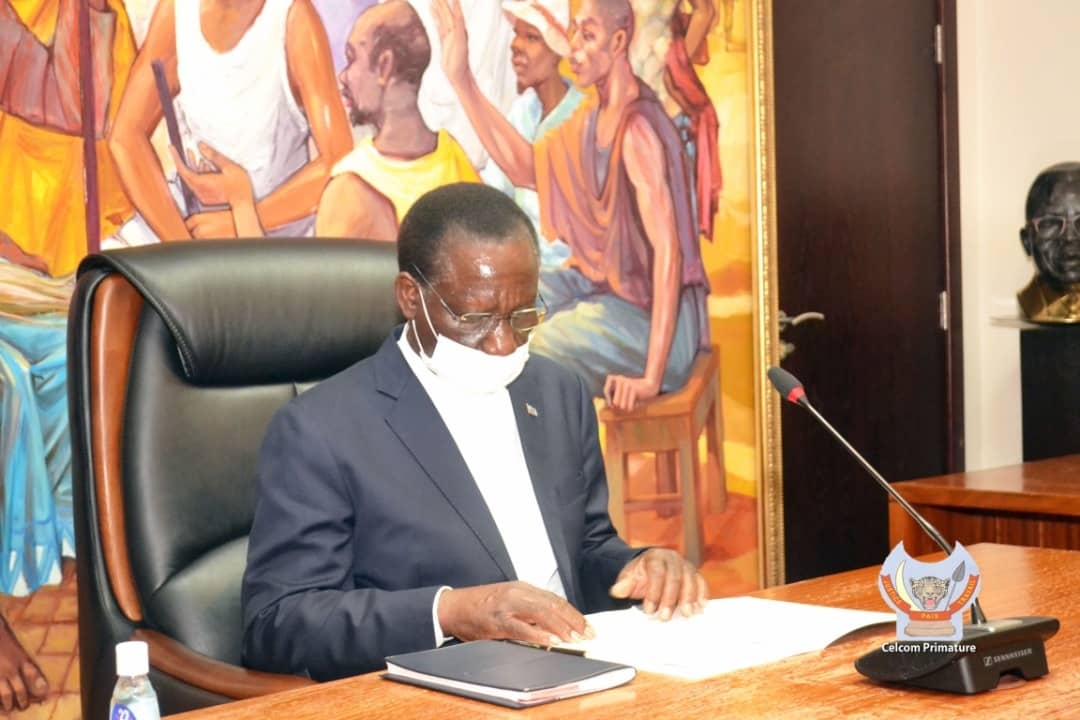 Immediately after receiving the check from the United Bank of Africa Bank to participate in the support funds for the response to the pandemic of COVID 19, the head of government had given it to the governor of the Central Bank of Congo for the opening of ‘a solidarity account for the response against the coronavirus. An account that is gradually starting to receive different forms of support.

This is a step in the face of the call launched by the Head of State, Félix Tshisekedi, for the national solidarity of all economic operators as well as other countries and organisations in favor of the National Solidarity Fund Against the Coronavirus (FNSCC ) which is open to all potential benefactors.

At this level, only two banks have been able to shake their coffers for the benefit of the fight against the covid-19 pandemic in the DRC. It is not nothing, but with regard to all those who work on Congolese territory, a collective effort call is strongly desired in this period of crisis.

All economic operators are also called to join the movement by contributions in food and cash, to reduce to ashes the annoying intruder that is the coronavirus in the Democratic Republic of Congo.

In the same spirit of collaboration, China remains on the side of the DRC in the fight against the COVID-19 pandemic. The Embassy of the People’s Republic of China in the DRC, Zhu Jing, received this Tuesday April 21 at the Prime Minister’s Office by the Prime Minister, Ilunga Ilunkamba, briefed his host on the progress of Sino-Chinese cooperation. Congolese in the response to coronavirus disease, which has already claimed thousands of lives worldwide.

Zhu Jing also announced the coming in Kinshasa of Chinese medical teams in the coming weeks, as part of the sharing of expertise between China and the Congolese government during this period of health crisis. The latter confirms that a Chinese donation consisting of health protection materials and treatment equipment will soon be sent to Kinshasa.

In the infrastructure component, China, which built the Lubumbashi referral hospital in Haut-Katanga province, has just signed letters of receipt with the Congolese government to officially transfer it. At present, said the Chinese diplomat, the DRC and China are working together to meet all the conditions so that this hospital is operational as soon as possible.

The Chinese embassy in the DRC, Zhu Jing, also described the management model of Prime Minister Ilunga Ilunkamba as admirable at this difficult time when several countries are suffering the perverse effects of COVID-19.