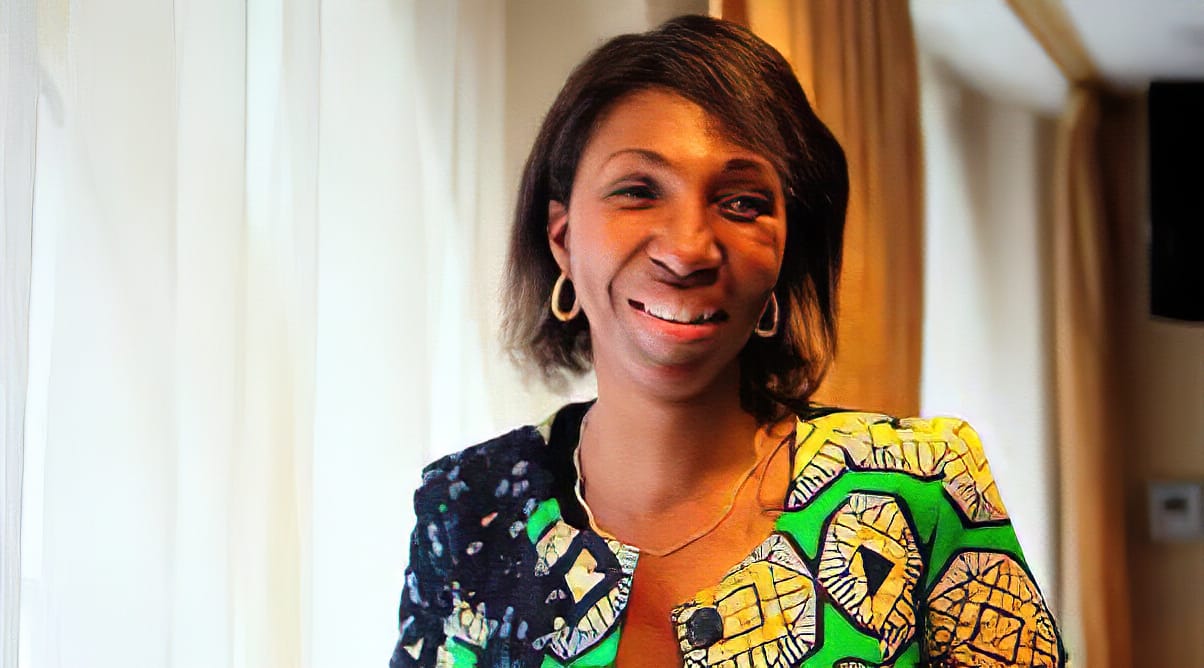 After being elected Senator on March 15 in the province of Haut-Katanga where she is from, Francine Muyumba decided to abandon her post of President of the Pan African Youth Union, which she has been running since November 2014. She comes out, however, through the front door after 5 years at the head of this organisation, to a year of the end of her term in which she played an important role as a voice for African Youth across the continent and the world. . The news was announced this Thursday, April 25 in Kinshasa, after an important meeting between the Minister in charge of Foreign Affairs and the executive committee of the UPJ, led by Ms. Muyumba herself. 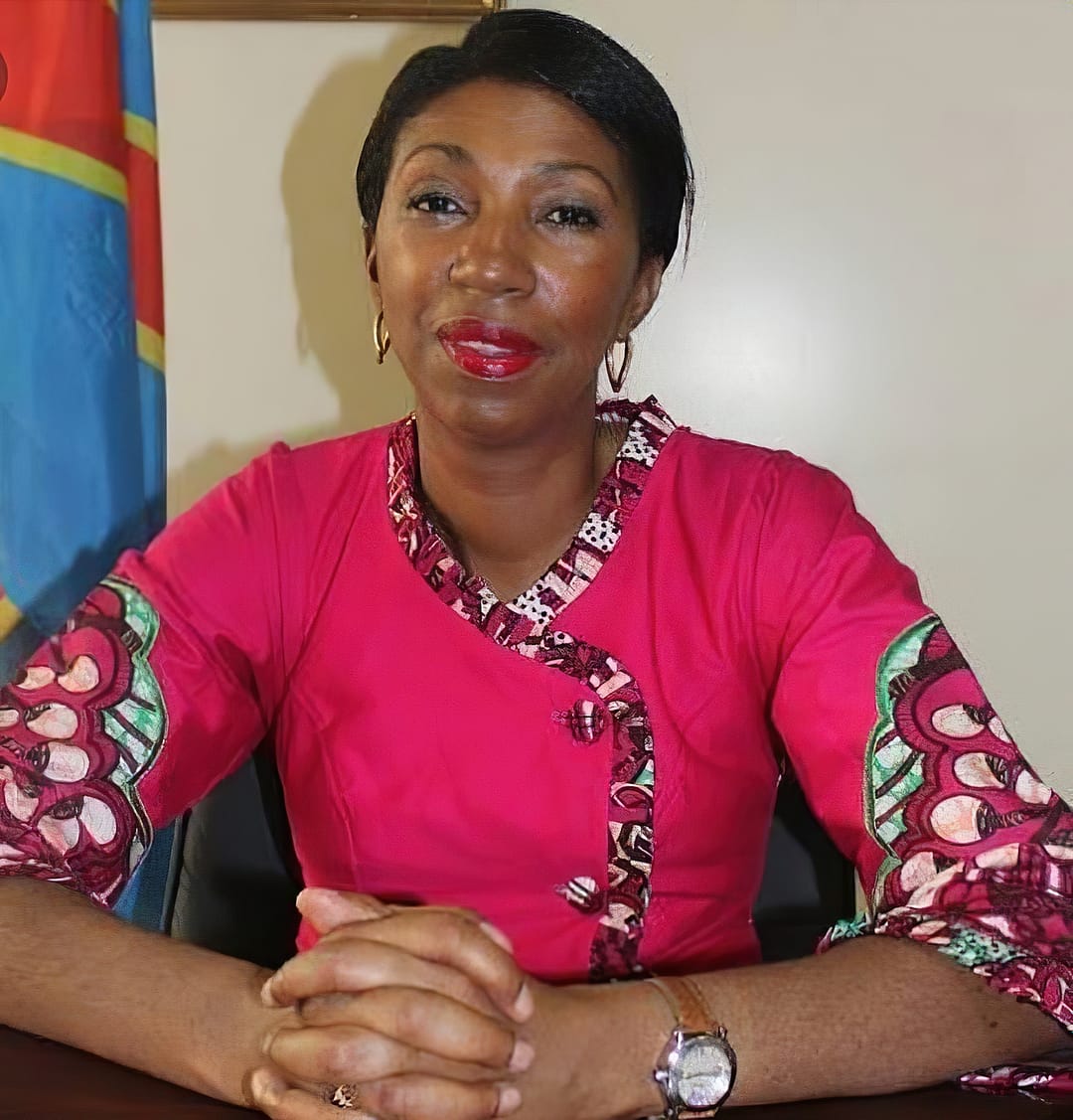 This resignation was thus confirmed and recorded by the head of the Congolese diplomacy ad interim, Alexis Thambwe Mwamba. As Article 32 of the Statute of the Pan-African Youth Union states, in case of definitive incapacity of the President, the Executive Committee will meet to elect the one who will ensure his interim until the holding of the ordinary or extraordinary congress, depending on the case. An interim that will not have to go beyond 12 months.

Yesterday, Francine Muyumba resigned in the presence of the executive committee and the head of diplomacy who directly supervise the international mandate of the DRC. She was elected at the head of this great organisation for the first time in November 2014, then for a second and last term in December 2017. At 32, she was one of the three youngest Senators of the Congolese Senate and best elected Highest Katanga.

After her election, she chose to serve her country and resigned from the representative body of all young Africans, a demographic group representing more than 65% of the African population.

During this farewell session, Francine Muyumba suggested that despite the many achievements that have marked her years at the helm of the UPJ, there are several that her successors will certainly complete.

To her credit, she helped mobilise the youth of the Great Lakes countries to participate in the culture of peace by initiating forums on peace and stability in the region. She has since become a real advocate for the rights of young people. This has allowed her to become the first woman to hold the position of President of the Pan-African Youth Union since its creation in 1962, representing all the youth of the African Union Member States.

During her tenure as President of the UPJ, Francine Muyumba strengthened the relations of this Organisation with the African Union Commission so that young Africans can participate in decision-making bodies and improve their living conditions in the context of creation. youth employment. It has had to facilitate inter-generational dialogues between young people and African leaders.

Her mandate includes, among other things, the perfect collaboration between her, through her institution, with the former president of the African Union Commission, Mrs. Nkosazana Dlamini-Zuma for the development of African youth. This, focusing on a major project to create an African Fund for Youth Development by the African Union whose adoption was a great success in July 2017.

In her mission, Francine Muyumba’s strategy included direct contact with world leaders. And as much as she did with the leaders, as was the case with the young people from whom she held her legitimacy. For, in this post, Muyumba is not appointed but elected directly from youth whose representatives at the level of the UPJ are the chairmen of the NYC.

On the political front, she participated in dialogues similar to the one held in 2017 at the African Union City in Kinshasa under the facilitation of Eden KODJO, former president of the Organisation of African Unity and former Togolese prime minister.

Muyumba, the youth in the blood

Born in 1987 in the city of Bukavu in South Kivu Province in the Democratic Republic of Congo (DRC), Francine Muyumba is a Congolese activist and politician. She holds a Bachelor’s degree in Law from the Protestant University in Congo (UPC) since 2018 and another Bachelor’s degree in Human Resources, Science and Technology Specialised in Media Studies “Journalism”, obtained in 2011 at the University of Namibia; institution in which she has been active in student government. In her last year, she was elected President of the Student Representation Council of this University, becoming the first woman and international student to hold this position.

While studying in the Namibian land bordering the Atlantic Ocean, Muyumba served as the country coordinator for the United Nations Association (UNAS).

After her studies and her mandate as UNAS Country Coordinator, she returned to the youth service of her country, the DRC, from 2012 to 2014. With a strong experience of youth activism around the world She is a regular speaker on youth issues in Africa and around the world, including United Nations General Assemblies.

In the DRC, she was also chairman of the board of directors of the National Federation of Young Entrepreneurs of Congo, national coordinator of the National Youth Forum and bilingual secretary of the DRC government peace talks with the M23 rebels in Kampala. , in Uganda.

During her tenure at the head of the UPJ, Francine MUYUMBA received full support from the DRC her country, especially former President Joseph Kabila, who had agreed to sponsor the 2014 Executive Committee at the current President Félix Antoine Tshisekedi; which made radiate the talent of Congolese Youth proved by the now senator on the roof of the African Youth.