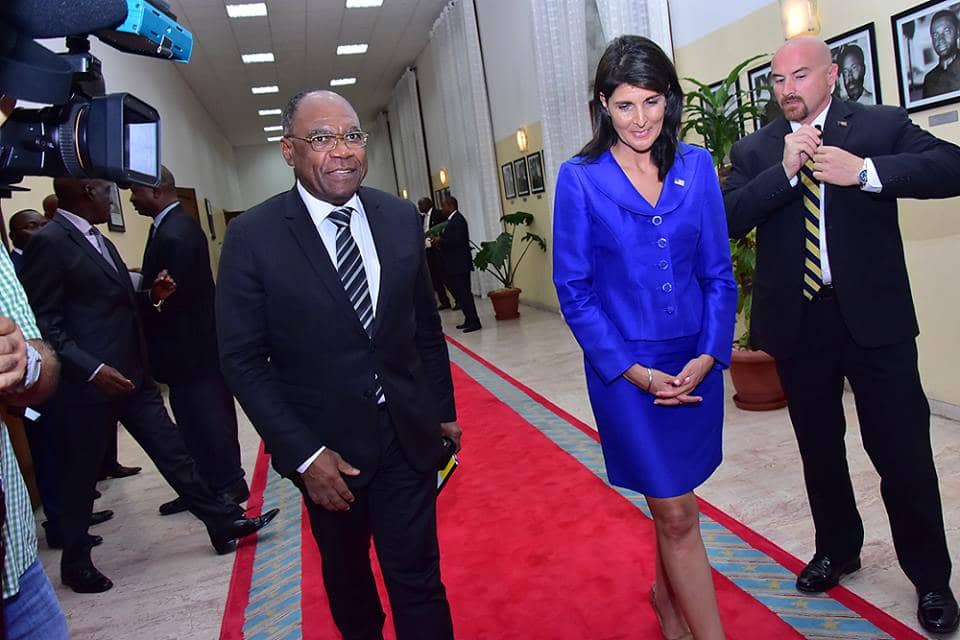 As all cases cease, the Congolese think Tank Centre calls on the United Nations, the African Union, the Institutions of the Republic and the Political Class to urgently implement its plan to end the crisis, the only one capable of providing a realistic solution-to the Congolese crisis. Thus, the Urgent need to reform the New Year’s Eve Agreement, The Congolese think Tank Centre protests in particular, against the current political stalemate and the confiscation of the future of the Congo by the bipolarization “Power and Opposition”, and invites the people to free themselves by participating massively in the “WHITE MARKET” that it will organise, on December 1st, on the whole extent of the DRC. Concretely, to avoid the apocalypse after December 31, 2017, the Congolese think Tank Centre proposes the following urgent actions: the political relaxation and the lifting of the international sanctions, the fast holding of the Inclusive Round Table under the aegis of the UN and the And, with their binding support, to re-frame the agreement of 31 December and relaunch a consensual political process, the rigorous treatment of the electoral question in particular, the financing and the timetable, the consensual and constitutional revitalisation of institutions with non-elected mandates and, finally, the priority to the Social and Security of the Congolese. 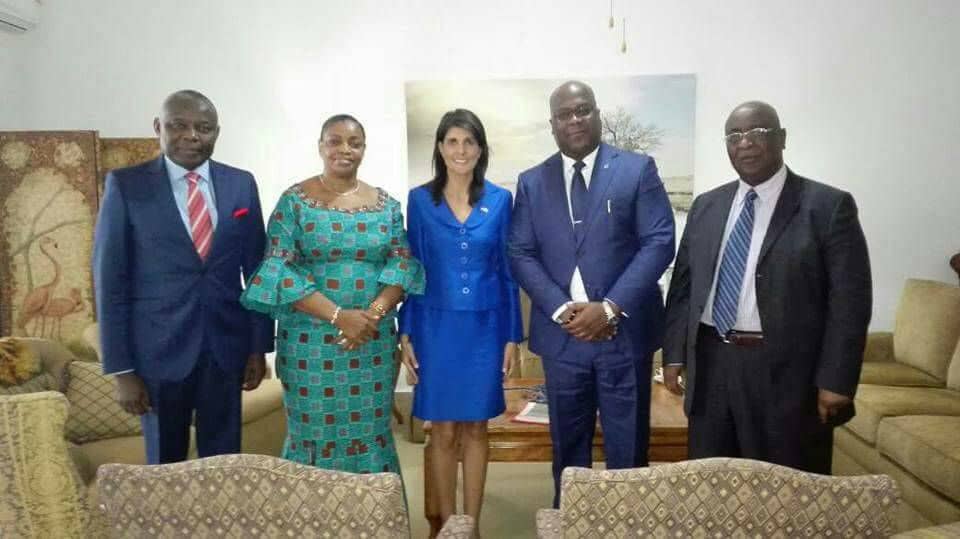 As a preliminary, with regard to the forthcoming publication of the electoral calendar, the Center thinks that this prerogative actually goes to the CENI, it is necessary to wait for its publication to have an indication, a kind of technical compass that it will belong, in any case , to the political class to validate through direct exchanges. Indeed, it is not the press releases, nor the acts of political overbidding that will allow the respect of any calendar but, a political validation by the acceptance of all the parts and the definition of a clear and credible mechanism of financing without which even this calendar announced for the end of this week and which, already, already raises controversy, can not be realised, declares Germain Kambinga, the President of the political and social forces of the Center.

Nikki Haley and after?

Nikki Haley’s visit has a double meaning. First, at the purely principled level, at the Center, we are surprised to see how much the Congolese political class had reduced their expectations to a so-called final solution that Ms. Nikki Haley was supposed to bring. forgetting, all the same, that the Congo is a sovereign and independent country. And therefore its future can not depend on the will of foreign countries.

There was, he said, an atmosphere of immaturity and, perhaps, an admission of weakness. Then, on the substance, ” we are still as a Center, comforted by the evidence of the relevance of our proposals. Because, to hear Nikki Haley, his country thinks like us that there are adjustments to be made to the Agreement of the Cenco and the need to see everyone get involved to hope to have elections in 2018. What corresponds for the most part from the point of view of the Center. However, we repeat, for three months, this evidence. But, we were called ” BELL ” when it was just a common sense proposition. Because, we repeat here, the best strategy for wasting time and delaying the electoral process is the adoption of fictitious extremist positions, “he says.

Elections 2018: the doubt of the Congolese Think Tank Centre

As for Nikki Haley’s delay, we note that this corresponds to an ideal view of a situation which is less so. The Center thinks that the credibility of any calendar proposal will, logically, depend on an essential parameter that nobody talks about, by the way.

This is, in fact, funding for the process. Because, for the leader of the Center, Germain Kambinga, ” without a credible scheme of financing elections with solidarity of the international community, elections can not be organised in the DRC within a reasonable time. Since with a gap of several hundred million US dollars and a rhythm of 70 million annual mobilisation in 2017 by the two governments led by the opposition, we see that the problem is not the one who will be Prime Minister or Minister because, the current government is mainly composed of opponents, in addition to being led by an opponent. So for us at the Center, there is a need to look at the issue of funding. Otherwise, we are not optimistic about the organisation of elections even in 2018, “he says.

The Congolese think Tank Centre: the wind in its sails

“The Center is a young Congolese political think Tank that has nevertheless succeeded, a national establishment in record time. But that does not give us the magisterial yet to impose our points of view. However, we continue to raise awareness and defend the need for an inclusive political round table that would put things back on track, putting both sides to their responsibilities, “he insists.

This round table will, according to the Center, be the best place to harmonize the different points of view that are on the table.

Be that as it may, in the absence of such an urgent round table and the determination of a credible funding scheme for the electoral process, ” we are at risk of making the bed for the postponement to come in 2018. The Center says stop ostrich politics and extremism without real strategy. The center will make its voice heard, once again, on December 1, 2017 with the organisation across the country of several so-called white marches to remind everyone of the need for a round table and the introduction of ‘a peaceful climate that will pave the way for credible, transparent, just and democratic elections’.

The Center followed, with dismay, the unfortunate events that shook the city of Goma this morning, between law enforcement and groups of claims, resulting in the deaths of civilians and elements of the security forces.

The Center offers its condolences to the families of the victims and calls for restraint for a peaceful climate, necessary for any lasting and effective solution.

Regarding the visit of Ms. NIKKI HALEY, Special Envoy of the President of the United States and Ambassador to the United Nations, the Center recalls that the solution to the Congolese crisis is in the hands of Congolese.

Our future does not depend on the will of foreign countries.

We must, therefore, assume responsibility and in the interest of the DRC.

To this end, the Center notes the growing convergence of the views of several personalities and structures, both national and international, with its plan to end the crisis, declined in 5 points:

Political decisiveness and lifting of international sanctions;
Inclusive Round Table, under the auspices of the UN and the AU, with their binding support, to reframe the Agreement of December 31 and revive a consensual political process;
Strict treatment of the electoral question in particular, funding and timing;
Consensual and constitutional revitalization of non-elective institutions;
Priority to the Social and the Security of the Congolese
As all cases cease, the Center calls on the United Nations, the African Union, the Institutions of the Republic and the Political Class to urgently implement its plan to end the crisis, the only one capable of providing a realistic solution. to the Congolese crisis.

Finally, the Center protests against the current political impasse and the confiscation of Congo’s future by the bipolarization “Power and Opposition”, and invites the people to free themselves by participating massively in the WHITE MARKET that the Center will be organizing the 1st of December in the whole of the DRC.