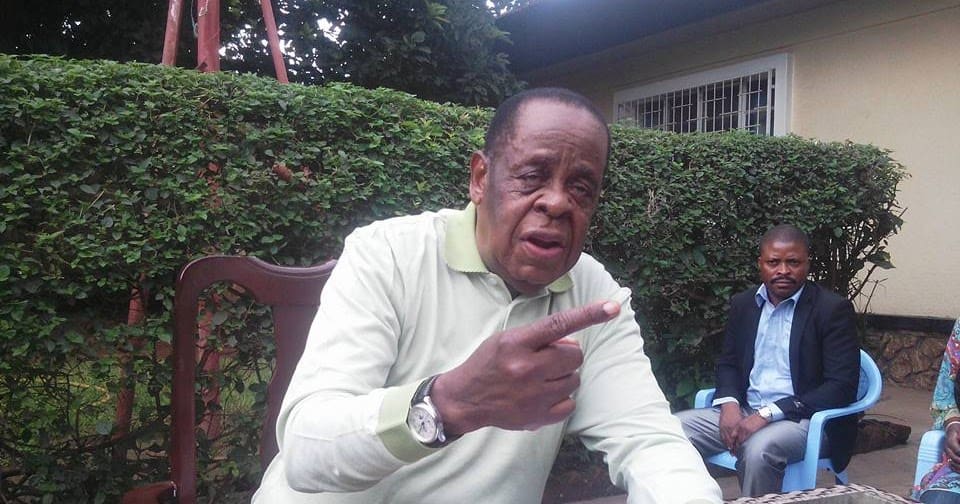 The Chairman of the G7, Charles Mwando Simba, who convened the press this weekend, chose his words to denounce the witch hunt aimed indiscriminately  at parties, local leaders and political grouping, he leads for almost a year. In this determination, the facts and evidence was, he designed every day to try to destabilize the preferred candidate G7 presidential 2016. Mwando, reserving Moses Katumbi the right of access to justice requires however, an independent investigation to make light of all charges against him. To go to peaceful elections, the G7 stressed the need for all political actors to work towards the emergence of a debate of ideas.

Between the G7 and the majority in power, the point of no return has been crossed. They no longer presents. A non-level playing field, the G7 uses now, to the press to publicize its concerns to the national and international opinion. Friday 29 April, the G7 has accused the power to be passed into higher gear after the failure of the attempted annihilation of the parties that make it up. Charles Mwando was referring to the resolution of the G7 parties. According to him, in fact, the agitation power is due to the fact that the G7 creates panic and confusion in the ranks of the Presidential Majority. In other words, the G7 believes in his chances of winning, provided that the presidential election be held within the constitutional deadline. All charges against Moses Katumbi are difficult to pass. “A candidate who is likely to win hands down a presidential election does not need to be at the center of a conspiracy to raise the population,” have we heard. In a statement, Charles Mwando, Chairman of the G7, comes here on most of the acts suffered that, in its view, do not contribute to calming the spirits.

Ladies and Gentlemen of the Press,

Once again, the G7 is forced to use your profession to make known to the national and international public its position on the political situation in the Democratic Republic of Congo.

This, in fact, getting worse every day advantage and calls more attention from all political and social actors to prevent our country yet another crisis that will only delay its development.

In this regard, as you may have observed, during the second half of April 2016, the campaign of demonization and destabilization that takes power against the leaders and the G-7 political parties took such intensity there is no doubt that our platform creates panic and confusion in the ranks of the presidential majority and the head of its moral authority.

Indeed, after the failure of the attempted annihilation of the G7 parties by creating duplicates in violation of the law, power shifted into high gear posing criminal, barbaric and immoral that no longer hide nor the intentions of President Kabila to remain in power at any cost, nor the authoritarianism of his regime.

Thus, in the day of 19 April 2016, the headquarters of the National Union of Federalists of Congo, UNAFEC, led by President Gabriel Kyungu wa Kumwanza, was ransacked in Kinshasa on the avenue of education. In the evening, the office of Lubumbashi, in turn, was attacked by the security forces of the elements in the common Kenya who totally vandalized. They destroyed the posters with the image of Moses Katumbi, candidate proposed by the G7 for the next presidential election.

Subsequently, UNAFEC the offices were sealed and several of its members arrested and convicted by an expeditious judicial proceedings, sentences ranging from 2 to 5 years of penal servitude. Word of justice, UNAFEC yet attacked, was ordered to pay a fine of 10 million Congolese francs.

In the same chapter of malicious destruction of seats G7 parties, the night of April 25 to 26, 2016, the seat of the UNADEF President Charles Mwando, in the municipality of Kenya in Lubumbashi, was set on fire, leading to major losses of movable property and miscellaneous equipment.

The MSR President Pierre Lumbi, meanwhile, has seen many of its seats in provinces suffer assault, disorderly damage and occupations at the instigation of the ANR, the National Police, local territorial authorities or even groups of offenders recruited to the cause (Bukavu and Tshikapa April 27, April 22, Mbandaka, Mbuji-Mayi on 14 April).

April 24, early in the morning to 5:00 in an assembly as rude as medieval, agents of the National Intelligence Agency (ANR), accompanied by elements of the Congolese National Police descended on the Hotel RIFT Lubumbashi, owned by Mr. Pierre Lumbi, National President of MSR. There they are delivered to a search sham after which they claimed to have found a briefcase containing five weapons in a room occupied yesterday by an individual, mysteriously disappeared before the dramatic descent of services ANR. Two children of President Pierre Lumbi and two colleagues were arrested and sent to the ANR office of much media attention.

In reality, all this staging had no other purpose than to credit the theory of a conspiracy to raise the population against the established authority.

Later in the day, during a peaceful march to the place of the meeting with the municipal authority of Kenya was already informed, the Honourable Moses Katumbi and the people who accompanied him massively, were the subject of physical attacks and were brutally dispersed by the forces of order.

It is on this occasion that four people around him were brutally manhandled and arrested. It is these four people, channeled, moreover, in Kinshasa by the provincial director of the ANR, we want to present opinion as mercenaries recruited to destabilize the institutions of the Republic.

In the process, the former Chief of Staff of Moses Katumbi, Professor Eight Mulongo will be charged and arrested on April 22 for war Weapons and attempt to break the seal seat UNAFEC. He is still detained in the prison of Kassapa to feed the thesis of a plot against the other national institutions.

In his eagerness to find reasons to deliver the G7 and its leaders as food to the opinion and justify repression against them, power is full of imagination and deploys a hype all directions. It strives to invent facts and misleading evidence to undermine the G7 and its candidate for the presidency of the Republic, Honourable Moses Katumbi.

In this regard subject to legal action it is up to Mr. Moses Katumbi only exercise against TV 50, the G7 requires an independent inquiry to establish the truth in both a serious and damaging charge that the criminal facts of which its leaders and parties suffered recently by the regime in the DRC.

The G7 takes witness to the Congolese people and the international community.

Thank you, ladies and gentlemen of the press, your presence at the seat of our platform and for your kind attention.