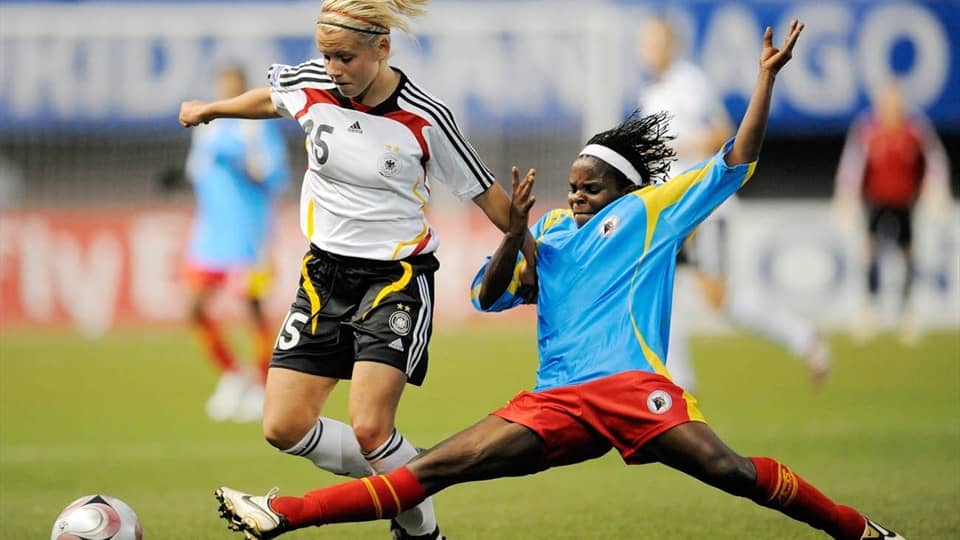 The Minister of Youth, Sports and Leisure, Denis Kambayi Cimbumbu communed yesterday, Tuesday, June 14, with the Fc Attack No Retreat (ASR) Kasai, who won Saturday, June 11, the 9th edition of the Cup Congo women’s football organized since May 29, at the stage Tata Raphael in Kinshasa. Girls Space Luba, overjoyed, presented at the Congolese sports boss, who is also the President of their Asbl, the “Grand Kasai Foundation” won the trophy after their wet shirt. 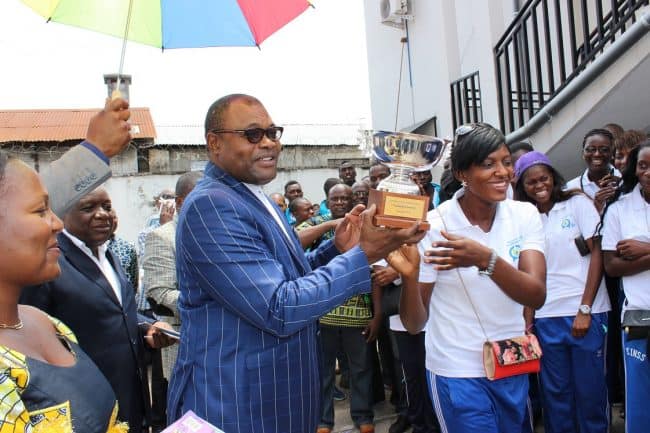 The Kambayi Minister encouraged them and invited more work to go as far as possible. Kambayi Cimbumbu has indeed congratulated the President of the National Women’s Football Committee (CNFF), Ms Lyly Tshimpumpu, who managed the organization of this latest edition, despite some logistical difficulties.

The champion team of the Congo was accompanied by the chairman, Faustin Fonsthi Tshimanga. No Decline attack Mbuji-Mayi was crowned Champion in the DRC by beating the defending champion, the Olympic Club of Lubumbashi (OCL) City (high-Katanga) by the score of 2 goals to 1.

The teams met for the third consecutive time in the final of this competition reserved for girls. In the semifinals, recoilless Attack beat House Pambu Kasai Oriental, while OCL City was right in the Bilenge training Kinshasa. In the opening game, Attack No Retreat beat Land Force Kinshasa on the narrow score of one goal to nil. The of Kinshasa had fallen into a widely contested match. The only goal of the meeting was the work of Mawanda in the 43rd minute.

Denis Kambayi, we must put women’s football in the DRC at its 2006 level in 2008, to return in 2006 and 2008, women’s football team to the DRC under 20 years, consisting mostly of a few girls Kinshasa teams participated brilliantly in two successive editions of the World Cup of specialty. It was a great pride in this generation Malembo Yvon, Mengi Nonda, Tuzolona, Mafuta for this quote those. But since then, women’s football has gained momentum. tribute Taurus

The 9th edition it should be noted, was attended by 9 teams instead of 12 clubs for lack of means of transport. They came from Kasai, Kongo Central and the City-Province of Kinshasa.