The results of the seismic survey conducted in the Virunga Park in eastern Democratic Republic of Congo, confirms the presence of oil in the basement of this nature reserve, the oldest in Africa, according to official sources in Kinshasa. 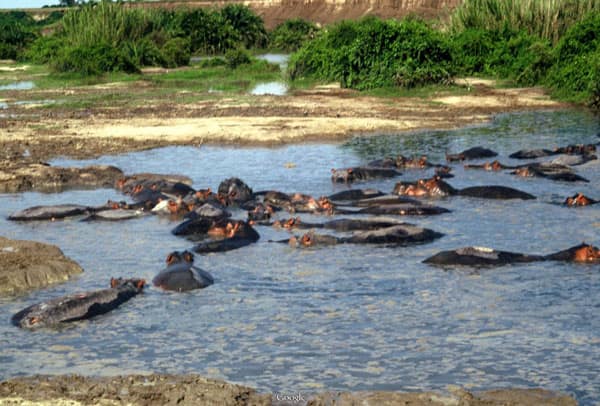 The British company Soco has “given […] the results of seismic analysis” and these are still being studied, but they are “positive” according to the Congolese Minister of Hydrocarbons, Aimé Ngoi Mukena .

To the question “Is there a field [oil]? “The results indicate that” yes “, the minister added, reached by telephone, without giving further details.

Located in North Kivu province, Virunga National Park is home to many threatened animal species, including the mountain gorilla, and offers a variety of exceptional landscapes. It is a World Heritage Site by Unesco (in the category “at risk” since the mid-1990s).

Since suspected the presence of oil in the basement of the park, Unesco has indicated repeatedly that the oil exploration and exploitation were “incompatible” with the regulations of the World Heritage Committee.

Following intense international and local mobilization, the DRC has suspended the licenses associated Soco but to a “study” designed to estimate the effects of any oil development on the environment.

Licensee on the “block V” prospecting area that encompasses most of the southern half of the park, conducted in 2014 Soco seismic tests in which drilling opponents saw a hidden oil exploration program.

Several Congolese and international NGOs accused the company of corruption and intimidation. Soco has refuted these allegations but they have pushed the Anglican Church this year to dispose of its entire stake of 1.6 million pounds (2.2 million euros) in the company’s capital when Even Soco announced it would no longer counted to be “involved in any way” in Block V.

According to Mr. Ngoi Mukena, Soco has asked the government to “withdraw from the block V”. Questioned , tyhe company spokesman said Soco no longer wished to talk about a case that concerns it most. Its website now indicates that Soco “no longer holds the license block V”, the group has not requested its renewal when it expired in late September.

Mr Ngoi Mukena did not indicate what the State intended to make of the license on the block. Some opponents of oil exploitation in the park are concerned that the government gives the license to another operator.

In the past, Kinshasa highlighted the need to exploit the oil that could be found in the Virunga the name of economic development of the DRC, the vast majority of the population languishes in poverty. Opponents argue that the drilling in a region beset by chronic violence, it would only fan the armed conflicts in North Kivu for over twenty years. They propose an alternative model of economic development for the people living around the park tourism, fisheries and hydropower.

“If the government tries to exploit this oil, for us it will be death,” said Bantu Lukambo, president of a local environmental protection NGOs, when contacted by telephone in Goma, capital of North -Kivu, “Is destroying Virunga the answer to eradicatintg poverty in the Congo?