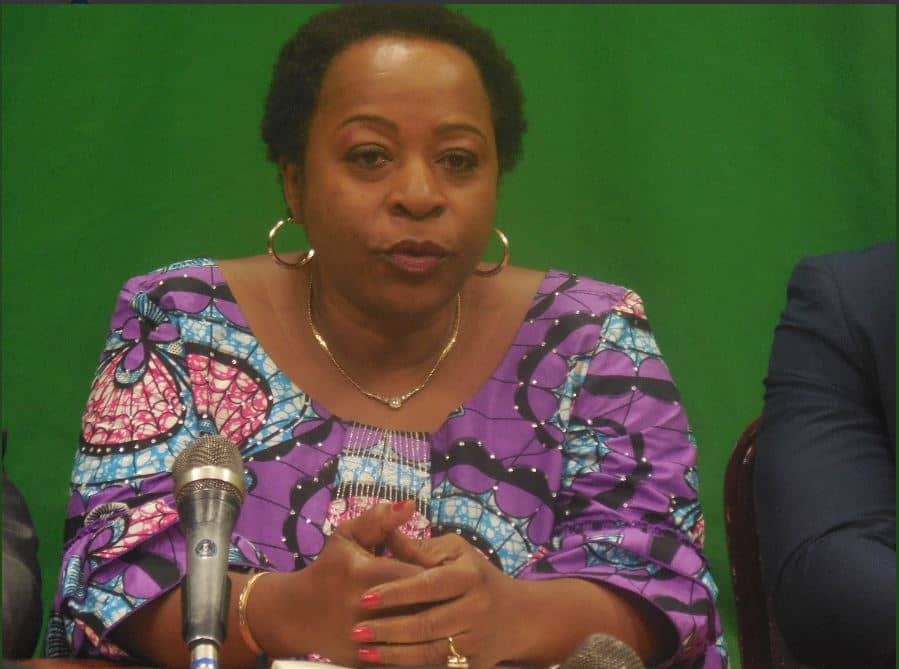 Between shouts of joy and popular songs, it is under the most lightning of entrances that Angèle Makombo, the presidential candidate was welcomed in the multipurpose room Atlantis where she was awaited by a walkabout like the Olympia of Paris. The atmosphere was unprecedented, supporters, they rejoiced simply to have found the reason for the ballot box at the rendezvous of December 23, 2018.

From far away, we could hear the League of Congolese Democrats (LIDEC) affiliates chanting: ” olinga olinga te, toko vote mom Angèle! ”, As if to say: ” whether you like it or not, we are going to vote for Mother Angèle! ” . 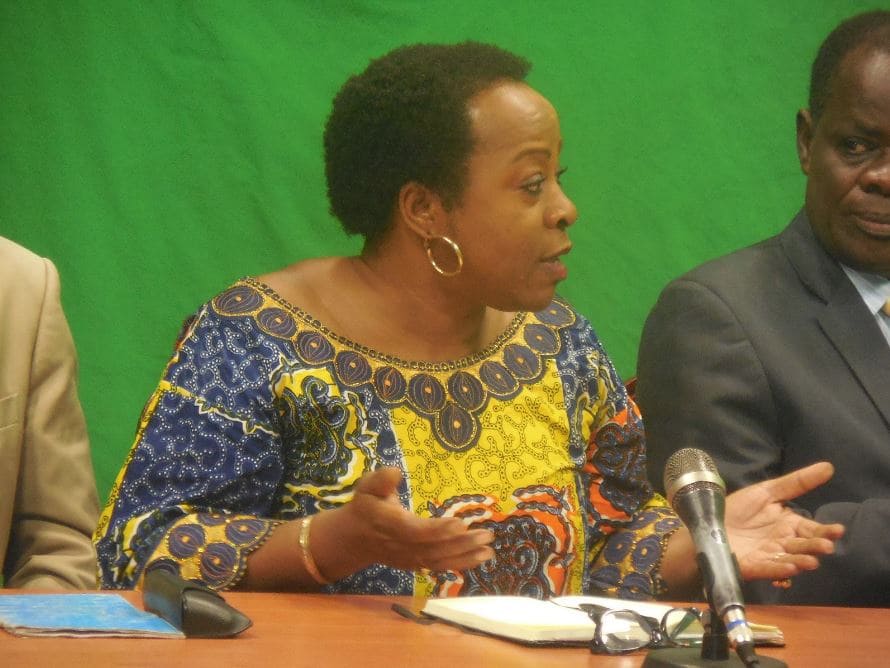 ” A competent woman for alternation and good governance in the DRC ”. It is with this slogan that this wonderful woman works to conquer the power through the urns and peaceful. Determined for this new fight, it is neither for tourism, nor for demagoguery, still less, for sordid interests that this important member of the social economic council in DR Congo intends to extract, democratically of course, the supreme magistracy from the hands of those who have not been, until then, in the arcane of the management of Res Publica and of which it is convinced that they do not were only to put underground, the little that remained of Simon Kimbangu’s country.

“I’m not here to demagoguery by promising the moon. We will manage this country fairly, reduce extreme poverty and practice good governance, “she said, in addition.

She believes, however, that after 58 years since the independence from the colonial and genocidal rein of King Leopold II, the Democratic Republic of Congo continues to move backward … ” We can not change off direction, as long as we do not change leadership ”, she declared in front of nearly 1000 people, that came to listen to the alarming sound nourished from a beautiful promising hope of a lady who, for several members of her political family , its worth a sacrifice. The message is, therefore, clear for Angèle Makombo: That, Enough is enough ! This time, it has to change …

But … why is that enough?

Angèle Makombo has blackened the current general situation of DR Congo which lives the most serious and atrocious multiform crises. With all the immense natural resources of the second largest country in Africa, with the ever-growing number of the unemployed labour force, a neglected social, the absence of the rule of law, a failing economy having more than the mining sector as the source of its main recipes, the sensitive regression of youth, the energy totally unlearned, … it simply says that ” that’s enough ”.

“We have a ridiculous budget and we lose billions every year. I am shocked, shocked by the lack of political will to promote gender equality and the middle class, “said the defender of women’s rights convinced that” we can change where we go if we change who leads us ” .

However, in DR Congo, a country in which most Congolese citizen aren’t self-sufficient, with less than 2 US dollars per day-Angèle Makombo is very committed. Apart from the struggle she has already waged in the name of women, for several years and for which she has devoted much of her life, Angèle Makombo, the President of the Congolese League of Democrats intends to make education sectors, health and infrastructure, one of her fundamental issues.

Here, she is also counting on free and democratic elections as well as on the strict respect of the New Year’s Eve Agreement and the Constitution. She insists, in particular, on the fact that the Head of State has largely exceeded his two terms, and that there is no question, for him, to try to run for another third-term. Without wanting to backtrack, she believes that “we must go for elections, that the people and especially, the youth make the right choice for good governance that will lead them to development, full employment.” That’s all she thinks, in her faith in the future of her country.

The seductive armchair of the Palais de la Nation will be for her, the means and the opportunity to restore peace and security across the country, access to water and electricity, basic health care, invest in education and youth and fight against sexual violence against women, impunity, …etc.

While relying, of-course, on the development of agriculture, she finally puts the accent on SMEs and the middle class, gender equality, the reform of the tax system and, above all, the protection of the economy. environment, by strengthening partnerships to combat global warming.

She believes in it and urges everyone to do the same. Without wanting to get lost, blindly, in alliances that are as hybrid as abyssal, where there will be dissensions or cracks at the time of the alignment of the candidates, it is part of the “Citizen Exodus ” platform, composed mainly of women and young people.