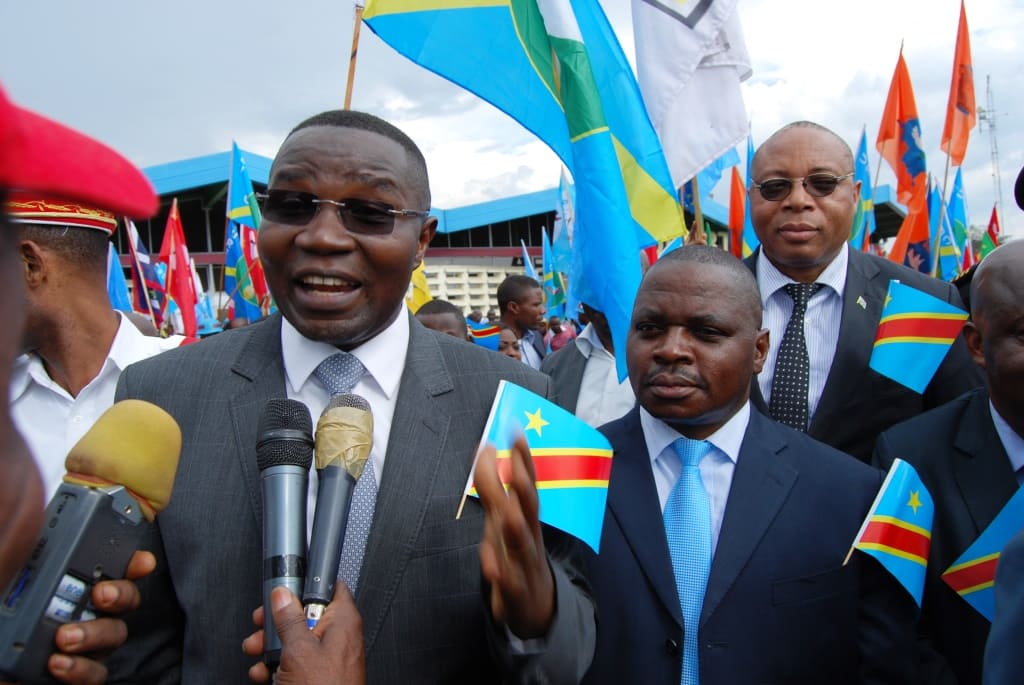 In this analysis we publish, without comment from us, it matter that by encouraging all Congolese to improve productivity both at national and local level, such a platform has the potential infrastructure accelerate the spatial development process, balanced and self-sustained with huge knock-on effects on other sectors of national life (Commerce, Services, Education, …). initiate transformation projects of the Congolese economy, the only prerequisite for a sustainable and structural correlation between growth and improvement of living conditions of the population. 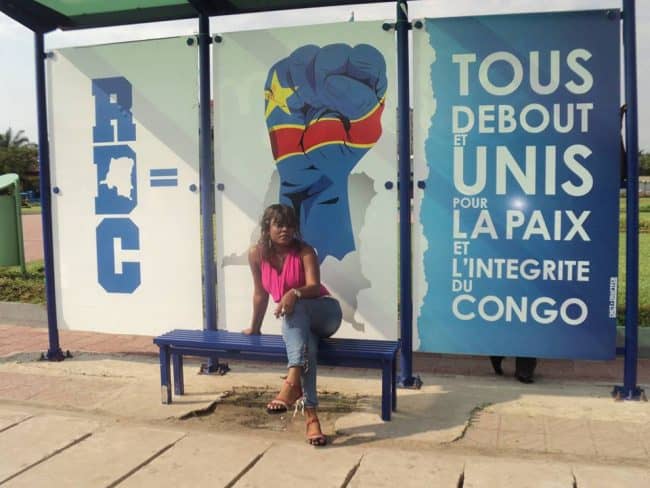 The relationship between growth and poverty

The relationship between economic growth and poverty is a widely debated topic on which experts and politicians have different opinions. Undoubtedly, the empirical evidence shows that the most developed countries are those with the highest GDP per capita. From there, the perception that there is a strong correlation between the level of GDP per capita and poverty rates. However, GDP per capita as an indicator does not tell the whole story.

Indeed, GDP per capita is calculated by dividing GDP by population. The measure says nothing either about the way income is distributed or how they are used. GDP growth per capita can be the result of increased income groups of the richest people in the community, while the incomes of the poorest people remain unchanged. Growth can also be the result of expenses incurred for the rich without consideration for the needs of the poor.

GDP growth will thus not necessarily accompany the reduction of poverty and social development and inclusive economic. In fact, the empirical evidence of the relationship between development and poverty remains the subject of debate. We must also add the controversy about the mechanisms by which economic growth can reduce poverty.

True, many will agree that for an intensive growth translates into poverty reduction, it must come from the most “productive” sector, as the sector the “less productive” needs a intensive productivity growth to induce a significant decrease in the poverty index.

It follows that the effect of growth on poverty depends on the growth profile (its potential for job creation and productivity of pulse), the sectoral location of the poor, and the degree of mobility between sectors.

Admittedly, the ultimate goal of growth is the substantial improvement of living conditions of the majority of the population by improving their access to basic goods such as housing, food, health, education and clothing. This improvement is to be induced by the increase in household income, state and businesses as a result of the increase in global production, so growth.

This triangular relationship, that all desire, between the actual increase in overall production (growth), increasing incomes of economic agents and the improved living conditions of the population, unfortunately, is not automatic and requires achieving two fundamental correlations:

Growth does necessarily increases the incomes of economic agents? i) Households: apart from the state transfers to households and businesses, the effect of growth on household income is only possible when the (s) area (s) responsible for the growing use (s) a significant proportion of households; particularly those with low incomes.
Indeed, the lower the starting income, the greater the effect of the growth driven by a pro-poor sector; ii) State: requires that tax and non-tax state increased by the fact of growth. This assumes that the tax system in place is able to identify and collect what is owed to the state, but above all there is no “seeps” in the system; iii) Companies: the return on capital invested at a level such that companies are making distributable profits.

It follows that it is entirely possible to observe growth without observing the increase of income from any economic agent.

The increase in income she necessarily improve social conditions? The fact that growth has induced rising incomes (which may not happen) does not necessarily mean that the social conditions of the population will improve. Indeed, the income allocation is the result of a personal decision of the economic agent according to what it considers to be optimal given the conditions involved.

For example, there is very little incentive for a company to invest in the social sectors considered public property for which it is difficult to exclude those who did not invest. Here we enter what economists call “the tragedy of the common thing” everyone wants to enjoy it, but nobody wants to invest. It is the same household may decide to allocate the surplus of income induced by growth elsewhere in the social sectors. Hence the importance of the behavior of the state, guarantor of the collective well-being, to “force” or “encourage” other agents to participate in the increase in both the supply and demand for goods social. Such voluntary behavior of the state is possible only in a context of good governance. From this perspective, good governance ceases to be a chore imposed from outside.

Indeed, for the moment, the growth in the DRC is driven by the mining sector is not highly labor-intensive; so can not directly induce a substantial increase in household income. Therefore, only companies (owners of capital) and the State (if the tax system is efficient) are able to increase their income as a result of the increase in mine production.

However, since most of the mining companies operating in the DRC foreign capital, it is clear that their incomes are not necessarily repaid in DRC. This reduces all the effects of this growth on the domestic revenues of the country.

It goes without saying that only the Congolese government, with a small portion of the generated income growth, is able (subject to good governance) to pro-actively induce a correlation between growth and improved conditions social population. In fact, it is almost a miracle that the Congolese state is able to initiate major projects in the sectors of health, education, agriculture, infrastructure, etc.

In reality, the Congolese miracle is that, to establish the link between growth and improvement of living conditions of the population, the government should pro actively and simultaneously:

i) improve its ability to mobilize revenues, particularly in the mining sector;

ii) improve the quality of public spending, including by increasing the supply of social services such as education and health;

iii) initiate transformation projects of the Congolese economy, the only prerequisite for a sustainable and structural correlation between growth and improvement of living conditions of the population.

In the social field, the quality of economic growth and the impact of reforms are not yet sufficient to enable a significant reduction in poverty, but the Government’s efforts in this field are relentless and sustained. Indeed, a series of large-scale projects are underway, particularly in the health sector and education. Efforts in these areas are aimed at improving the quality of medical services and education, to make them accessible and to clean up the rural living environment:

Rehabilitation equipment and supply of essential medicines and specific inputs from 66 referral hospitals and 330 health centers.
Construction and rehabilitation of 1,000 new schools from May 2013 to May 2014.
Pursuit of free basic education. To frame this measure, the Government allocates operating expenses to all primary schools and managers offices are services responsible for managing the daily school. A mid-term evaluation of the extent of free reports that more than one million school-age children have found their way to school and there is a marked improvement of the parity rate between girls and boys.

The government’s efforts in social sectors have achieved significant results in relation to the following objectives:

Promote gender equality and empower women. The increase in the school admission rate in the country between 2010 and 2012 is almost equally distributed between boys and girls with 15% and 16%. At primary level, the girl / boy ratio in Kinshasa reached 1.01, thus exceeding the target of 1.0.

Combat HIV / AIDS, malaria and other diseases. The prevalence of HIV / AIDS has increased from 5% in 1990 to 1.2% in 2012 for the whole country. The spread is halted almost all categories of the population and the trend has reversed since 2010.

We must recognize that the fragility of the results achieved so far due to the fact that the current growth comes mainly from the mining sector and services (banks, telecommunications, etc.) that use a small proportion of the Congolese population, thus limiting the potential effects training in income. This situation forces the government to establish transfer mechanisms to get to redistribute the effects of growth.

In the long term, without a substantial increase in household income through employment, these transfer mechanisms become completely inefficient and costly. Hence the need to anchor the economy in a sector with high potential in terms of direct training effects not only on households but also on other sectors of the national economy. The development of agro-industrial parks across the country and the launch soon of Integrated Development Centers (CDIs) in each territory of the country, to this objective.

Finally, in order to trigger the structural transformation of the Congolese economy, the Government has initiated a coherent program and integrator as a platform supporting business infrastructure to quickly lift the constraints mainly on offer. The investments to be made in the framework of this program, are those related to identified priority sites to boost competitiveness in the productive sectors.

Indeed, the development of infrastructure and its docking to production areas (agriculture, mining, tourism, etc.) across the entire country should be a trigger for the emergence of the DRC by reducing the cost of production and improving the quality of goods and services.

By encouraging all Congolese to improving both national and local productivity, such an infrastructure platform has the potential to accelerate the spatial development process, balanced and self-sustained with huge effects training on other sectors of national life (Commerce, Services, Education, …); which leads to the diversification of the economy, and thus to strengthen its resilience and competitiveness to ensure a significant and lasting improvement in the living conditions of the population.