The former governor of Katanga province, Moïse Katumbi Chapwe, affirmed his willingness to work for his country, the Democratic Republic of Congo, but without being in the next government. He will not work “especially not in the current government,” he said during a press briefing on Wednesday, May 22, 2019 in his private residence in Lubumbashi. The coordinator of the Lamuka coalition is fully engaged in what he calls the Republican opposition to push Felix Tshisekedi and his followers to do better. For him, the most important remains the well-being of the Congolese population.

Several languages ​​have speculated, before the return of the Chairman on May 20, that there is a probable rapprochement with the new regime for one reason or another. Faced with this, he reaffirms his membership in the Congolese opposition. But a opposition of course, republican. “Moses Katumbi is in a coalition that is fighting for a Republican opposition. We will no longer accept corruption in our country. We must fight the trading of influence. I pledge to respect the charter of the political platform Lamuka, I confirm that all my actions are in keeping with this charter, “he said.

Today more than yesterday, he is convinced that it is possible to help and serve his country without being in the government. For the moment, he articulates confidently, I will observe what happens. It also takes into account the fact that the party in power, the UDPS, has long campaigned to be there right now. “The real UDPS activists who fought must occupy positions. They fought for change in the country. I see very little how Moses Katumbi will seek to occupy a government position, “he said.

Anchored in his own logic certainly tied to the white hair that swarms on his head, the president of Ensemble for Change will appreciate what will be done well and condemn what will not be good too. “All we are going to do,” says Moïse Katumbi, “is to push the government to do better, a way of writing our own story.

In a few days, Moses Katumbi will begin his safari throughout the Republic as promised. He will necessarily be on the same ground as former president Joseph Kabila, his ally of the past. In this connection, however, he admits to having no teeth against the latter with whom the current does not pass since their political divorce. “I do not seek revenge. I am a Christian and I am sincere … I came for Peace. If I hate someone, will God listen to my prayers? I am not Christ but I am one of his sons, “he said.

This may not be the case for Mr. Kabila who prevented his return to the country so that he does not participate in the elections of December 2018. Mission accomplished? Anyway, ” I do not hate Kabila, ” he explains. Although he worked with him, ” I explained why I left him. We were six governors who wanted to resign. On D-Day, there are some who have turned off their phones ”. 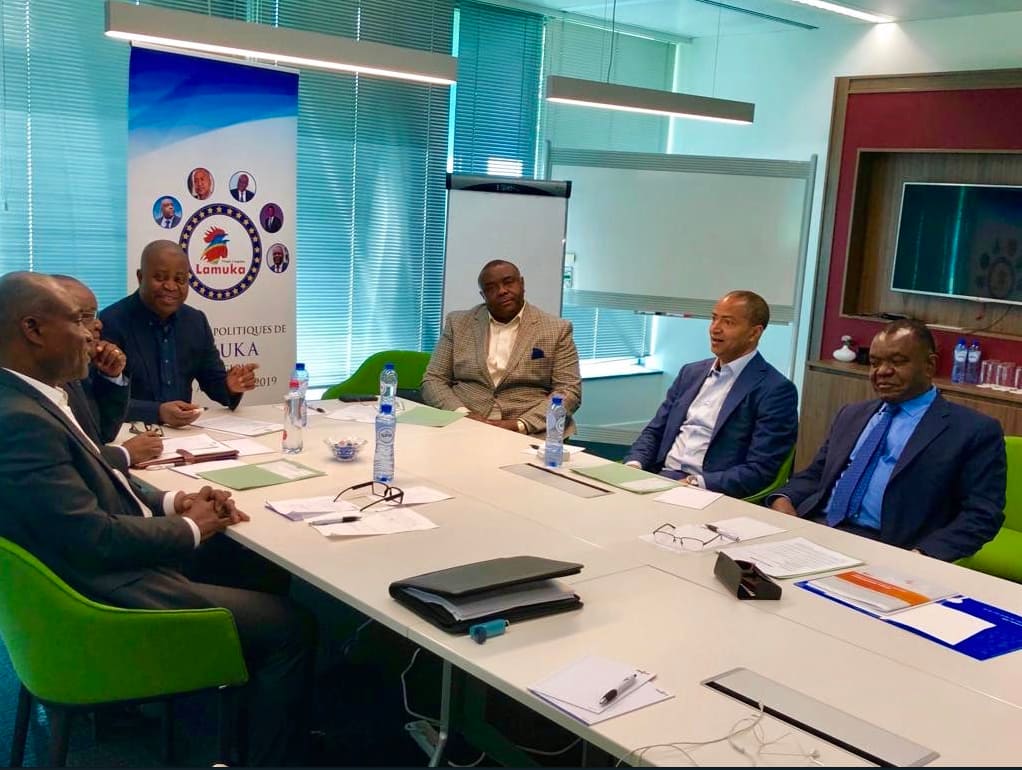 He goes further by raising the fact that his ally Lamuka, Martin Fayulu and his partner of yesteryear, Felix Tshisekedi are brothers. Since the withdrawal of its signature from the Geneva Accord, the climate had already become deleterious between the two political leaders. After Felix Tshisekedi was elected Head of State, the divorce was consummated. After the investiture of the latter to the supreme magistracy, the President of Ecidé began the battle of the truth of the polls he leads until today, more and more alone. For Moses Katumbi, “we will work so that they can be together, not in the government but we will all be together”.

Explaining the case of the passport of his adviser Salomon Kalonda, the president of Together for Change is summed up by saying that “any Congolese is entitled to his passport. The situation around the file is changing, the problem will be solved so that he can return to the country. And with regard to the mighty Mazembe football club, he directs like a master, Moses Katumbi thinks he will continue to direct it. “I tried to think, but I think I’m still there, besides, I have to go to the stadium to start the start of the renewal of the artificial turf,” he warned.

However, accused of mismanagement of the former province of Katanga, particularly in the Lualaba, Katumbi said he built the largest bridge in the Congo without government support. But, it also counts with the creation of a customs service at the border of Dilolo. That’s not all. He banned illegal logging in Kolwezi and lit up the first village in Congo at Kasanji.