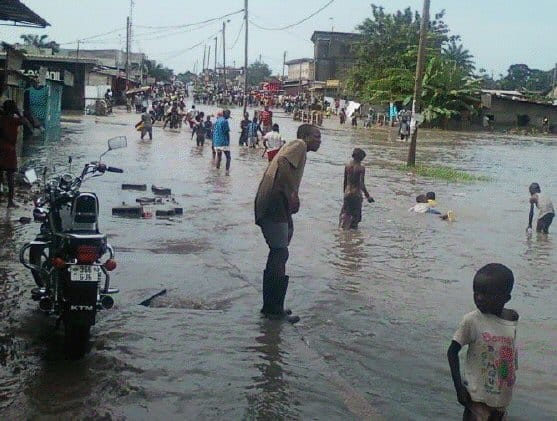 After the rain, the weather is nice it is said, but Kinsevere, a village 30 km from the city of Lubumbashi in Katanga province of the former, the rain did enormous damage destroying 102 houses as a result of a torrential rain that fell on the night of November 2 to 3 in this part of the town. 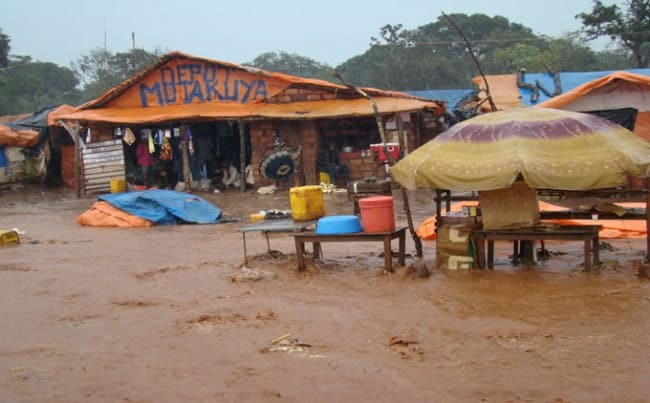 In addition to the registered property damage,  ten people were seriously injured. Faced with this natural disaster, victims families call for political and administrative authorities of the former Katanga province that provides financial and material assistance. Indeed, the former Katanga province suffered disaster after torrential rains that plague the province, including that of Tuesday, October 21, 2014. Twenty houses collapsed as a result of the torrential rain in places of Ngolo and Kahwebo in Kongolo territory (Katanga).

The torrential rain also destroyed a primary school, thus preventing 250 students attend classes. As a reminder in May 2013, another rain had destroyed a section of the roof and part of the wall of the building that hosts the secondary parquet Kongolo. Ten judges committed to this prosecution had been forced to work in harsh conditions. They were confined in cramped premises part of the building still standing. Monday 20 October, in the city of Kolwezi, located 343 km west of Lubumbashi (Katanga), ten people died following torrential rain that hit the victims were ville.Ces identified in the Kasulo neighborhood residents have turned into artisanal mining career.

According to the head of this district, three artisanal miners died buried in a copper extraction wells and their bodies are being kept in the morgue of the hospital Mwangezi. The same source claims that four other people were killed by lightning in three different locations. Two of them struck by lightning in their home. Other affected by lightning under trees located at different places. Two others who were returning from a wedding party were swept away by the waters of the river that had overflowed Dilala. Another dead body was picked up after the rain Kabila neighborhood in the outskirts of the city of Kolwezi. This report brings to 13 the number of people died because of rain in a week in this part of Katanga. Given the scale of the damage, the victims continue to wait for the help of political and administrative authorities.