Raphaël Yanyi Ovungu, the judge presiding over the chamber of the Tribunal de Grande Instance de Kinshasa / Gombe, in the case known as the embezzlement of funds from the 100-day program, died the night of Tuesday 26 May to Wednesday 27 May 2020, at Nganda Hospital , following a heart attack. Practically unknown to the general public, this judge quickly attracted the admiration of the Congolese people for his thoroughness, his impartiality and the manner of managing the debates during the first two 100-day trial hearings. In Bandal, where he lived with his family, tears are flowing in the face of the death of a real lawyer. But many see this tragedy as a dark hand to definitively put aside those in whom those dissatisfied with the progress of the trial could see the shadow of fair justice.

Until then, the assassination hypothesis does not want to be raised by the few security authorities who have spoken. However, the family of the famous deceased judge, has requested an autopsy so that the causes of death are clearly clarified. 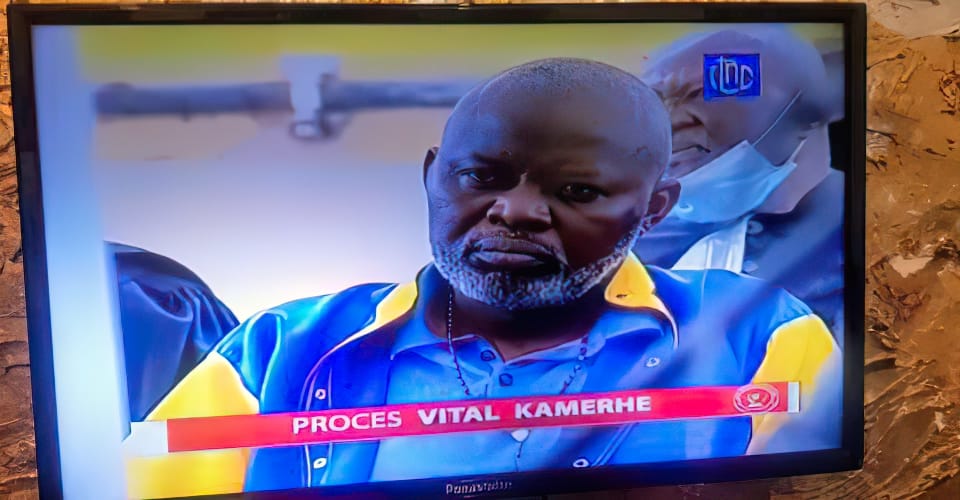 According to Colonel Miguel Bagaya, in charge of operations for the Congolese National Police (PNC), around 2 a.m. (Wednesday), Raphaël Yanyi became ill and was taken to the Nganda hospital center. He died from a heart attack. ‘’ There were a few scuffles near his residence. Young people from the neighborhood tried to cause disorder in the street. The police did intervene, “he said.

Barriers had been placed around his residence by the residents of Bandal Bisengo, before the police intervened and dispersed them with tear gas.

Finally, a few hours later, the police managed to disperse the population that invaded the residence of the President of the trial for 100 days in which Vital Kamerhe et al. Appeared. For many of them, this death is far from natural, especially since it was at the center of a serious affair, of a historic trial, around political issues.

The causes of  his death

The family and neighbors of judge Yanyi Ovungu, said he showed no alarming signs on the morning of Wednesday, May 27. Normally he took a few errands the day before, on his return to his home, he was already showing signs of weakness. It was around 9 p.m. that he was taken to the Nganda hospital where the death was recorded.

The deceased’s cousin, speaking on Top Congo radio, suggested that his uncle had a seizure at home. And by transporting him to the hospital, his wife had already noticed that his heart was no longer beating. However, contrary to what is said, he did not vomit blood, but he was spinning on the bed. ‘’ But, the color of his skin was darker than usual. He became all black. A few hours earlier, he ate. He went out as usual. He had no discomfort, ” he said.

What about the rest of the 100 day trial?

Experts on legal issues believe that the Kinshasa / Gombe High Court will appoint another judge to replace his colleague to decide the Vital Kamerhe et al. Case. In this case, the court is composed of three judges, the prosecution and the clerk.

Contacted by the media, Me Willy Wenga provided further details. Overall, the Tribunal will change the magistrates. The late judge Raphaël Yanyi will be replaced by another. Other judges will be appointed, “we call it a change in membership,” he said.

‘’ The trial will continue, except that before continuing they will reopen the proceedings by reading all the minutes of the 11th and 25th before continuing with the hearing of the witnesses. It must be recognized that with a new judge who arrives, two or three, they must also soak up the case ‘’, said Me Willy Wenga.

“A thousand judges, a thousand methods”

This expert affirms, moreover, that one should not think that the one who will replace judge Raphaël Yanyi will resemble him. ‘’ He had his philosophy, his personality, his ability to understand things, his ability to lead debates, he was among the best but there are still others who can do better ‘’, he adds.

Recently, many judges were appointed and they know each other according to their order of ordination. Which, according to Me Wenga, will bring out the next leaders of the trial. ‘’ But sometimes the first president of the Court of Appeal appoints another interim when the one who was to play the interim is unable to do so. Either he’s sickly, or he’s messy… ‘’.