At least Forty two people were arrested, including two foreign subjects following an operation organised by the Congolese National Police in collaboration with the Armed Forces of the Republic FARDC, the National Intelligence Agency and Directorate General of Migration DGM.

The operation was organised on the night of Thursday to Friday, January 24, 2020 on Buholo 5 and Funu avenues in the Mosala district in the commune of Kadutu, city of Bukavu (South Kivu).

According to the head of the department of public security within the provincial police station of the PNC in South Kivu, colonel Kiley Bikuta Emile, this closure was organized with the objective of putting out to harm the people who insecure the population and who sow terror and desolation in the city of Bukavu. 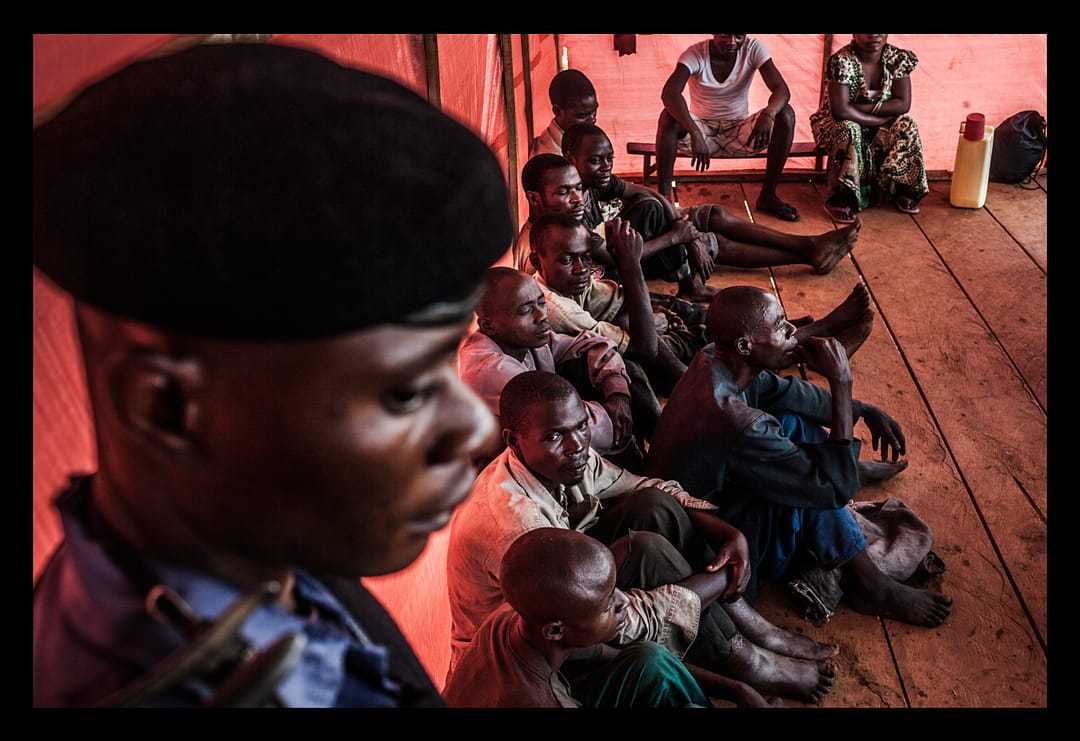 He indicates that this operation, which is carried out as part of the daily activities of the police, aims to improve security in different corners of the city of Bukavu.

Colonel Kiley Bikuta Emile adds that apart from these people arrested, marijuana, strong alcoholic drinks and other prohibited drinks were seized during this operation.

Regarding those arrested, the head of the public security department at PNC’s provincial police station said that they would be heard and those who were found innocent would be released.

Meanwhile,for more than a week, three cases of death of children have already been reported in Wamaza, on the border between the territory of Fizi in South Kivu and the province of Maniema.

Here, more than five thousand people spend the night under the stars at the mercy of bad weather, according to the president of the Mutual of Nationals of the province of Maniema, Albert Bushiri Matenge.

It reports that seven other cases of child deaths are reported in Kopakopa, an entity located between Salamabila and Wwamaza where seven thousand displaced people spend days without assistance.

“We have alarming images that show us how the populations are in disarray. Some flee to South Kivu and others to Wamaza and Kasongo. There are massive displacements and we are already recording deaths and cases of rape … the emergency is imperative … we want peace yes and the elimination of all these armed groups but any war always has humanitarian consequences. We ask the State and all its partners like MONUSCO, the International Committee of the Red Cross OCHA and many others who intervene in the support of vulnerable people to come to the aid of these people ”, he pleads .

It should be noted that this situation also affected the inhabitants living on the Karompo-Rudika axis in the Kasongo territory, about 460 kilometers from the Fizi territory. The latter also deserted their villages, concludes the president of Murema.