The sixth ordinary meeting of the DRC Monetary Policy Committee decided to keep unchanged the current mechanism of monetary policy. Especially since it was only on June 27 that the BCC has intervened for a third time with 50 million USD. In total 168 million USD have already been dumped on the market since the first half, to increase the currency supply. 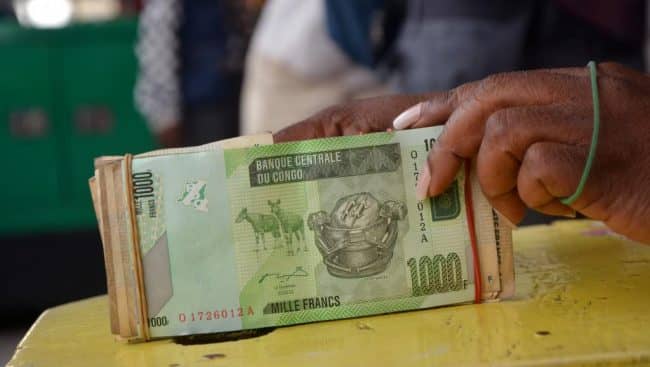 Faced with overheating in the foreign exchange market and that such action does not take place continuously, Déogratias Mutombo proposes fundamental changes in the orientation of the development policy. To do this, it is essential for the DRC to implement structural tools like the 28 measures taken by the Government. The idea here is to sustainably stabilize the economy and boost effectively the country’s economy, accelerating diversification by industry, infrastructure development and human capital. Optical likely to increase production, develop the internal market and reduce the independence in terms of necessities. Implying a stabilization strategy and boost local production, with the goal, achieve import substitution in basic food production.

According to him, agriculture can boost the structural transformation, and contribute significantly to the Gross Domestic Product (GDP). To achieve this, the country needs to implement these measures taken by the Government. For it is necessary to increase tax revenues by fighting against tax fraud; removing exemptions without legal basis; revisiting the VAT reform; increase the tax base; reduce the rate of tax on Enjoys; computerize the services related to the collection of the tax.

Also, he is planning a food production as part of a program to the emergence of local entrepreneurship. Which program will be supported on devices of credible technical support, logistics, financial support of the public sector by the state. A change in the strategic orientation of development will lead to an economic model based on the commodities sector, namely agriculture, which must be related to upstream service activities that provide inputs, and downstream services activities that use its products.

The Monetary Policy Committee (MPC) held its sixth regular meeting this Thursday, July 14, 2016, under the chairmanship of Mr. Mutombo Déogratias Mwana Nyembo, Governor of the Central Bank of Congo.

This working session examined recent economic and financial conditions in the interior and exterior shots and the risk factors that may adversely affect the short-term outlook for price stability, before adopting clear direction of monetary policy and exchange rates.

From this analysis it emerged that:

The outlook for the revised global economy, published by the World Bank in June of months indicates a slowdown in the growth rate of the world economy to 2.4% from 2.9% initially projected. This trend is explained by several factors, namely: (i) slow growth in advanced economies and the sharp contraction in emerging economies, (ii) the persistence, more than expected, the low prices of raw materials (iii) the weakness of world trade and (IV) lower capital flows.

In this context, the international prices of major commodities, including those exported by the Congolese economy, have generally folded, now under pressure the prospects for stability and recovery of the national economy still highly extractive.

Indeed, the MPC noted a decline in the price of copper from 2.4% in May 2016. As for the price of oil and gold, they registered an increase of 4.7% and 1.0% one month from each other. In total, under the weight of these products, the medium-term trends in commodity prices does not argue for the national economy.

Estimates of economic growth, based on achievements to end production in March, expect a real GDP growth of 5.3% in 2016 against 6.9% in 2015. This slowdown in economic activity strongly correlated with developments in world commodity prices is confirmed by the gross balance of opinions of entrepreneurs who almost remains negative since the beginning of the year. In June 2016 it stood at – 0.2% a month earlier, this testifies also aggravated pessimism of entrepreneurs.

In the market for goods and services, it was noted a trend of accelerating inflation. Indeed, month on month, inflation rose from 0.13% to 0.49% between May and June 2016. In cumulative terms, inflation rose from 0.62 to 1.112% in late May to end June. However, year on year, inflation would be at 1.618% against 0.346% in the corresponding period of 2015 and a revised target of 4.2% in 2016 and observed pressure on prices of goods and services also reflects the effects currency depreciation on the foreign exchange market.

On the foreign exchange market, June was marked by an acceleration of the depreciation of the Congolese franc against the US dollar. Indeed, having depreciated by 0.6% and 0.8% in the interbank and parallel respectively between April and May 2016, the Congolese franc has entered a zone of turbulence, causing these markets to impairment 3.0% and 4.4% between May and June 2016. Thus, the exchange rate increased from 954.95 CDF / USD at 983.76 CDF in the indicative and 986.63 CDF to 1,032.00 CDF in parallel. To mitigate the loss of the national currency especially you break the speculation relating thereto, the Institute of Emission sold on the foreign exchange market in the amount of USD 50.0 million which had the merit of reducing the volatility of rates exchange.

Regarding exchange reserves at end of June, they are valued at USD 1,091 million, corresponding to 4.82 weeks of imports of goods and services on own resources, which should give the Institute the Issue margin necessary to further support the Congolese franc.

Regarding the monetary sector, the monetary base shrank by 1.0% compared to December 2015 following the sharp contraction in net External assets offset by an expansion of Interiors assets Nets led primarily by increased credit net to the state. In terms of the interbank market, it remained dynamic with operations that have settled to the weighted average rate of 1.7%.

Concerning the Good BCC, he punctured CDF 3 billion, placing his outstanding to 50.0 billion at end-June against 47 billion at end-December 2015. In terms of banking, it appeared that the borrowing rate commercial banks is set at 19.0% for transactions in local currency and 14.7% for those in foreign currency, while the deposit rate is felt to 3.3% in Congolese francs and 3.0% in foreign currency.

Given the results of the last action of the BCC, the Monetary Policy Committee decided to further observe the foreign exchange market developments and liquidity and to keep unchanged the current system of monetary policy.

Thus, the policy rate is kept at 2%, the coefficient of compulsory reserves are set at 10% and 9% for deposits with and term currencies respectively, 2% and 0% for deposits in national currency Demand and term. As for the regulation of liquidity, it will continue through the right BCC.

The Monetary Policy Committee also reaffirms the commitment of the Central Bank of the Congo to make every effort to ensure macroeconomic stability, a guarantee of any economic development. Furthermore, it encourages the Government to invest more in the implementation of 28 urgent measures that it is equipped for the stabilization and economic recovery as a result of falling commodity prices.