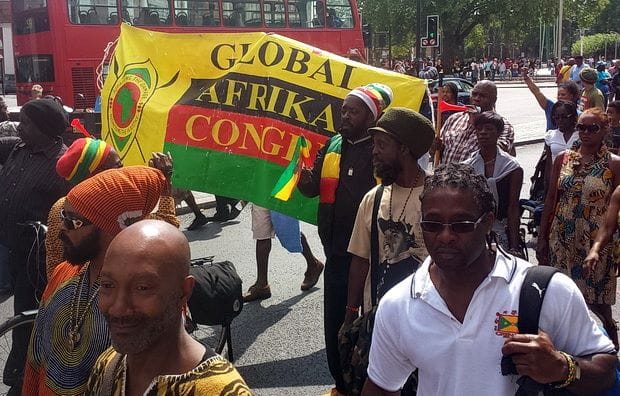 The Rastafari all over the world will be celebrating the Earthday/birthday of His Imperial Majesty (H.I.M), Emperor Haile Selassie I, King of Kings, Lord of Lords, Conquering Lion from the tribe of Judah. 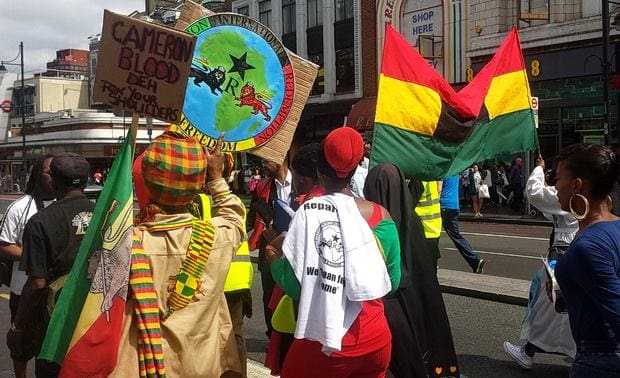 Levi Roots reflects on the enduring influence of Haile Selassie, in the week that marks the birth of the late Ethiopian Emperor

It was Jamaica’s greatest prophet and first national hero, Marcus Mosiah Garvey, who brought the news of the impending crowning to the Jamaican people in the late 1920s, with the immortal words: “Look to Africa where a black king shall be crowned. He shall be the redeemer.”

In 1930, Ras Tafari Makonnen, born on July 23rd 1892, was crowned Emperor of Ethiopia. The coronation was attended by representatives from 72 countries and the young Ras went on to inspire a nation.

Growing up in the UK, I often saw pictures of ‘white Jesus’ adorning the walls of houses occupied by black people. This image made me – and many fellow black people of my generation – very confused about religion. I suppose we wanted to find our very own black prophet – a redeemer.

One of my original teachers in the ways and the life of a Ras was a longtime bredrin and elder in the Church of Rastafari The 12 tribes. His name is Mr Lloyd Forbes AKA ‘Taylor Benji’, and he will be celebrating the Emperor’s Earthday, as per usual. I asked him how and when Rastafari came into his life.

“Well, my first encounter with the teachings of H.I.M came when I was a little yout’, about 10 years old in Kingston, Jamaica,” Benji recalled.

“I used to move around a lot of Rastaman and they used to show I & I wisdom and knowledge, that Selassie was God but I did not understand what they meant. A few years later, when I was about 12 or 13, they said that Selassie was coming to Jamaica in 1966.

“He was passing at the bottom of my road on North Street, so I went out there to see him.”

PROPHECY: Marcus Garvey predicted that a “black king” would be crowned in Africa

Laughing, Benji added: “It was the first time that I saw a Rastaman asking a policeman for a lighter to light him big spliff!”

I asked Benji if he managed to catch a glimpse of the Emperor.

“Yeah man,” he said. “Me stand up and watch him pass. Me just see this little man dressed in an army suit waving to the people. Later that night when I went to bed, I had a vision that he visited me at my window. I was very frightened, but when I woke up, I understood what the elders had been saying to me.

“Because of that vision, I started to locks up my head and follow the teachings of Rastafari. I was truly inspired by the vision.”

I then asked him if the teachings of H.I.M, which had inspired both of us to change our lives back then, is it still resonant with the youths of today.

“Yes,” Benji said without hesitation. “There is no other teaching like it on Earth and there is nothing that I learnt from him as a man, a King or an Emperor that I wouldn’t teach my children.”

As a way of marking the day, Benji said it is usually done with celebrations and gathering of Rastafari, giving thanks, reading the Bible and reasoning every year at the 12 Tribes in London, Jamaica, USA, Africa and the rest of the world. I certainly will be reading a chapter or two.

To all Rasses everywhere, have a joyful and irie celebration.

THE VICTIMS of the Transatlantic slave trade will be honored next month for the first time in London at a special memorial service in the capital’s Trafalgar Square.

The non-religious service, organised by Slavery Remembrance Ltd, will feature speakers and performers from the African diaspora including  Lara Lee and Breakin Convention founder BJonzi D.

It will be held on Sunday August 21 to coincide with International Slavery Remembrance Day, which falls on August 23.

“The memorial service couldn’t come at a more poignant time, where the importance of black lives is being discussed as never before,” Slavery Remembrance Ltd said. “The Black Lives Matter movement stands for all black lives including our ancestors who have been ignored, sidelined and overlooked for too long.

“Ignoring this part history is part of the problem we see today. You cannot tackle racism without tackling its roots; with the roots of racism towards black people emanating from the Transatlantic Slave Trade/African Holocaust, the significance of suitably remembering and honoring the victims of this atrocity becomes all the more pertinent.

“It is naive to expect that [more than] 400 years of indoctrination can be wiped out in less than half the time. It will take years of education and reconciliation, but this process cannot be started until the topic of the Transatlantic Slave Trade is properly acknowledged, addressed and openly discussed. Only then can we begin the long journey to eventually eradicating racism.

“We question why International Slavery Remembrance Day passes by largely unacknowledged in the UK whereas the complete opposite can be said of the Jewish Holocaust Memorial Day, which has a huge memorial service attended by royalty, politicians and other dignitaries and is all filmed by the BBC.”

Elsewhere in the country, in Liverpool, a libation ceremony commemorating and paying tribute to the enslaved will be held at the International Slavery Museum.

The libation will have British Sign Language interpretation, and will be followed by musical performances.

New Recruits of the Armed Forces of FARDC