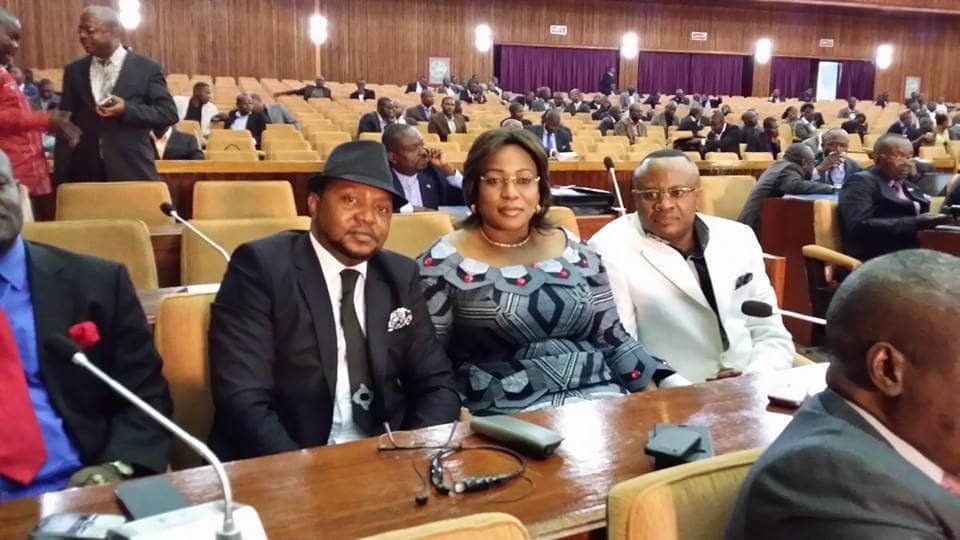 The Congolese Law makers, threaten to create a scandal if, after June 14, they are still not satisfied. They claim nothing but their rights. They are the National Deputies concerned by the thorny issue of exit benefits under Minaku management (Cfr Dossier Congo Motors). This is an ultimatum to the Speaker of the National Assembly, Aubin Minaku Ndjalandjoko. Indeed, in a missive addressed to him and a copy of which has reached your daily life, they raise, decidedly, the tone and expect a therapeutic response. “If we are not paid by June 14, 2018, expect a scandal you will never forget at the end of the March session of June 15, 2018,” shouted the authors of this correspondence .

Against the winds-and-tides, it is this June 15, 2018 that the two Houses of Parliament of the DR Congo will end the March session. After that, the national elected officials will no doubt have to worry about their political future. What is certain, suppose some, 2/3 of them will not be wrong to consider the race to the next elections which the call for candidacy will start this June 23rd. Thus, those who have not yet received their exit allowances castigate the lethargy of the Lebanese subject Asan Abdallah (Congo Motors), to which the National Bureau of the National Assembly would have entrusted this question to compensate the deputies wishing to subscribe for vehicles valued at 37. 500 dollars, the same amount of compensation of each National Deputy. In any case, they conclude, the Speaker of the National Assembly, Aubin Minaku, is placed under his sovereign responsibilities to decant this situation. Because, faced with the question, the only remedy, they stress, remains the payment of their compensation before this June 15, 2018.

To believe those elected officials who issued this ultimatum to the President, Aubin Minaku, long ago that they claim the solution to their grievances, however, legitimate. Unfortunately, Congo Motors did not succeed to this question, without valid reason. “It’s a constitutionally guaranteed right. The Government had already given the go-ahead and all measures had been taken between the Congolese Government which is the paying agent of the Deputies, a private bank and three concessionaires, among which Congo Motors (Asan Abdallah) “, supported one from them who had to confide in the sleuthing of your Journal.

“We MPs concerned by the thorny issue of exit benefits under your management (Congo Motors files), if we are not paid no later than June 14, 2018, expect a scandal that you will never forget during the closing of the March session of June 15, 2018 “, signed the authors of the aforementioned correspondence.

In lieu of $ 37,500, each National Member in sign of exit benefits, it was concluded that they would receive, for those who wish, a vehicle valued at the same amount from Congo Motors Lebanese subject Asan Abdallah . It must be pointed out, moreover, that the elected representatives were unanimous on this question pertaining to a right. And it should be added, the Government had already given the green light. Congo Motors said it was ready to propose to some elected officials a 4×4 Nissan double cabin, and three motorcycles if the cost of the vehicle is lower than the exit fee after deduction of all costs of the transaction. Unfortunately, many Subscribing Members are not always served.

Obviously, it will heat up next Friday at the hemicycle of the People’s Palace.

New Recruits of the Armed Forces of FARDC