In the heart of the population of Kinshasa, Laurent Batumona occupies a special place. His legendary solidarity, proximity policy, his strong ability to listen, to serve, his passion for development attracts to him incessantly sympathizers. political actor well known-and reconised- of economic life, it is sought in several districts to implement his political party in order to pursue his social struggle. 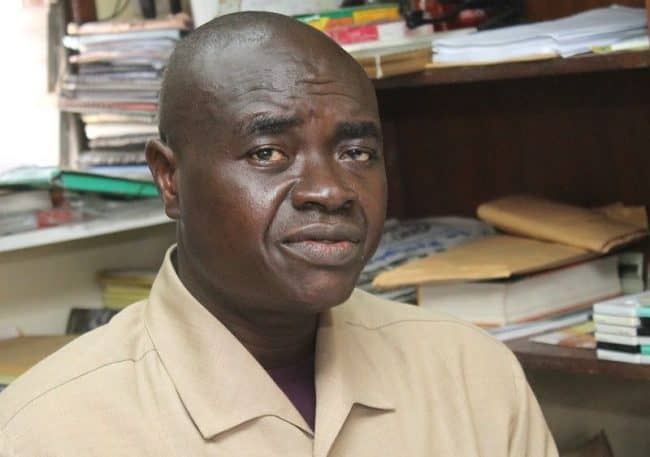 This is the reason for the assault he made in public and Ngaliema Mont Ngafula. He was responsible for numerous acts of common interest and a multitude of social assistance. But it is to DRC change and solidarity that this man of courtesy and a rare refinement has spent most of his time to implement the MSC Party. His political life that led him to two parliamentary terms of office, he placed social issues at the heart of the social project of his party, he has in mind to give a breath of hope to the poor. Since late June, the journalists roamed the neighborhoods of Ngaliema Public and Mont Ngafula to meet members of the MSC. A rare and precious testimony is rendered here in the following lines on the implementation of the party and its achievements. We will come back with other aspects.

This is for several years that the Solidarity Movement for Change has roots in the east of the city province of Kinshasa. In many ways, he felt obliged to throw arm and body following multiple arrests and demands of the population Ngaliema and Mont Ngafula who asked that his political party is implanted in them . He answered the call. Not only the above towns, but also the neighborhoods of Ma Campagne, Mont Fleuri, Delvaux, Lalu, Nalu, Gulf, Gramalic, eg Cuba. Baldwin Eboka, Manenga and Elikya. These populations are excited about the acts of solidarity that Laurent Batumona poses social and economic plans in other municipalities.

Elected to the Funa, but living in the Ngaliema, District Ma Campagne, the Honorable National Deputy Laurent Batumona Diata-Bawu, is Chairman of the Solidarity Movement for Change, MSC logo. He has been forced to broaden the base of his party, although qu’implanté in the western part of the city-province of Kinshasa.

Push by the enthusiasm of his property and made his acts in other cities, especially in the municipality of Makala or he grew up, he was further questioned repeatedly by its neighbors, in particular, and the population in general. Before that call, he eventually follow the voice of the people wearing it to heart.

Among the people who wished to see the MSC extend its tentacles to the west of Kinshasa, we met the witnesses who have graciously supported during the 2006 elections and 2011. Thus he has resolved to storm the two municipalities, and Ngaliema Mont Ngafula.

Here it should be remember that this party has ramifications that some may call cores in public Barumbu, Kinshasa, Lingwala, Kintambo. Basic cells are operational there.

Regarding in particular the Municipality of Ngaliema, she received support from some inspiring the party that led a campaign of recruitment and ideological training. Among the pioneers, it is necessary to recognize the merit of Simon Mbangu, Guelord Ndekuta, Nadège Elongama MPP candidate Selemani, Munganga family, Mrs. Dady Kusema, Ms. Rose, Ntumba mom, Odile and Jean-Pierre Landu mom.

Cells were especially created in the Cuba Quarter, ex. Baudouin. This is the case of cells that Chairman: Nsoki Mom Ntumba, Mrs. Germaine, Ms. Dady Kusema, Franck and Onia.

Lalu in the neighborhood, there is a cell called Elikya. It is run by the founder Ndingambote. A Delvaux, there is a cell led by Odile. In the district Eboka are two cells that Thérèse Woko and Nadège Elongama assisted by Ms. Nganda. A Manenga, President Manenga himself occupy. The Monganga area, and pumping Brikin flags MSC visibly float the implanted cells hot lines.

What does the MSC in the implanted cells?

According to the ideology and principles of the Solidarity Movement for Change (MSC), there is an established daily operating schedule. There is, does one found, an administration. Meetings are held regularly to cell hot lines every Sunday from 16 hours.

The leader of the cell, first, made contact with her local opinion leaders. It raises awareness about the ideology of the Party, and the change advocated by the party for the immediate and distant future of our country and people. It explains the project company, its Rules and the personality of the President of the Party.

There is the political news section. Members have an obligation to follow the news on the radio, television, newspapers and social networks to enrich exchanges at the meeting. The president of the Party of cell gives its views at the end compared to the ideology of Solidarity Movement for Change and the members give their assessment in this democratic exercise. Then he informed members about current political party and its activities. Thus members are informed in terms of political alliance, political trips, political appointment in the party. At that meeting, too, the social problem of the cell is addressed. The leader of each cell gives a report on security, safety, social, the fight against erosion, water, electricity, funeral and hospitalization. Part of solutions according to the rules of the party is committed to the Cell. The most important is submitted to the Presidency of the MSC to support.

MSC to the base due to the cash that is an absolute necessity for the functioning of the party, argued Ms. Dady Kusema “Thus, at each meeting the members bring its contribution. Our president Laurent Batumona raised awareness we bring to 500, 1,000 or even 10,000 Fc at each meeting to replenish the fund for operation and mutual assistance. ” Also, the member card sales is compulsory for new members. These two kinds of resources that form the MSC cash CTU.

How the MSC he mobilizes the population?

Members are transformed into mobilizing for the implementation of other cells. Here’s how the MSC operates at the speed of a flash in the pan. It currently has thousands of registered and holding a membership card members. In its neighborhood policy, the President Batumona performs occasionally visits motivation and moral and political rearmament.