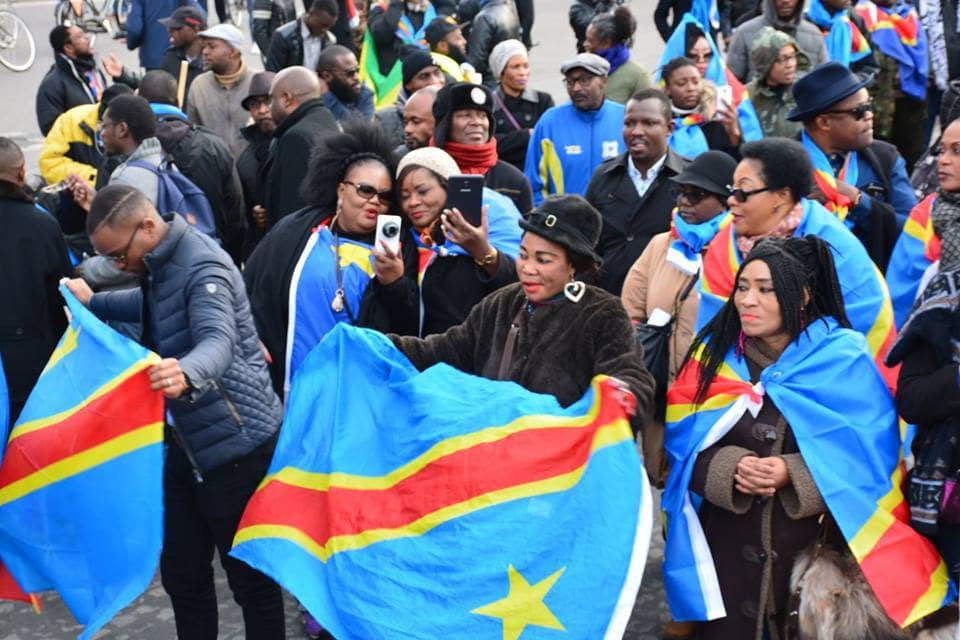 Both the national and international press, and especially social media, have echoed the meetings that some leaders of African countries are organising, without our participation, to discuss the institutional future of the Democratic Republic of Congo.

Another meeting to balkanize out motherland-DR Congo, by criminal forces under the supervision of the notorious Rwandan hardcore Criminal, Paul Kagame and Western imperialist forces, was planned in Brussels on June 5th, 2018. 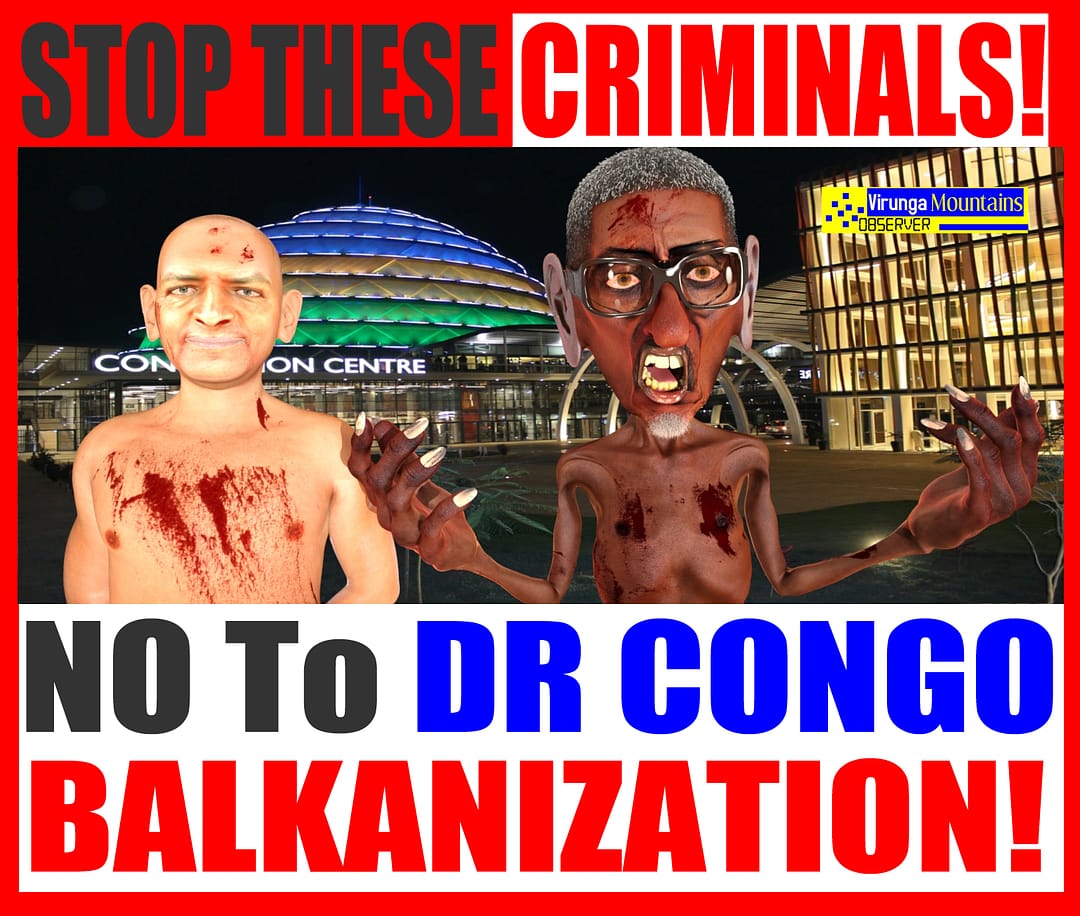 We have undoubtedly followed the reactions of the Congolese officials and, in particular, the harsh and explicit position taken by the spokesman of the Government, Mr. Lambert Mende.

As often, in world diplomacy, characterised by hypocrisy, the protagonists of the anti-Congolese plot have merged into clumsy attempts to mitigate their previous positions.

After having shouted in all shades, their right to interfere in the affairs of our country, each one believed to affirm his attachment to the respect of our sovereignty.

Our duty of patriotism and especially of the territorial integrity of the Democratic Republic of Congo obliges us to give some explanations to our compatriots about the particular nature of our country and the risks we face in the world, as it works today.

Special nature of the Democratic Republic of Congo

Surprising as it may seem, following the arguments of the Berlin Conference of 1885, which have been well maintained since then, it is difficult for many actors on the international scene to admit that the Democratic Republic of the Congo exists as a nation. This is how they find it difficult to support the existence of a unified, strong, organised and sovereign Congolese state from which its citizens derive pride.

By the expression “nation” we want, here, to express this feeling of unity, of identity that a people feels in its different components and which explains its will to want to understand its history as a unit and to imagine its future in terms of challenge to be met in common. In fact, it is this national right that they challenge us because, they think, it would give them the monopoly and privilege, of enjoying the riches lying in the soil that we control.

In 1885, the protagonists of the Berlin Conference perceived Congo only as a geographical space to conquer. Around this table, Europeans could have no regard for the peoples who occupied Central Africa.

Despite the establishment of the Independent State of Congo (EIC), in 1908, the transfer of this territory to the Belgian State to make a colony, the Congo-Belge, despite the historical evolution and the demographic mix that has taken place during the twentieth century, to the point of leading to a new consciousness that allowed to claim independence as a unified entity, many foreigners remained fixed on the perceptions of the early nineteenth century. Even today, blinded by ignorance and their greedy propensity to want to seize at all costs what nature has put under our feet, some actors on the international scene, near or far, persist in denying the the existence of the DRC as a nation with the right to freely establish itself as a State exercising complete sovereignty over this territory which the Almighty Creator favoured in every respect.

This reality should not desert the conscience of any Congolese who wants to understand the vision that some of us have. Anchored in this misconception of the Congolese reality dating back to 1885, some of them are convinced that it only takes a few dollars to bribe the Congolese and convince them to betray “a nation” which, for them, would not exist.

An African character at the beginning of the 21st century is emblematic of this tendency to deny the existence of the DRC and, above all, to challenge its sovereignty over its entire territory.

Indeed, Criminal Paul Kagame, has put himself in the lead to work to the dislocation of our country. Maliciously, he strives to convince his own compatriots, his masters or foreign admirers that the Congo is a superficial and naturally over-extended construction. According to this fallacious argument, it would be legitimate for a part of that country to be annexed to Rwanda.

Since capturing power in Rwanda in a blood bath- Criminal Paul Kagame, has constantly sought to take advantage of all periods of fragility of the Democratic Republic of Congo to engage in manoeuvres likely to cause its dislocation. Those who are attentive to the history of our country know that Kigali had tried to make the long march that led to the liberation of the DRC from the Mobutu dictatorship. Having failed, Kigali organised a new aggression under the guise of a Congolese political party, the “RCD”. It is the strength of the Congolese patriotism which made it possible to get out of this fraudulent Lusaka Agreement. The dictator of a thousand hills, had again intervened in our country through the CNDP. This time too, he stumbled on the Congolese patriotic feeling and was shocked with his loss.

It was during his last attempt to seize a part of our country, using the M23 criminal out-fit, that Dictator Paul Kagame, suffered his worst military defeat against the troops organised by Patriotic Congolese. From that thumping, he kept a grudge that has made him even more psychotic. It is thus necessary to understand the current manoeuvres tending to lead our country in a situation of weakness to be able to dislocate it more easily and to seize pieces of the provinces of Kivu.

We all know the tourism terrorism in the Virunga National park, that Rwanda terrorists have been carrying out-the Killing of Park rangers, the kidnap of foreign tourists, the poisoning of lions, and the planting of land mines to deter tourists from visiting the game park. The Congolese Patriots are very aware of those barbaric acts by the Rwanda criminal out-fit.

The endless trips that Criminal Paul Kagame – has made to Luanda, Brazzaville, Paris and Brussels are directly involved in this strategy of conquering our Motherland. The Congolese politicians who’ve entered this dangerous game, hoping to profit from it, are otherwise naive, at least pathetic traitors to the Motherland.

On behalf of those who, decade after decade, built the Congolese nation, in honour of Patrice Lumumba, in tribute to Mzee Laurent-Désiré Kabila and in the interest of our own offspring, we have the duty to defend  what that Almighty God entrusted to us.

Its time for all Congolese to stand up and be counted!