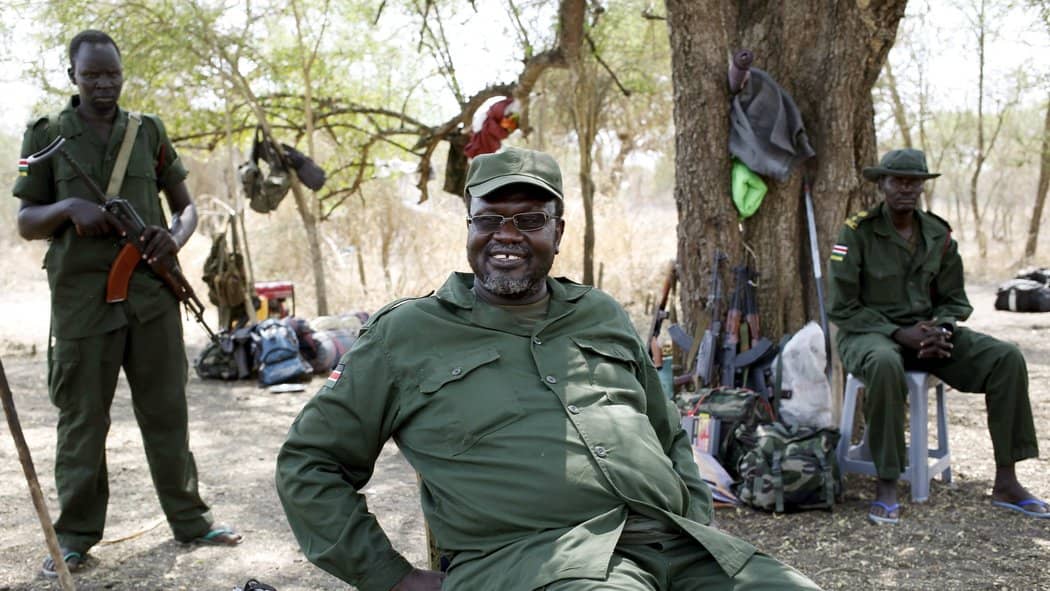 The outcome of IGAD plus Heads of State and Government Summit, find below the Communique:

The Assembly of Heads of State and Government of the IGAD Plus held a Summit meeting on 5th August 2016 in Addis Ababa, Ethiopia and deliberated on the prevailing situation in South Sudan. 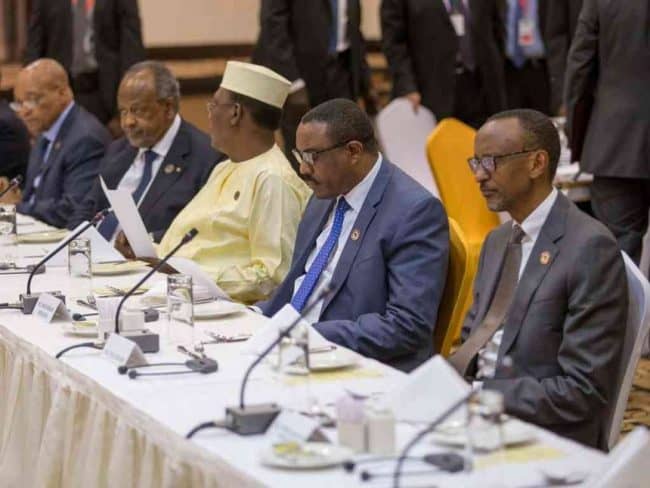 The Heads of State and Government of the IGAD Plus:

1. Takes note of the report and recommendations made by the Chairperson of JMEC, the Special Representative of the United Nations Secretary General and the Head of the UN Mission in South Sudan (UNMISS) and the Deputy Chairperson of the African Union Commission;

3. Expresses deep concern over the internal displacement of South Sudanese people facing grave humanitarian situation and the massive exodus of refugees to neighboring countries, which constitute a humanitarian crisis of enormous proportions,

4. Underlines once again that the situation in South Sudan is a serious threat to regional peace, security and stability, and recognizes that the neighboring countries have been shouldering the heavy burden of the conflict since its outbreak in December 2013, including continued and intensive flow of refugees, as well as proliferation of illicit small arms and weapons and instability;

5. Reiterates that the international community, particularly the UN Security Council, has the duty and moral responsibility to act decisively and swiftly in support of the IGAD and AU efforts with a view to bringing to an end the suffering inflicted upon the people of South Sudan and facilitating the early and sustainable solution to the conflict;

6. Reiterates its condemnation in strongest terms the fighting that broke out in Juba on 8th July 2016 and the continued conflict between the Sudan People’s Liberation Movement and Army In Government (SPLM/A-IG) and SPLM/A In Opposition (SPLM/A-IO) and the resulting in huge loss of lives and suffering including the displacement of the civilian population and destruction of property, also condemns reports of widespread sexual violence, including rape and gang rape of women and young girls. In this respect, reiterates its call for an urgent in-depth independent investigation by the African Union on the fighting that took place in Juba and to identify those responsible with a view of ensuring that they are held accountable for their criminal acts;

7. Condemns also the targeting of the diplomatic personnel, UN compound and Protection of Civilian Sites (POCs) that resulted in the deaths of peacekeepers, as well as attack on aid workers and looting of the UN humanitarian stores by armed groups. In this regard, demands that the looted equipment and food items be returned immediately and unconditionally;

8. Further condemns the continuing obstruction of CTSAMM-MVTs and UNMISS from implementing their tasks and mandates, and calls upon the Government of South Sudan to issue the necessary orders to guarantee CTSAMM and UNMISS freedom of movement and to respect the Status of Forces Agreement between South Sudan and UNMISS;

9. Endorses the outcome of the meeting of the East African Chiefs of Defense Staff held on 29th July 2016, in Addis Ababa, on the deployment of Juba Security Force as the basis for further and urgent discussion with the United Nations towards reaching a common ground on speedy deployment of the Force under UNMISS, and calls upon the UN Security Council to urgently extend the mission of UNMISS with a revised mandate including the deployment of the Force from the region, with distinct responsibilities under the direct command of a commander who will report directly to the overall UNMISS Force Commander, to be based in Juba, with the following mandate:

d. Disarming any actors targeting civilians, peacekeepers and their premises/assets, humanitarian actors and any such identified armed groups that threaten peace, secure and protect Juba International Airport jointly with South Sudan authorities, control of the influx of IDPs into Juba to minimize incidences of confrontation amongst the ethnic groups,

e. The use of UNMISS civil police to enhance the joint local police, and
f. Determine the level of security details and weapons to be assigned to key personalities and government dignitaries, including senior military officers;

10. Directs the East African Chiefs of Defense Staff to invite the SPLA Chief of Staff and the SPLA-IO Chief of Staff to mediate the return to the implementation of Chapter Two of the ARCSS with the objective of unification and integration of the forces;

11. Calls upon the TGoNU to express its consent for the expeditious deployment of the Juba Security Force, and in this regard, stresses that the Government bears a heavy responsibility to facilitate the deployment of the Force to avoid further deterioration of the situation and create conducive condition to the effective functioning of the TGoNU and the implementation of the ARCSS;

12. Mandates the Chairperson of the IGAD Assembly of Heads of State and Government to convene a high level delegation of a sub-committee of the front line states to engage H.E. President Salva Kiir Mayardit and Dr Riek Machar with a view to return to the status quo ante in line with ARCSS;

13. Requests the African Union Commission, in consultation with the United Nations, and building on existing regional and continental capabilities, to look into the best mechanisms for timely and effective action to address large scale mass atrocities in line with the relevant provisions of the Constitutive Act of the African Union, the Protocol Establishing the Peace and Security Council of the African Union, and Chapter VIII of the UN Charter;

14. Further calls upon the parties to desist from any action and negative rhetoric that undermines the Agreement on the Resolution of the Conflict in the Republic of South Sudan (ARCSS) and to honor their commitment that they have entered into when signing the Agreement and urges them to fully implement the Agreement as it is the only framework for durable peace, reconciliation and national cohesion;

15. Reaffirms previous pronouncements by the African Union and the IGAD on the need to take the necessary punitive measures against any party that fails to honour its commitments under the peace agreement and continues to undermine the search for solution to the conflict, in line with the Agreement;

16. Commends and expresses strong support to H.E. Festus G. Mogae, the JMEC Chairperson for his relentless efforts to bring about peace and national reconciliation in South Sudan and condemns any threat to the independent functioning of JMEC as provided for by the ARCSS;

17. Calls upon the international community to enhance its support to the implementation process of the ARCSS and, in this respect, urges the UN, in close coordination with the AU High Representative, to take the required steps to enhance the efforts being undertaken by the region, including safety and security of JMEC, as well as full support and mobilization of political and other necessary support from within and outside the African continent;

18. Appeals to the international community and humanitarian agencies to continue assisting the affected populations in South Sudan by strengthening their presence and mobilizing requisite resources for the 6.1 million South Sudanese that need humanitarian assistance including the 1.6 million internally displaced and 900,000 refugees in the neighboring countries, and in this connection, demands the parties to guarantee safe humanitarian corridors for passage of displaced communities and delivery of humanitarian supplies;

19. Underlines that this communique represents the united stand and considered view of IGAD and the AU through its High-level Ad-hoc Committee on South Sudan, and looks forward to the individual and collective support of all Security Council members in the context of Chapter VIII of the UN Charter. In this regard, requests the Chairperson of the Commission to urgently transmit this communique to the UN Secretary General and, through him, to the UN Security Council for its action as appropriate and to engage all concerned Africa’s partners to mobilize their support and to report on her efforts to the Peace and Security Council. And further requests the AU to initiate discussion with the UN for the implementation of the communique, in particular paragraph 9 and 13;

20. Decides to remain actively seized of the matter.