It is today that the Presidential Majority will hold its meeting at the Stade Tata Raphael. Indeed, in a statement issued on 27 July in Kinshasa, André Alain Atundu Liongo, Spokesman of the Presidential Majority, made an impassioned appeal to all Kinshasa, to massively participate in the meeting of support to the dialogue, peace, stability and the electoral process. He also commended the tireless efforts of the Facilitator Edem Kodjo, for the effective holding of inclusive national dialogue. 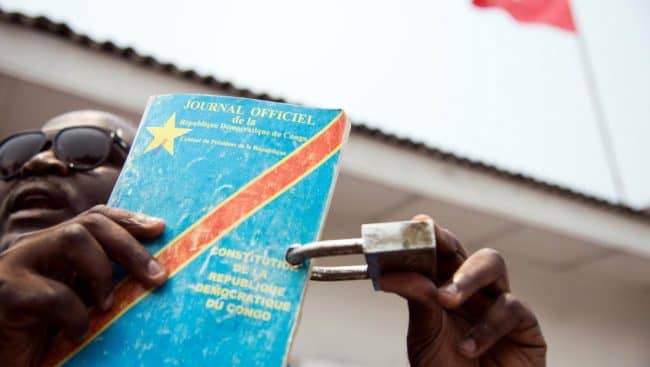 Below the statement of the Presidential Majority.

The Presidential Majority notes the explanations provided to the opinion by the Facilitator on the unjust accusations against his person by a certain segment of the Opposition called “Rally”.

Overall, the Presidential Majority commends the tireless efforts of the Facilitator for the effective holding of national and inclusive political dialogue.

The Presidential Majority supports its initiative to convene this July 26, 2016 the various delegates for validation of their mandates so that the work of the Preparatory Committee actually began on 30 July.

The Presidential Majority welcomes the position of the Bishops of the Catholic Church condemning political results of this radicalized fringe of the Opposition for the obvious purpose of hindering the process of inclusive national dialogue convened by the Head of State.

The opinion must know that to date the powers that be satisfied significantly to the essential requirements of the Opposition. For the record, these are:

To fix the opinion on the reality of things, the Presidential Majority calls the people of Kinshasa to attend the Meeting overwhelmingly it lies in Tata Raphael Stadium this July 29 to support the dialogue, peace, stability and the electoral process .

spokesman for the Presidential Majority