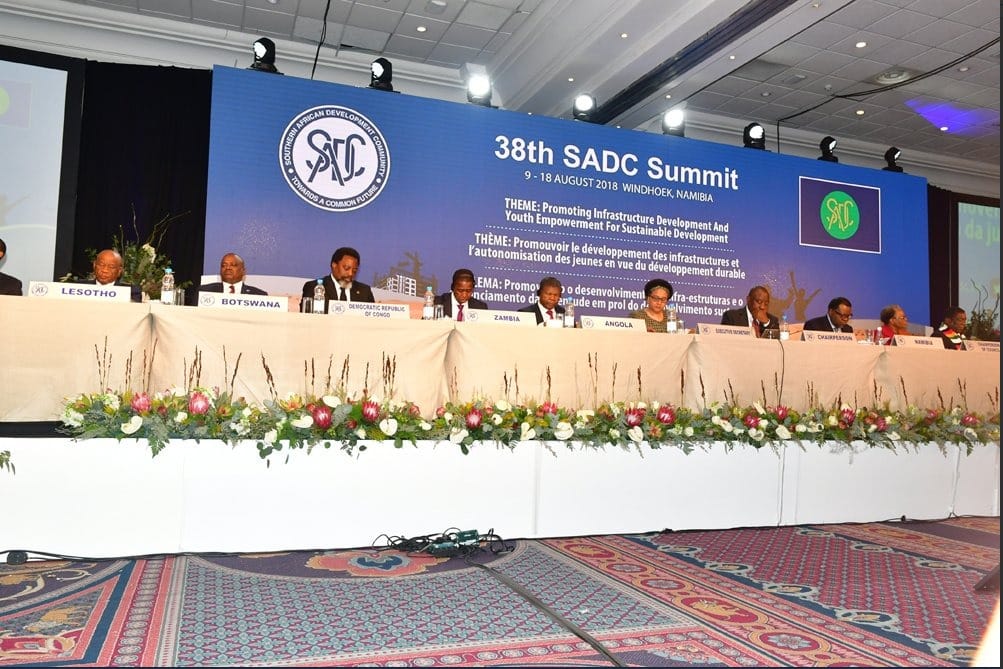 Meeting in Windhoek, Namibia on the occasion of the 38th SADC Summit, the Heads of State and Government welcomed President Joseph Kabila, for having respected the Constitution, by appointing a Successor for the presidential election of December 23, 2018 , and the government of the Republic, for its determination to finance the electoral process with its own resources. For his part, Joseph Kabila expressed his country’s gratitude for supporting SADC member countries in the DRC’s reconstruction efforts. “SADC is not just an organization; but she has become a family for me, “he said, recalling that” for twenty years, SADC has always been with the DRC and its sons and daughters have shed their blood for peace in Congo. “. He reassured that peace, state authority, stability are real and democracy irreversible. The words of Joseph Kabila, according to which: “I do not say goodbye to you; I’ll see you soon “, were misinterpreted by an opposition going to war, disappointed that Kabila did not give him the perfect opportunity to exercise his plan to seize power by undemocratic means in favour chaos ardently sought with the help of their accomplices both national and international. And yet, the real meaning to give to this sentence is that he respected the Constitution, he is a senator for life and if the elections are held five years later, he would not find any inconvenience to not represent himself.

On this occasion, the leaders of the Southern African Development Community (SADC) gave an overview of the problems that prevent the smooth functioning of peace, stability and security in their respective countries. . They made recommendations related to the promotion of democracy, good governance, foreign interference and transparency in elections. During this session, power has changed hands at SADC. Dr. Hage G. Geingob, President of the Republic of Namibia, was elected to head the regional structure. He thus takes the place of the South African president, arrived late term. The president of Zambia takes the body of politics, defence and security of the region, functions formerly carried out by the Angolan head of state. He will succeed Emmerson Mnangagua at the next summit. Protocols have been signed, one on SAPO-SADC, on politics, defence and security.

The second is an instrument for the elimination of malaria in all SADC territories. Heads of State have dubbed it “Windhoek Declaration for the Elimination of Malaria”. The closing ceremony was marked by the swearing in of Ambassador André-Maurice de Seychelles, appointed Deputy Executive Secretary in charge of current affairs, in place of Congolese Emilie Mushobekwa, who finished her term in October 2018. In order to consolidate peace, stability and security in the SADC countries, the heads of state have analysed the situation in each country and identified elements that can promote development. The leaders recommended further reforms and dialogue in Lesotho, with the help of South Africa. Madagascar has been obliged to reach an agreement with the new Prime Minister, in the framework of peace with the opposition …

It should be noted that the Congolese presidential delegation included the Deputy Prime Minister, Minister of Foreign Affairs and Regional Integration, Leonard She Okitundu; Nehemiah Mwilanya, Chief of Staff of the Head of State; Emmanuel Ramazani Shadary, Permanent Secretary of the PPRD and candidate of the Common Front for Congo (FCC) in the presidential election on December 23, as well as the president of the Independent National Electoral Commission (INEC), Corneille Nangaa.