In a press briefing held this Saturday, January 11, 2020 in Beni by the spokesperson for operations Sokola 1, several revelations on the progress of the so-called “large-scale” military operations against the armed groups, were given to the press a few days after the capture of Madina by the FARDC, Headquarters of the Uganda ADF rebels. 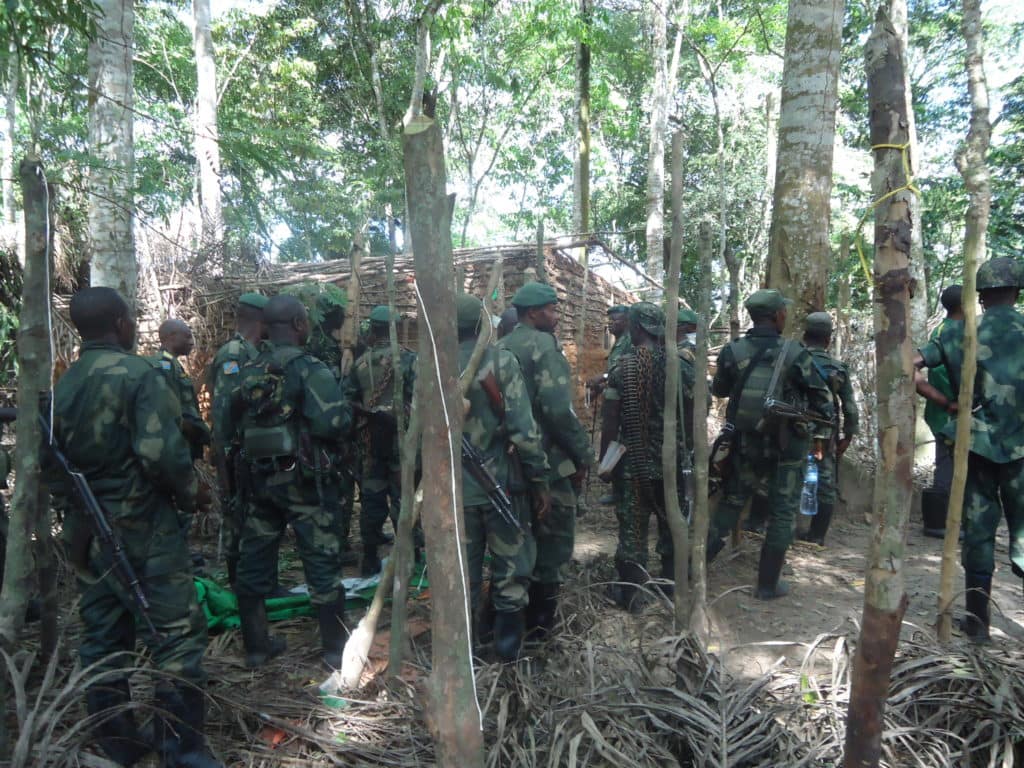 According to Major Mak Hazukay, at least 40 rebels, including 5 of their leaders, have been killed in recent clashes in Madina, Liva and Mapobu.

“We killed 40 ADF on the Madina-Mapobu and Liva sections, including 5 leaders. Among them, the secretary of Jamil Mukulu and Kamabale Atusubola,” said Major Mak Hazukay.

In addition to the rebels killed, the army announces that it has recovered ammunition from different battles, including 5 Pkms, 21 firearms, 5 homemade bombs, as well as knives.

9 Mayi-Mayi militiamen who served as trackers for the ADF in their movements from East to West were also neutralised and three others captured during hand-to-hand combat.

Mal Hazukay attributed and dedicated this “victory” to the Head of State, and supreme commander of the FARDC, Félix Antoine Tshisekedi Tshilombo, to the entire Congolese population and to all the FARDC elements.

However, since the start of these large-scale operations on October 30, 2019, civil society reported that more than 200 civilians have been killed in several districts and localities of the Beni region, in attacks attributed to these rebels of Allied Democratic Forces.

The conquest of Madina, one of the great bastions of the ADF rebels in Beni (North Kivu), by the Armed Forces of the Democratic Republic of Congo (FARDC), has aroused many reactions within the Congolese socio-political class.

This subject was also the main topic of discussion yesterday, during the 17th ordinary meeting of the Council of Ministers chaired by the Head of State Félix Antoine Tshisekedi Tshilombo.

According to the Minister of Communication and Media, the next FARDC target is undoubtedly the dismantling of “New Madina”.

“This certainly begins the dismantling of NEW MADINA, the last sanctuary of the ADF” government spokesman David-Jolino Makelele said in the final report of the cabinet.

It should also be recalled that, the Head of State Félix Antoine Tshisekedi Tshilombo and the whole of the government congratulated the armed forces on the exploits (in particular the conquest of Madina ), as well as the population for its involvement.