On International Women’s Day, We salute all Women!! We think this day should be everyday as one day- is reserved for the elite class, to be seen doing something, and that’s why its only the elite class that are invited to podiums,luncheons,etc. 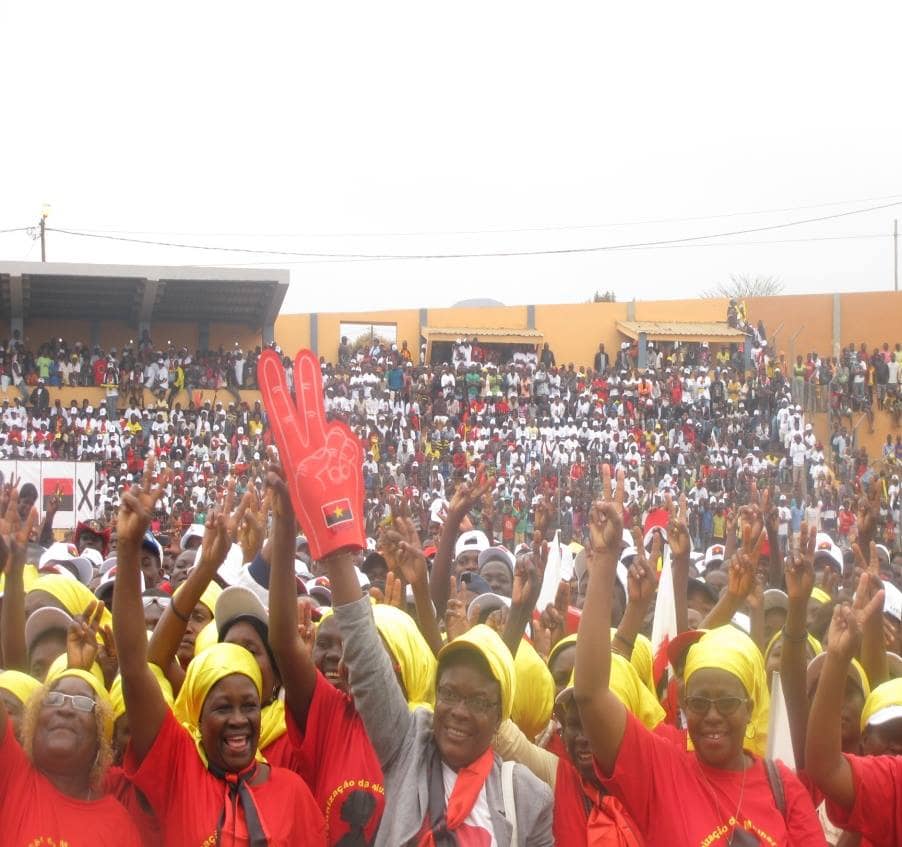 Working with the MPLA-People’s Movement for the Liberation of Angola has always been very interesting. Unlike most political organisations in the world. Its women that do most of the door to door canvasing. The men are always in the backround. leaving the women do the persuading.

Its not accidental, as Women played the most important role during the Liberation struggle. The OMA is the MPLA’s largest political organisation working on women’s mobilisation, sensitisation and education since the dawn of the national liberation struggle.

It was founded in 1962 in the Democratic Republic of Congo by a group of Angolan women who were in that country where the MPLA, at the time was based- fighting for the Independence of Angola. During that time, the OMA mobilised women to participate in all the tasks of the revolution from literacy to social support to the guerrillas and also participating in the fighting.

The major projects that OMA is today actively involved in Angola are; political, economic, social and cultural spheres and actions such as citizenship education, health education, combating poverty, illiteracy, violence, solidarity, social and legal support for families and victims of violence.

Today the members of OMA represent 51% of the total MPLA militants.

The presence of the five guerrilla martyrs, namely Deolinda Rodrigues, Irene Cohen, Engrácia dos Santos, Teresa Afonso and Lucrécia Paim, in the Kamy Squad demonstrated the role of women in the struggle against Portuguese colonialism and it is a profound testimony of the revolutionary struggle for the liberation of Angola, as well as the mobilizing and supportive sense of the people to the MPLA, without differentiation of ages, sex, religious or tribal beliefs.

The guerrilla heroines participated in all political and military activities and even held positions of leadership within the columns, as is the case of Comrade Deolinda Rodrigues, who was part of the Command Corps, in charge of the detachment journal.

The Kamy Squadron encountered various events during the struggle, ranging from the lack of knowledge of the terrain to the difficulties of crossing the Mbridge River (Zaire province, north-west of Angola), the presence of the FNLA militias who dominated the region, until the hunger that physically and morally debilitated its members.

Because of this situation, the squadron, which was later reduced to 27 guerrillas, after being attacked by the FNLA, also witnessed the death of their comrades, especially those who, being weak and sick, did not manage to cross the Mbridge River and move on.

Out of this group are Comrade Ludy Kissasunda and the five guerrillas.

Unarmed and unarmed, on March 2, 1967, the guerrillas fell into the hands of the FNLA, who arrested them and took them to Kamuna (Congo-Kinshasa), in the dreadful Kinkuzu concentration camp, where they would later die, at a time and circumstances hitherto unenlightened.

But it is known, from some witnesses, that Comrade Deolinda Rodrigues was burried alive.

Viva to the Peasant Women!